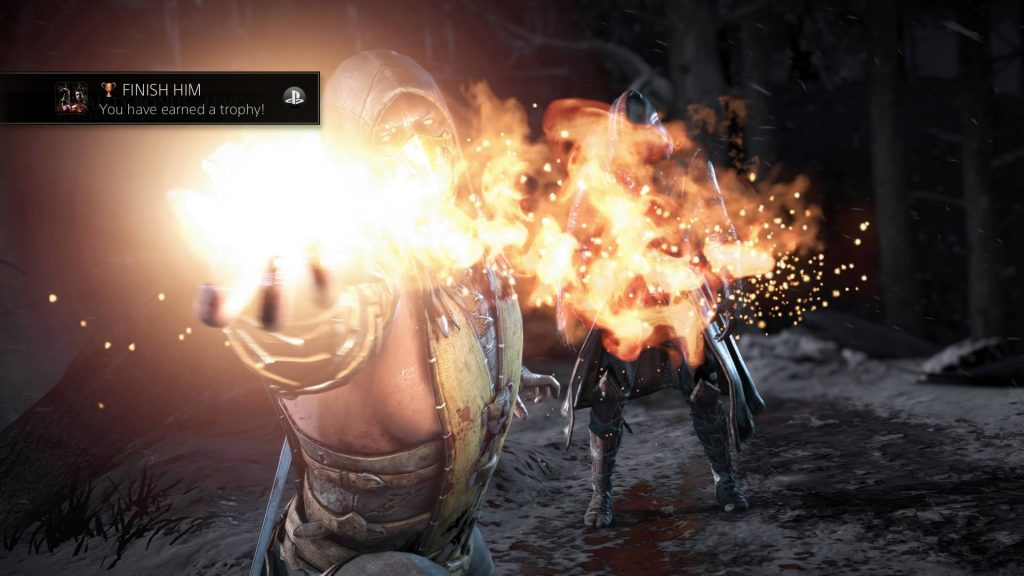 A fighting game series that has long stood the test of time would be that called Mortal Kombat. The series started out in 1992 and up to present date has spawned numerous sequels and spinoffs. At one point the franchise felt like it was getting stale but NetherRealm Studios (formerly Midway Games Chicago and bought by WB Games) went back to the drawing board with Mortal Kombat 9. They rebuilt the game from the ground up and it was a very entertaining game to play. I spent hours on online, in my house, friend’s house playing it. I even went through the long story mode 2x. Mortal Kombat X is its successor is the first MK game to bring the series to next-gen. Is the transition to the new consoles a hit or miss? 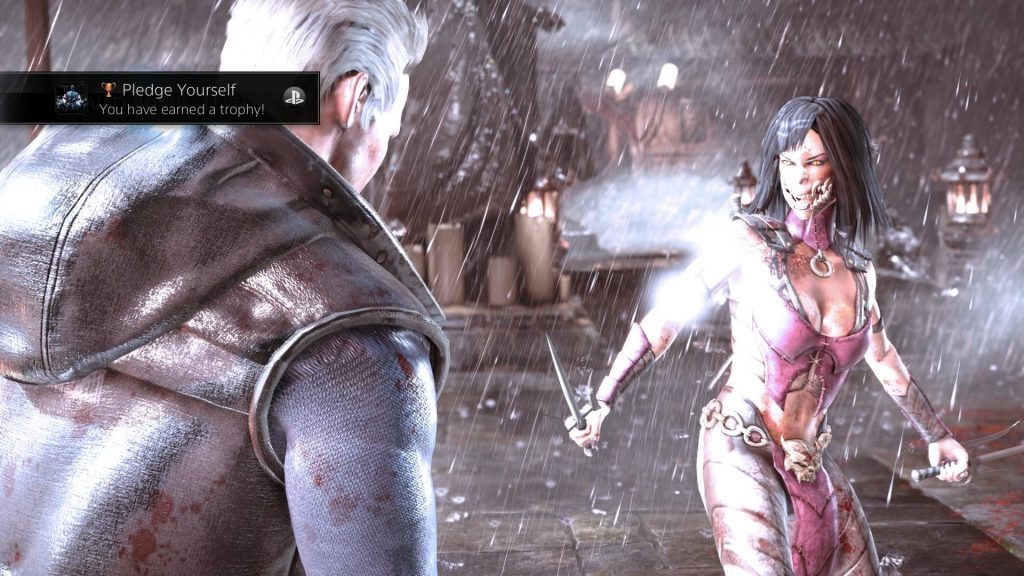 First off, if you haven’t played Mortal Kombat 9 or at least gotten through the storyline then you have a lot of catching up to do. MK9 essentially took you through MK, MK2, and MK3 with the story tweaked a bit. Mortal Kombat X continues two years and spans at least up to 25 years while playing the story with flashbacks and such. In between that time you will see how Quan Chi has control over certain Earthrealm fighters and while some are eventually released some never seem to get from his grasp.

You also get introduced to new fighters or should I say offspring such as Cassie Cage (Johnny Cage & Sonya Blade daughter), Takeda (Kenshi’s son), Kung Jin (cousin of Kung Lao) and Jacqui Briggs (Jax’s daughter). Other new faces are Erron Black who’s a gunslinger, Ferra/Torr which is a big monstrous dude with a little girl commanding him on his shoulders, and D’Vorah who is a real slithery insect woman. There is a huge battle for an amulet which seems to pass hands multiple times. I enjoyed the story as it has some length to it but it’s not as long as Mortal Kombat 9. MK9 had 20 Chapters while MKX has 11 and they don’t feel as tedious and long. 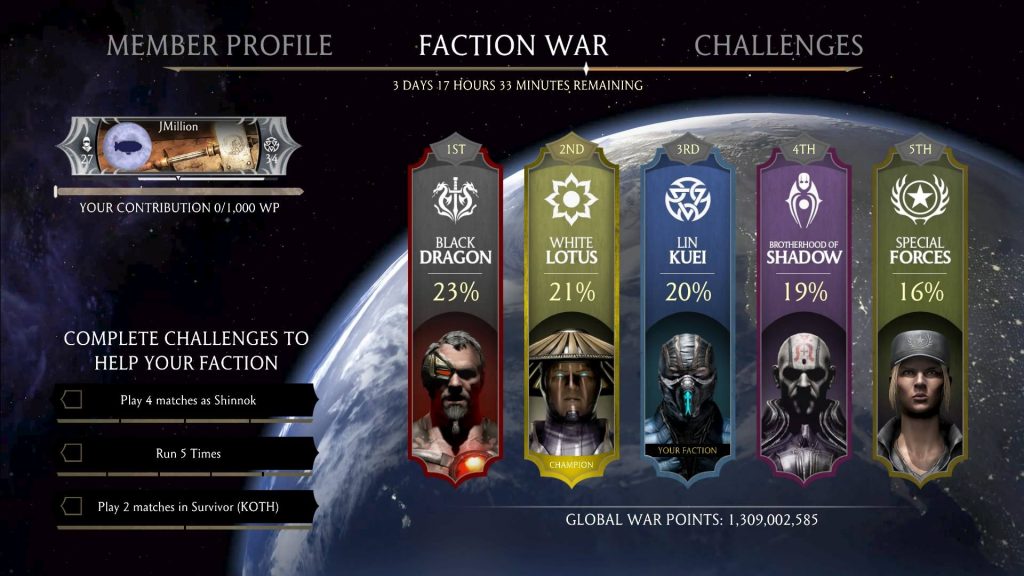 Each character has three fighting styles which vary. They are usually based on one relying more on special, one on combos and the other maybe out the norm. Some styles will have the same moves while others will be missing some or have something else added. It adds replay value as you can take time to master the style of your favorite character and also possibly throw off your opponent.

Towers have made a return which is great but if you want to live dangerously you can do some of the Living Tower challengers which change every hour or every day. They have also divided the MK combatants in “Factions”. Depending on what faction(Black Dragon, the Brotherhood of Shadow, the Lin Kuei, Special Forces, and White Lotus) you join(you can always change) you can gain XP points, Koins, you name it depending on if you complete the challenges laid ahead. Also try to do the Faction Kills finishers as they are extremely easy to pull off.

The Krypt feels like a game in itself as you get to navigate around and gain unlockables based on your selection. Some sections you can’t even get into until you find the key to that specific area. Some range from Scorpion’s Spear to Sub-Zero’s Iceball. It’s interesting to play and also if you want to slow down from all the fighting of MK for a minute. 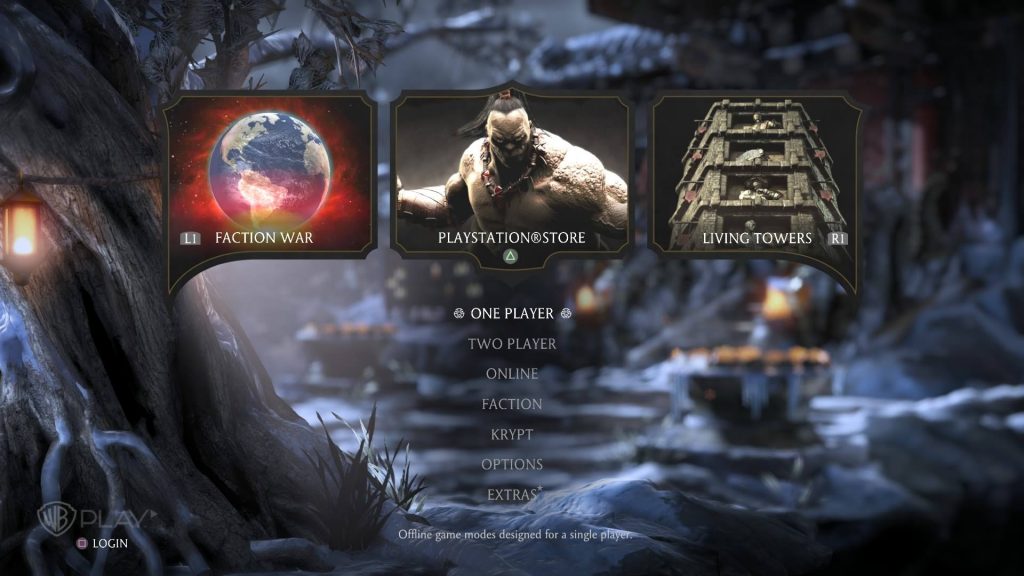 The online play has been pretty bad in my eyes. Whether it’s trying to look up the status of a current Faction I’m in or trying to get into a quick match I have experienced errors. Maybe it depends on the time you go on as I have seen others on my friends list playing online for hours on end. I have a great connection too (300mbs/down, 20+mbs/up).

If a game has even tried to force feed you DLC it would be Mortal Kombat X. The main screen offers options to purchase characters and when you are in the character select screen if you happen to hover over “Goro” it will allow you to buy him right on the spot. I can understand not wanting to spend hours going through the Krypt, but selling “Easy Fatalities”? The finishing moves themselves aren’t even that hard compared to previous MKs.

Even with its minor shortcomings I love Mortal Kombat X. Maybe because I spent countless hours playing it offline with friends so the online issues didn’t bother me as much. But it’s a very fun game and there is a ton of replay value in it. Nice linear storyline, adventures in the Krypt mode, and challenging and forever changing options in Living Towers.

The hardest choice might be deciding which system to get it for. I picked it up for PS4 but may grab an Xbox One copy to battle my other friends as well online (when it works).