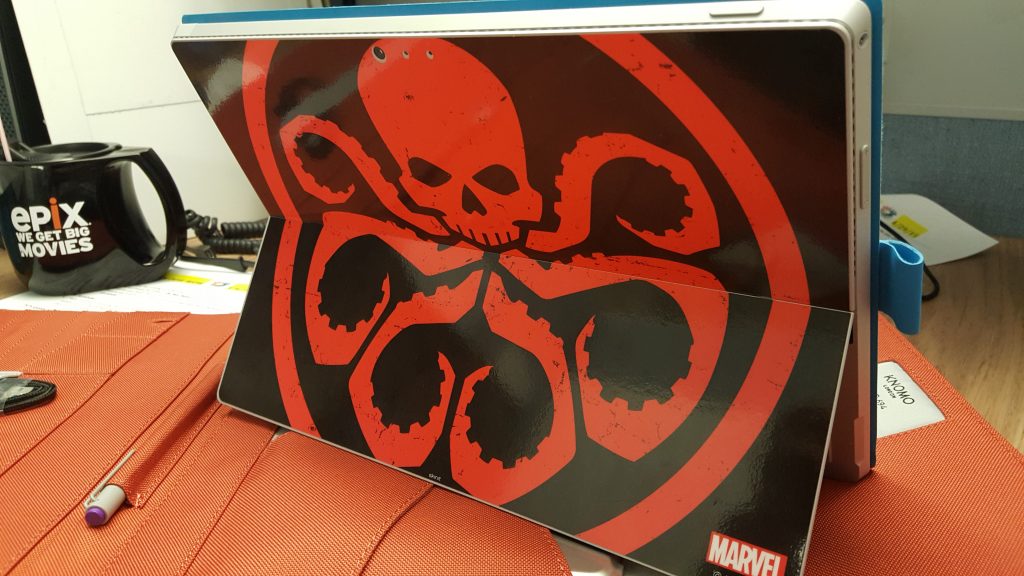 Time flies but you wouldn’t believe a year ago this month we were pleasantly surprised with the Microsoft Surface Pro 3. I remember going to the surprise event expecting a mini tablet as were many others in attendance. Instead we were given a successor to the Surface Pro 2 which at the time people there was nice but could be much better. They redesigned the entire body covering it in Magnesium and also growing it to 12” whereas the Surface Pro 2 was just about close to 11” Microsoft even managed to cut the weight down which was starling in itself. So with all this said how has the Surface Pro 3 fared a year later?

First off I used the Surface Pro 3 as my daily driver. When I mean daily I used it as my own full-fledged PC.I use it with cases such as the Knomo Knomad Surface pictured above and even applied a skin decal to it(review here). I have never done that to any laptop I have used before.  Whether it was doing articles (including this one you’re reading) or videos, or even presenting some work the Surface Pro 3 was made life easy. Covering events such as CES, and local NYC events made it easily as the Pro 3 felt weightless in my bag. The heaviest thing about the Surface Pro 3 would most likely have to be its power brick and adapter. If they found ways to slim those down it would be heaven. The Surface Pro 3 model I been using is the unit housed with a Core i5 processor, 256GB storage and 8GB RAM. You can read my original review here.

Going total Surface wasn’t something easy to jump into and there are a couple of reasons. While I love typing on the Type Cover there have been times where it has gone unresponsive and have to wait for it sync up again. It’s painfully annoying when you are trying to type something. Handling updates has been a 50/50 decision with the Pro 3. Sometimes it would take them good and other times not so much. This thing can heat up. If you watching videos or doing activities that can put pressure on the processor get ready to feel the burn with the fan blowing and the temperature rising. Because of the Pro 3 design though you’d only feel it on the right side (facing you) of the tablet. Also I felt it could have used a USB port but I have learned to live with that and utilized the microUSB slot a decent amount.

I did get my Surface Pro 3 replaced back in February and it fixed a lot of these issues I had. This could have occurred from having a pre-release model or wear and tear. I actually think it was being pre-release though. 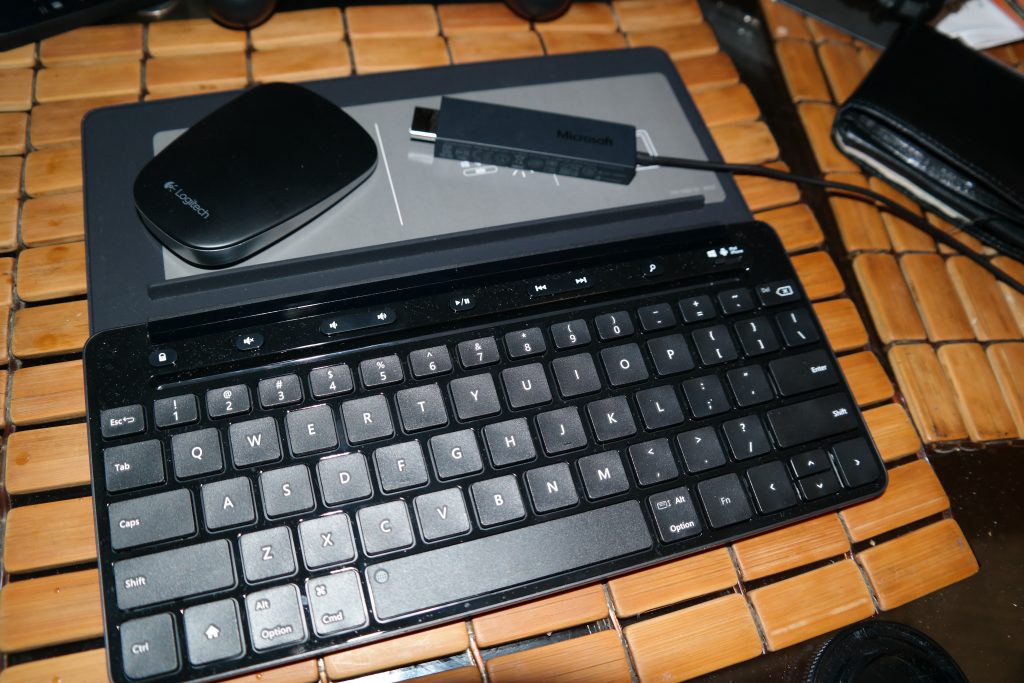 A great thing about the Surface Pro 3 is you don’t have to get stuck using the same attachments to it to get work done. While the Type Cover 3 is a nice accessory to accompany the device if you don’t like the click-on keyboard you can always use another Bluetooth keyboard. I have tested it with a Logitech K480 Multi-Device Keyboard, a Bluetooth keyboard designed for the now infamous HP TouchPad and my personal favorite which is the Microsoft Universal Mobile Keyboard. In the mouse department I favored Logitech’s Ultrathin Touch Mouse. It’s small, fits just about anywhere and can be recharged by microUSB. Also you can sync it to use with two devices if need be. 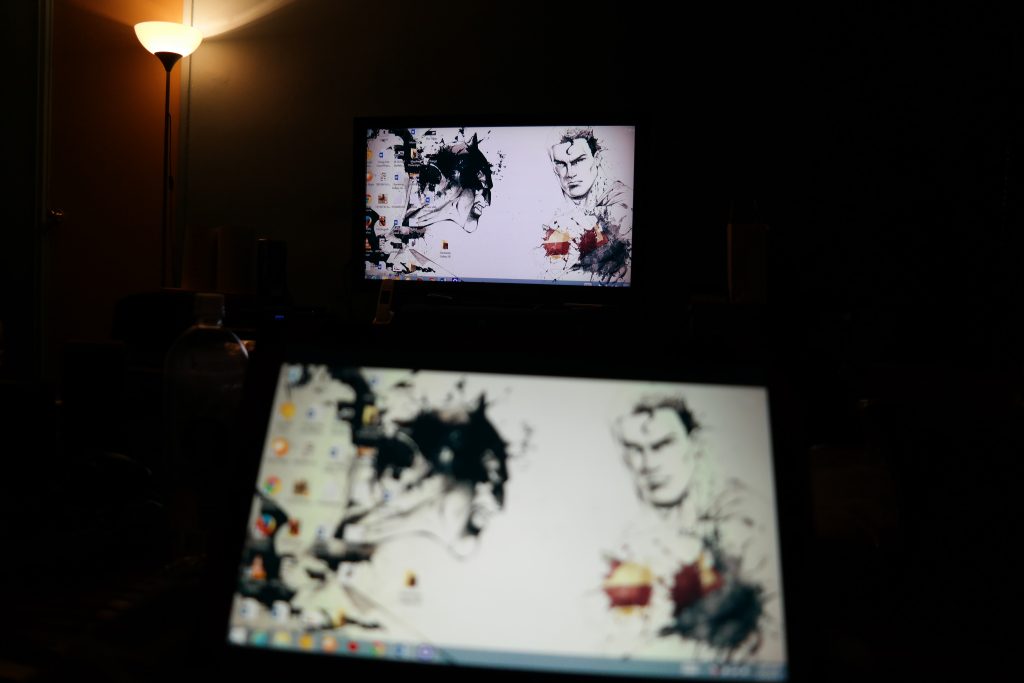 The last accessory essential to use with the Surface Pro 3 would be the Wireless Display Adapter. All you really do is plug it into a HDMI port on your TV and then link up with it on your Surface Pro 3. You can then project whatever is on the screen with audio and video capabilities. Awesome when you’re in the household and want to watch a movie you don’t have to be glued to your laptop screen. Another great example is when we were at CES when we wanted to watch some episodes of Black Dynamite. I just plugged the adapter into the hotel TV and it was smooth sailing. I use it more for video transmitting options but you can imagine the use for presentations and so forth.

Being able to make choices like this allows you to have your own personal experience with the Surface Pro 3 and live your computing life as you see fit.

People have been expecting the oft-rumored successor which is supposed to be the “Surface Pro 4”. Microsoft has so far have just released a Surface 3 model. It’s for those interested in the build, design, and features of the Pro 3 just with not as powerful specs. That does lead to a lower price point starting at $499 compared to the Surface Pro 3 at $799 stating price.

While I tend to look for the next big thing in tech I have been pleased with the Surface Pro 3. There were some bumps in the beginning but they have been pretty much smoothed out. It’s good to see Microsoft has found their place in the tablet/laptop hybrid market and nothing is coming close to matching this right now.