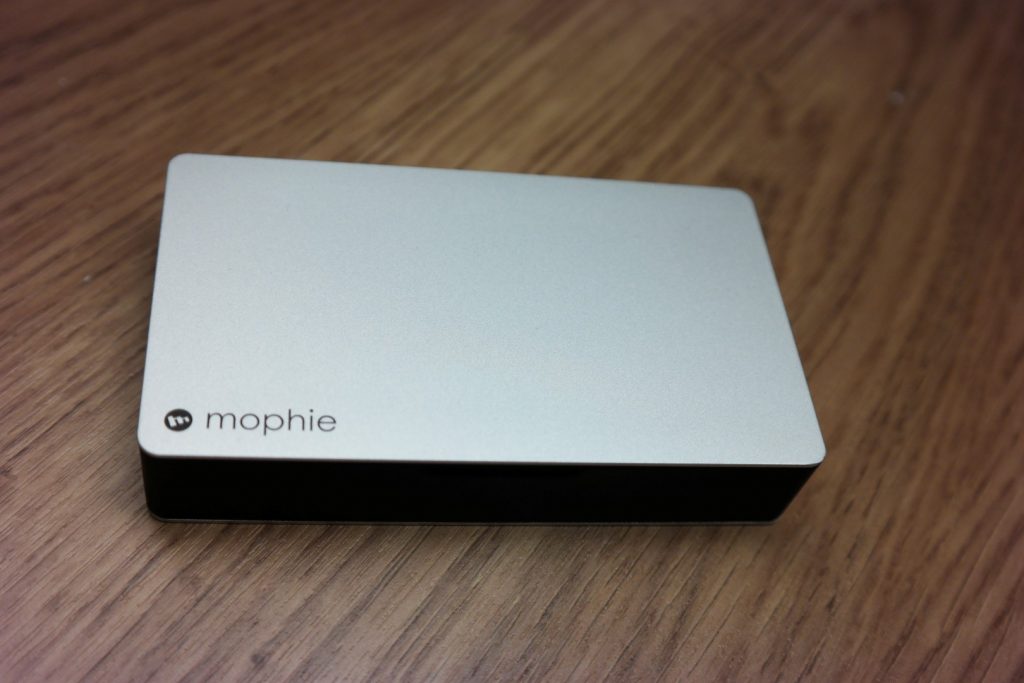 Back at CES 2015, we got to hang out with Mophie in their snazzy Speakeasy and check out our Juice Packs for the iPhone 6 and iPhone 6+ but for the Android users out there we also wanted to know what offers they had as well. Mophie described to us to the Powerstation Plus which matches sleek and sexy while still stated to give you a great charge multiple times over to your microUSB smartphone. As smartphones get more powerful, they also require more consumption of power especially those utilizing Quad HD displays. How does the Powerstation Plus hold up again against some of the mighty smartphones out there? 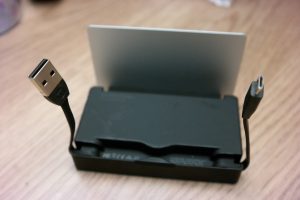 The Powerstation Plus by Mophie is a little thicker then a deck of cards and actually feels like it weights about the same as well. It is colored in silver on the top and bottom with it having a brushed feel to it. Between that you will see black which feel slightly rubberized. On the right you have a button to activate the button and it also has four indicator lights telling you how much battery left you possess.  Flip the lid up and you have access to wiring. A USB wire for charging and a microUSB cable for charging your Android(or even Windows) device.

The whole feel of the Powerstation Plus feels well crafted and put together nicely. While its design is rather simplistic, some will let this styling as it isn’t too loud and out there. It can be placed somewhere like on an office desk without garnering too much attention. 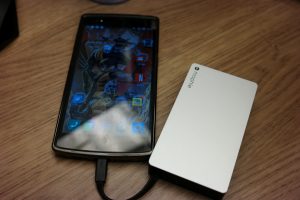 I always been a fan of battery packs with wires already attached to them rather than plugging in additional cables. I felt they charged better or maybe its all in my mind but I look at them having a direct connection provides better charging. As far as how the battery pack fared,  I charged a OnePlus One from 5% to 46% with me using a bit of bluetooth music playing. A iPhone 6 Plus from 20% to 60%(used a microUSB to lightning cable adapter) and a Samsung Galaxy Note 4 from 11% to around 50%. This was all off one single charge which is great sign.

Using it with various Android devices including a iPhone 6 Plus it has provided great additional battery life to my devices and in a decent time period. While they are pretty expensive chargers compared to others, the price you pay comes thru in the quality and I have to say the craftsmanship in these battery packs.