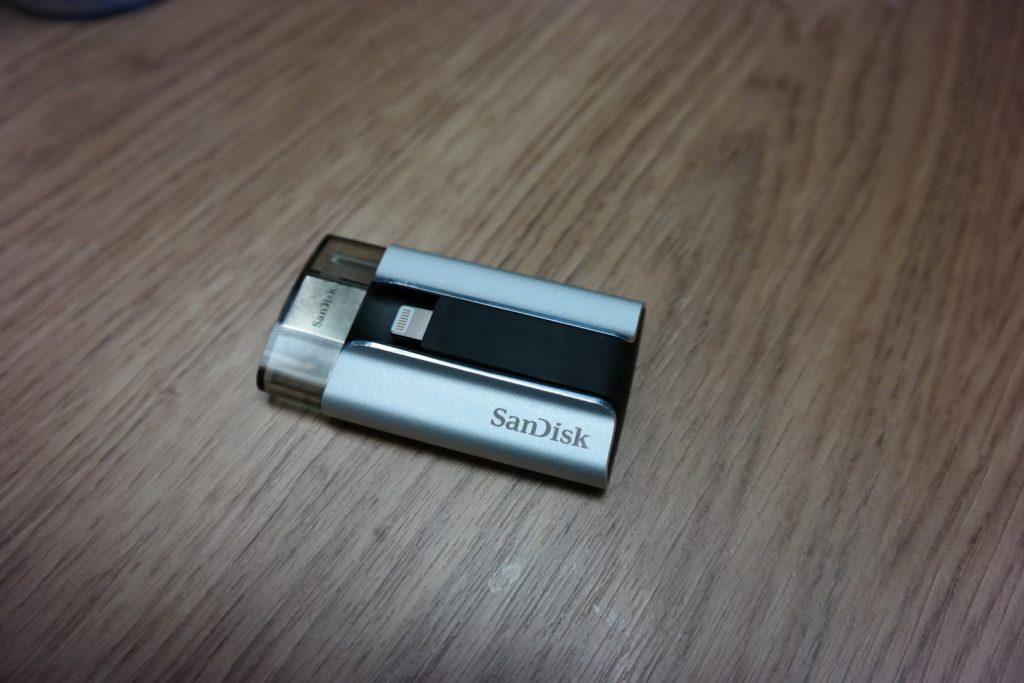 Using a iPad or iPhone you have grown to having fixed storage on these devices. They don’t have expandable storage card slots like some android devices and you are pretty much stuck with what you have. Problem with this is that I have seen particularly iPhone users burn through memory fairly quickly or if they get larger capacities are paying an arm and a leg. SanDisk is trying to remedy this issue with its iXpand Flash Drive. Similar to the Dual USB Drive I covered some months back its supposed to provide an easy way of transferring files from your iOS device to your PC/MAC or even vice versa. Is it necessary and will it help becoming an essential part of your iOS lifestyle? 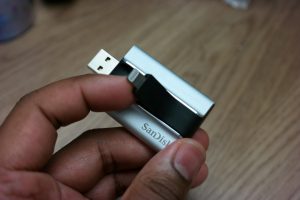 The iXpand Flash Drive by Sandisk is essentially a flat and lightweight thumb drive with a USB 2.0 port and lightning dongle attached to it. The USB port has a protective cover while the lightning cable dongle is snuggled into the hard drive but exposed at the same time. I like how it has a two-tone color of black and gray and has a nice size to it as well. The size could be contributed to the fact it has a built-in battery which is supposed to provide faster file transfers. When connected to your iPad/iPhone you will see a small green indicator light on the flash drive. I’m weary how long a battery inside a hard drive would last years down the line but time will tell.

To use the iXpand Flash Drive you must make sure its required software is downloaded from the App Store. Without it you are unable to do anything with it. Once downloaded you can access the innards of the flash drive and mess around with folders, create new ones, etc. The app will also tell you how much space you have left on the drive, iOS drive and how much battery is left. Its pretty simple and easy to use.

Testing it with my iPad Mini 2 I was able to copy images and video from the iPad to the flash drive with ease. Making the move from the iXpand to the iPad required a few more button taps to succeed. In the end once you figure out how to navigate the menus its pretty easy. I would have liked the option to be able to just transfer over images and video to the hard drive rather than just copy over. You aren’t realistically freeing space and still have to go through the task of deleting stuff. 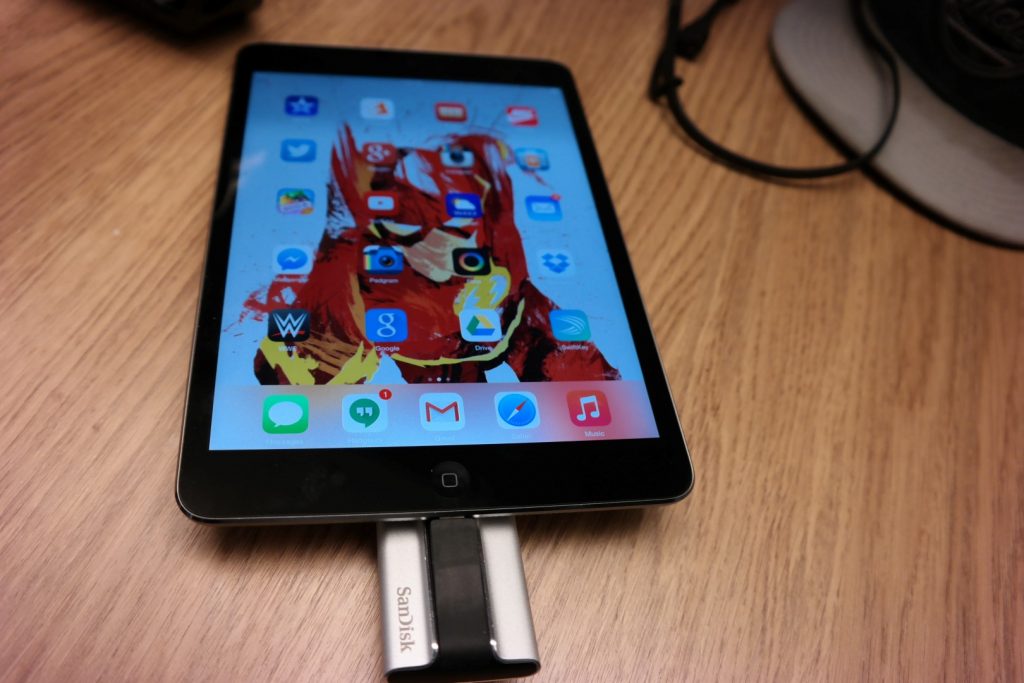 It is great for running video right off the hard drive and supports mutiple formats including MKV. Downside is that since it’s a FAT32 drive largest video files will cap out at 4GB. You can reformat it for other formats but the iXpand app only works with FAT32.

For a ton of iPhone users out there I can see the iXpand Flash Drive coming in handy when they are running out of space from the tons of pictures they like to take. They can copy them over and save to a PC/MAC for storage and then clear out their iPhones. For USB 2.0 its pretty fast with transfers but having it USB 3.0 would of assisted with the larger file transfers. Pricing is pretty high when compared to the microUSB side of things but it works fairly well and could be worth the price to a ton of iOS folks out there. Best thing about it is you can always use it with any lightning cable device until Apple decides to change the port again…