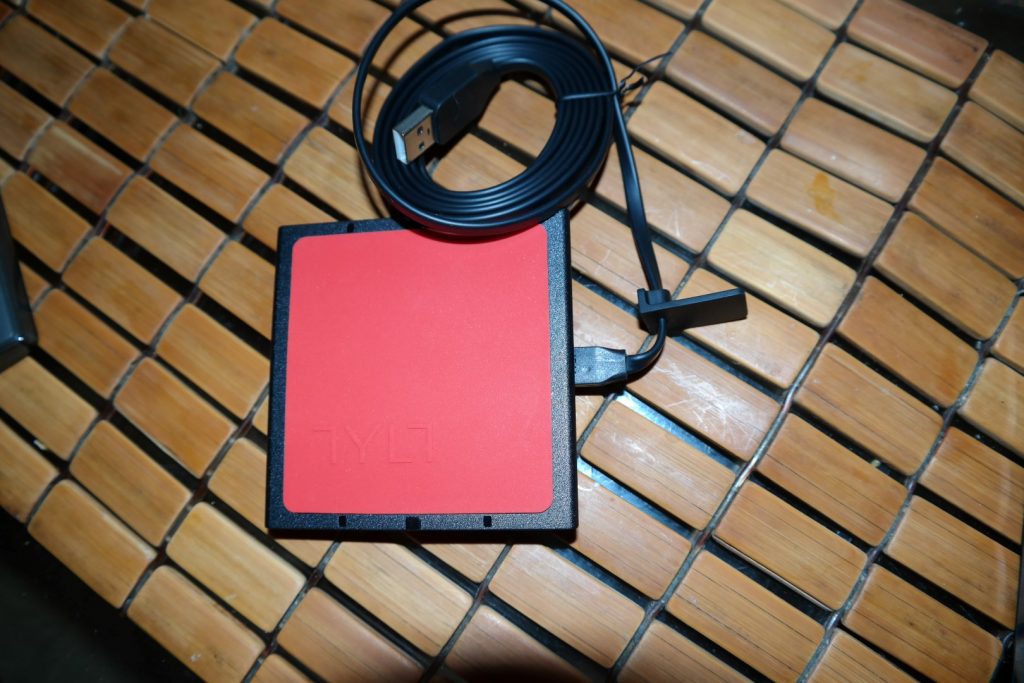 It’s another year and a new crop of mobile devices with wireless charging capabilities have entered the fray. Last year we had the likes of the Nokia Lumia Icon and Nexus 5 with built-in charging while the Samsung Galaxy S5 was able to have the feature added thanks to the Vu Mate wireless card by Tylt. Since then we now have a newer smartphone from Google called the Nexus 6 and an another entry in the Z series of Sony’s devices with the Sony Xperia Z3v. Both are pretty large devices and great to test out for wireless charging. Tylt this year decided to cut down its cradle sized Tylt Vu and provide us with the Tylt Vu Solo. Is it worth getting the smaller Vu Solo over the actual Vu?

The Tylt Vu Solo is a flat square sized block that charges up your wireless device via QI charging. It has a rubberized top to help keep your smartphone in place and comes in either Red, Green, Blue, or Gray. On the bottom it has two adhesive strips on the bottom if you want to peel off to keep the device in place. On the front you have a green LED indicator that shines when your device is in the right position and on the back is a microUSB to be used with the accompanying cable. The cable does have an alignment for sizing up your device for that perfect fit on the Solo pad. One thing the Vu Solo doesn’t come with is a AC adapter. They expect you to use your own plug which works if you have one lying around but still. I guess that could also help cut the cost down as well. 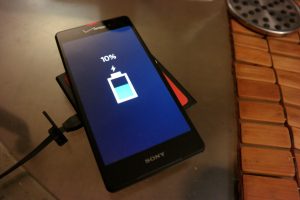 Seeing as I been a heavy user of the Nexus 6, the Vu Solo has fit perfectly into my wireless charging needs. Depending on how you position it on the Vu Solo is key. The QI charging spot on the Nexus 6 is more in the lower part of the phone and since it has a curved body has to be positioned like in the picture below. Other phones such as the Sony Xperia Z3v and Nexus 5 can be positioned either way. After that its pretty easy and recognizes the phone soon as it is placed on top. There really isn’t any complaints with the charger as it has worked with two cases I used on the Nexus 6 one being from UAG and another being from Cruzerlite which I was glad to see. Also the fact I don’t have to peel back the concealed microUSB port for the Xperia Z3 every time to charge it is a definite plus. It can be a learning process though depending on  your smartphone to fit that sweet spot the first time for charging. Once you figure it out, you will pretty much master it.

The Vu Solo is another option Tylt wants to give consumers with their wireless charging devices. It is smaller than its predecessor but it is also close to half the price now as well. While the Tylt Vu was a nice cradle it didn’t have this microUSB charging option it desperately needed. It would have been nice for it to come with a charger adapter but that may be to cut the pricing down and you can realistically use the charging adapter that came with your smartphone if it came down to it. I do enjoy using the Quick Charging the Nexus 6 and other smartphones are bringing to the table(ala Samsung Galaxy S6) but its a great option for wireless charging.

The Tylt Vu Solo is available on their website for $50 or you can grab one on Amazon for as low as $38.