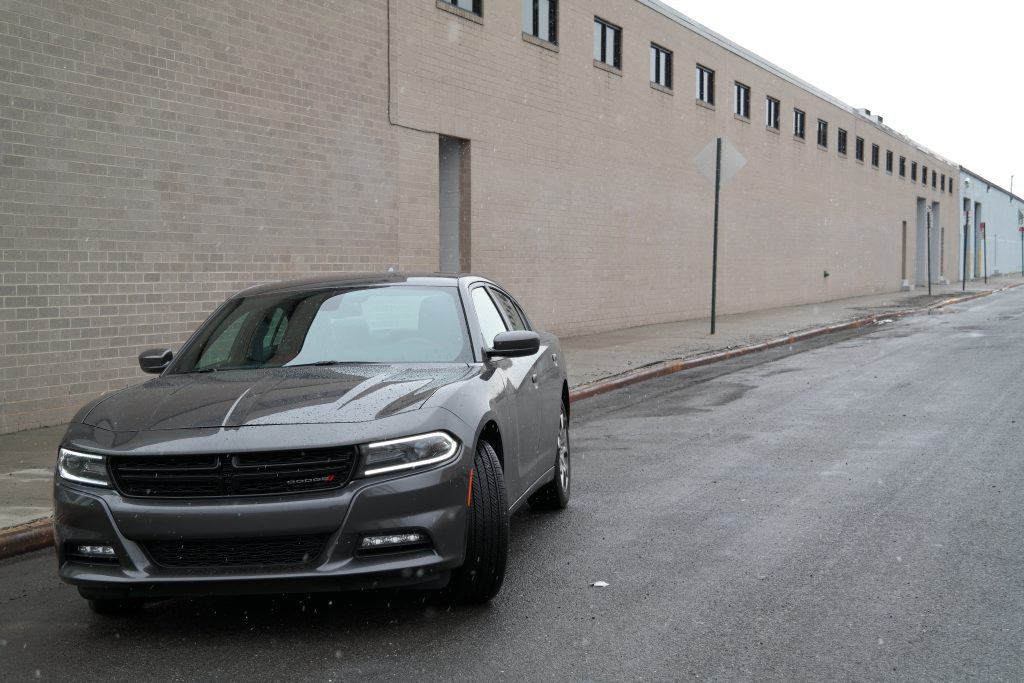 The 2015 New York International Auto Show is in fully swing this week, so if you are heading down there, be sure to check out the Dodge Booth and see the 2015 Dodge Charger. Dodge has on display one version that is a must see. This would be the Hellcat version, a beauty! I recently took for a spin the SXT Plus AWD drive version and I must say it was nice. I’ve never really been a fan of the Charger. Big fan of the Dodge lineup, but the Charger was never one I wanted to get behind. Previous models I just didn’t like the front or back or the car. This change this year for 2015 and not I see something interesting. 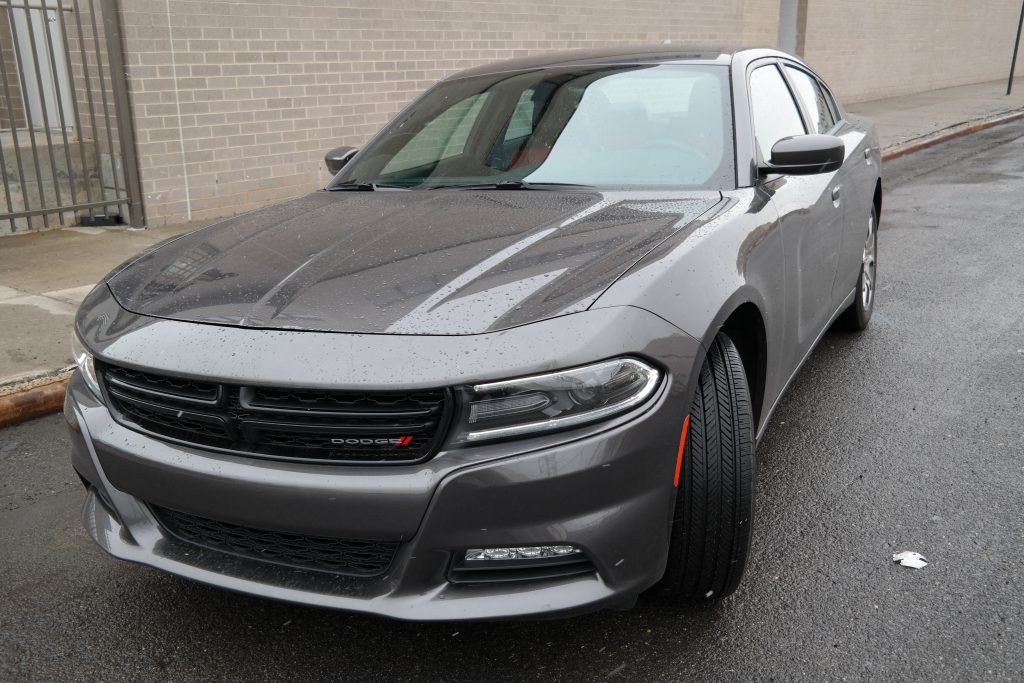 The first thing to catch myself attention and will always get me to do a double take is the looks. As mentioned earlier models just didn’t do it for me. But for 2015 Dodge has made some significant changes to the look of the Charger. Right off the back, they have given the front of the car a better look! The front grille has been changed for the better, and now I love the look of it. The front grille of the Charger is now more inline with the rest of their line up which looks way better than the Charger’s grille on earlier models! This is welcome change and made me actually like the look of the Charger now. I also love what they did with the lights, at night it looks very sleek and modern.

This is also the same from the back. I can always tell if the car in front of me at night is a Dodge car by their signature rear lights. The new 2015 Charger shares this same design with the rear lights. This both matches up nicely with the rest of the lineup and gives the Charger a sexy look in the rear as well as the front. On the outside the Dodge Charger has went from a car I wouldn’t bother to look twice out, to one I was eager to get behind the wheel. And even more so if you check out that Hellcat model!

Now when I got to the inside, the interior looked just as good as the exterior. I’m not a big fan of red, but the red/black two-tone seating does look good. The two-tone color is a nice touch, and I like how the read was present in the stitching of the seats as well. This add a nice pop of color to the inside that was on the seating and the inside of the doors. In and out the Dodge Charger SXT Plus is a looker! 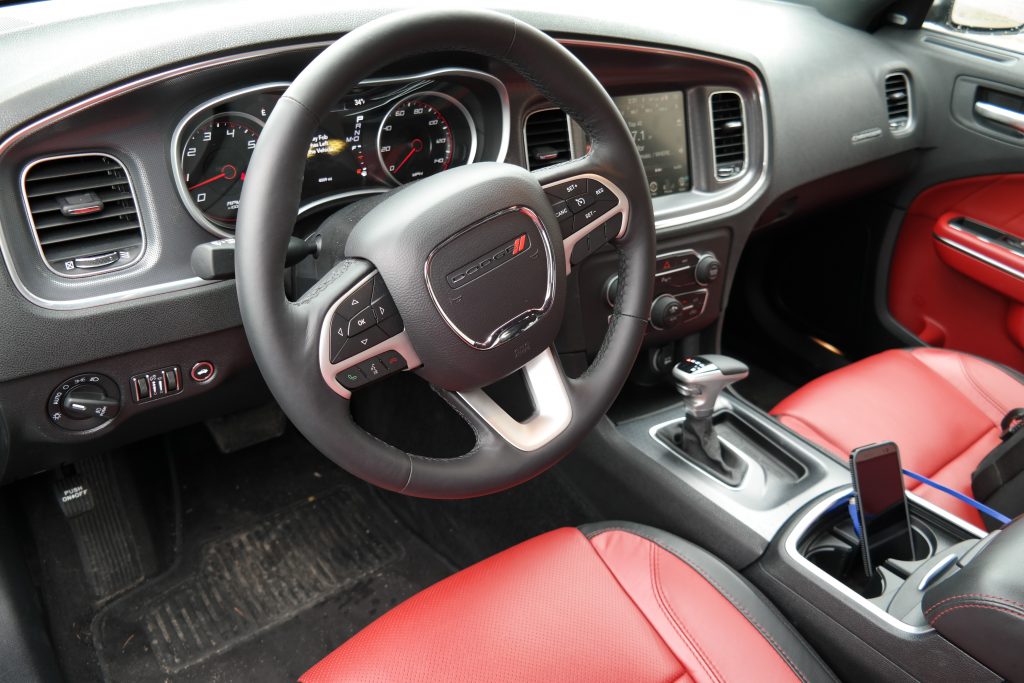 Again the look of the new 2015 model finally caught my attention. I was excited to give this one a drive. All the tech features I use and love were present. I was able to sync up my phone via Bluetooth to make calls and more importantly listen to my music as I drive. Very cool now with Android Lollipop, is a thing called Smart Lock. This let’s you choose devices you connect to via Bluetooth to be Trusted Devices. This means when these devices are connected, your phone won’t need to put in your PIN or Pattern to unlock your phone. I was able to set the Charger as one of these trusted devices, so when I was connect, fussing around with a patter wasn’t needed.

Now with it comes to driving the Charger, I definitely had fun with this one. It’s 3.6-Liter V6 VVT Engine has some power to it. I was able to get good acceleration, nice handling, and good stopping power while driving around the streets of New York City. I didn’t have to worry about anyone cutting me off due to slow take off at a light, nor did I have to worry about stopping on time in cause someone randomly jumped out in the middle of the street while the light was green (happens way more than it should in NYC). But even with great power, came great comfortably. There wasn’t a time the ride wasn’t smooth or uncomfortable. When driving it was at times just me and the music and nothing disrupted that while cruising around. The Charge is a full-size sedan which allows for plenty of room for you and 4 other people quite comfortably. 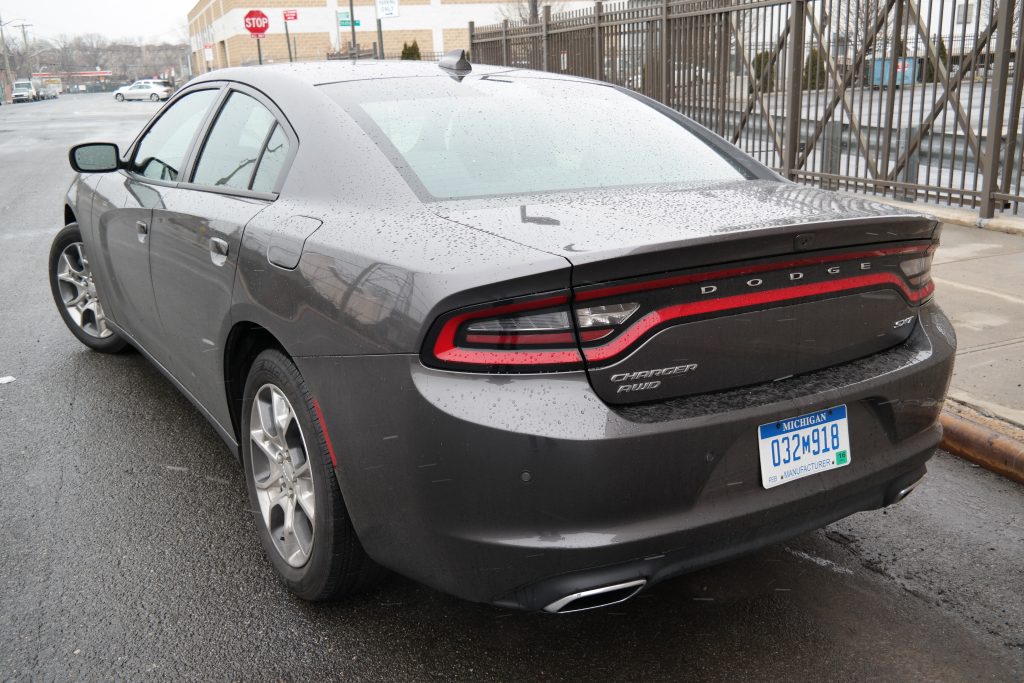 Now with this being a full-size sedan with little power, just be careful with gas. While I was able to get through a week of commuting to/from work with drop offs of my daughter to school, some errand runs. I did need to put some gas in the car towards the end of the week. Gas prices are still good now, so getting to the tank back to half cost me about $20.00. I’ll assume $40 to full it up which isn’t bad, but how many times you’ll have to fill up will depend on your driving style and how often you do so.

The 2015 Dodge Charger SXT Plus AWD that I had for loan, as equipped would cost you $37,280. This model’s starting MSRP is $32,995. With the changes to the look of the Charger, not only has Dodge lined it up with the rest of the family, but it’s produced a car that visually is pleasing now. It has taken me from causal avoidance to double takes and stares. Great job Dodge!