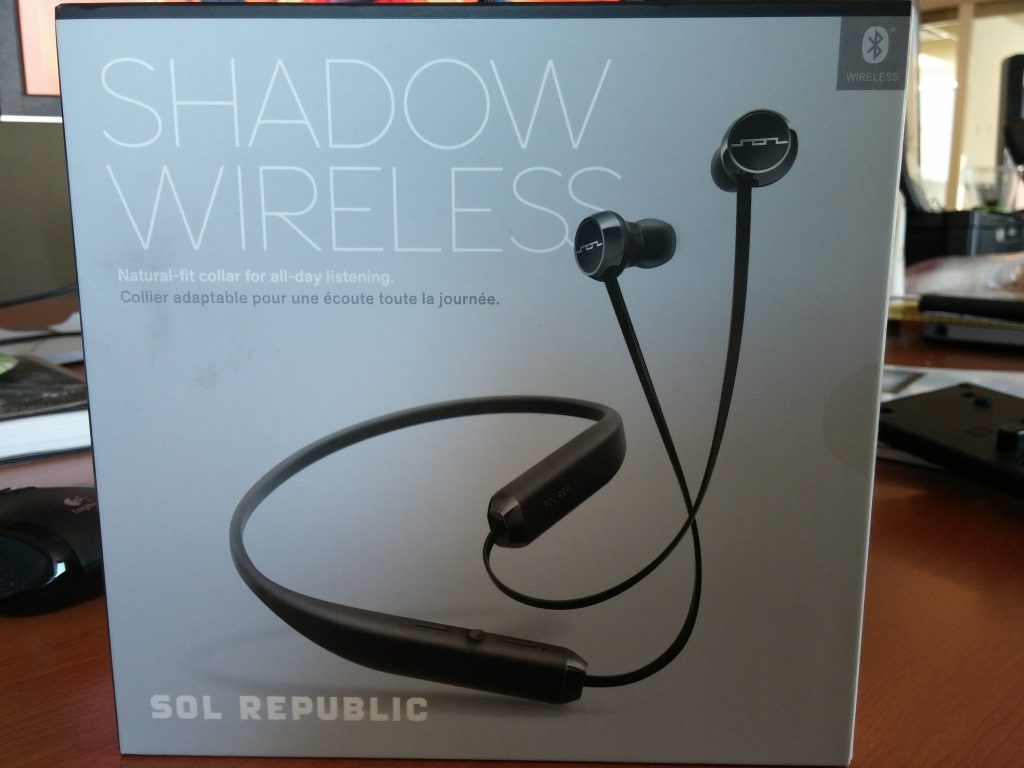 Everyone loves listening to music, I definitely do on my daily commutes to and from work. Within the last year or so I’ve made the move to remove all the extra wires in my life. I’ve trying to do a lot of stuff wireless. This is especially true when it comes to headphones for listening to music. If you live or ever lived in a major city using mass transit like NYC, you know having wires hang from your person is just an accident waiting to happen. I’m a natural ear-buds guy, but recently started using a lot of over the head headphones since there are some great wireless ones available. Two of my favorites are the Sol Republic Tracks AIR and the Plantronics BackBeat PROs. This is great for the fall and winter, but as Spring turns the corner and the weather gets hotter, wearing them for long periods as I walk around the city isn’t going to cut it. I need some ear-buds. Granted there are some wireless options available, I used to use the Plantronics BackBeat FIT. They worked pretty good and the comfort level was decent, but as I went on I learned they didn’t play well with other connected Bluetooth items on my phone. This led me to stop using this after a little while. Then there are options from companies like Beats by Dre (won’t touch a pair of Beats anything, on principle), and LG has a pair (those are fugly, wouldn’t catch me wearing them sorry). None of these has the oomph to make me want to use them. Funny enough, after my experience with Sol Republic’s Tracks AIR, I actually tweeted them about the idea of Tracks AIR/Relays mash-up back in February 2014

Hey @SOLREPUBLIC, you know what would be an awesome mash-up. Tracks Air in the form of the relays. Go wireless! :)

What came next and now soon to be available in your hands was the Sol Republic Shadow, Sol Republic first Bluetooth wireless ear-buds. This was the device I needed and was waiting for, but would it be everything I hoped for? And more important, will I be getting cut a check for this great idea? It’s as if Sol Republic seen my tweet and said let’s make that lol. 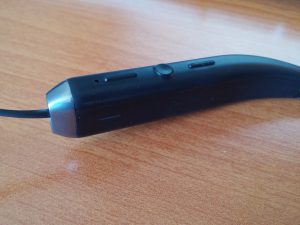 The Shadows now come in two colors Black/Steel Gray and Rich Gray/Rose Gold. The design of this is very simple. That is how I would refer to them if anyone asked and sometimes simple is golden! I can’t even really go deep into the style of them because it just isn’t much there. The band that goes around your neck has a soft rubberized feel to it and at the end of them is the cables connected to the ear-buds that go in your ear. Beyond a few buttons on for volume and play/pause, and power on the underside of it, that is about it. Even the buttons blend it while with the rest of the device so you wouldn’t even notice them from a distance.

And it is this simplicity that makes them stylish. Like a black piece of clothing that can be simple, yet make a statement when paired correctly; so does the Shadow when worn with any other item of clothing you may have on. When I use the Shadows, they don’t stand out, they fall into the background (hmm wonder if that is why they call it Shadow). When someone sees you wearing them they don’t scream “hey look at me”, but they are noticeable to the point of knowing the person is listening to music. Shadow’s design isn’t so loud and out there that it is an eye sore, or looks like this weird spaceship version of what someone thought we would be using in the future. The Shadow is simple accessory that works with anything you wear, let’s you listen to your music, and doesn’t make you stand oddly out in a crowd. 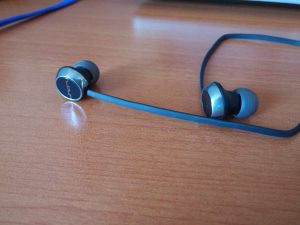 When it comes to sound the Shadows didn’t disappoint. I would call the overall quality of the sound a balance. I’m a big bass guy and while there was good enough bass for me, it didn’t drown out the rest of the music, it sound just right behind the highs, mids, and lows to add that humph without overpowering the rest. The sound clarity sound was also good and with a snug fit in the ears no outside bled into my music experience. All in all great sounds for such both a lightweight device and very reasonable price!

To say I have waited for the Sol Republic Shadow since February of 2014 would be an understatement. After using the Tracks AIR and the RELAYs, I wanted…no needed a pair of wireless ear-buds that I could use on my everyday grind. The Sol Republic Shadows are those pair of ear-buds. First off is the reason behind the name Shadow. Shadow was meant to feel invisible and it accomplishes that when you use them. I’ve worn them all day on several occasions and I literally forget about this. This can be both good and bad. On the good side, they add no extra weight to my neck, no discomfort. When you are wearing a sweater, turtleneck, or other mid-high collar shirt they aren’t awkward and lays nicely on the neck. But if you’re wearing nothing but a t-shirt or shirt with no collar, if you have Shadow on your bare neck, you may quickly find that the Shadows have fallen off your neck and you didn’t even notice. Several times while at my desk working, I looked down to see Shadow hanging half way off my neck and about to fall off. I didn’t even feel it move/slide/shift or anything. so be careful and make sure you are aware of its location, it is that invisible. 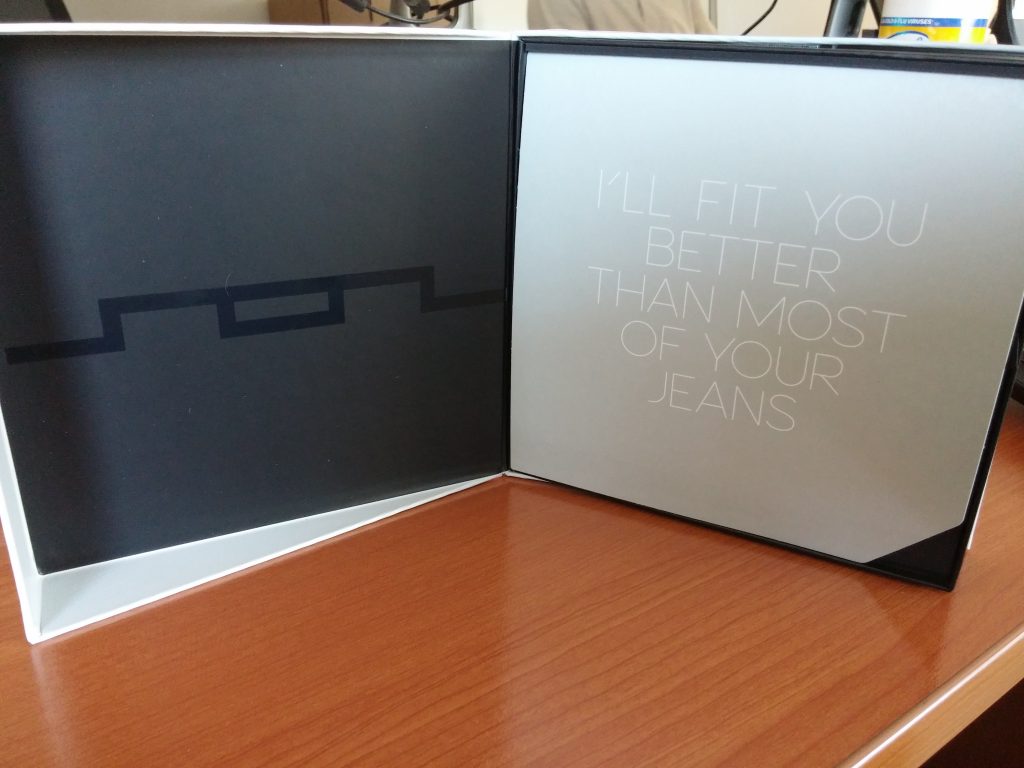 Once we get back this are an absolute joy to wear and so comfortable, then it comes to the music experience. This has been great a well, sound quality and volume is good. It takes a little getting use to the controls being at the base of your neck. I can’t reaching for my ear area instead of my neck since that about the level most controls usually are. After a day or so (I still reach in the wrong area from time to time) you get use to the new control location. The button location is easy to remember without seeing so the learning curve is short. I do have a gripe though. For the one button control on the music side, you can pause/play and skip to next track. Can someone tell me why we can’t maybe triple tap or long hold press to rewind/previous track. There are times when there is a song that has just finished but I want to hear it again. My only option is to pull out my phone and manually repeat it instead of controlling that from the ear-buds. Seems simple enough, why not have it? I tried to triple press and I tried the long hold press but nothing happened, which leads me to believe that function isn’t included. Not a deal breaker, but something I wish was there. 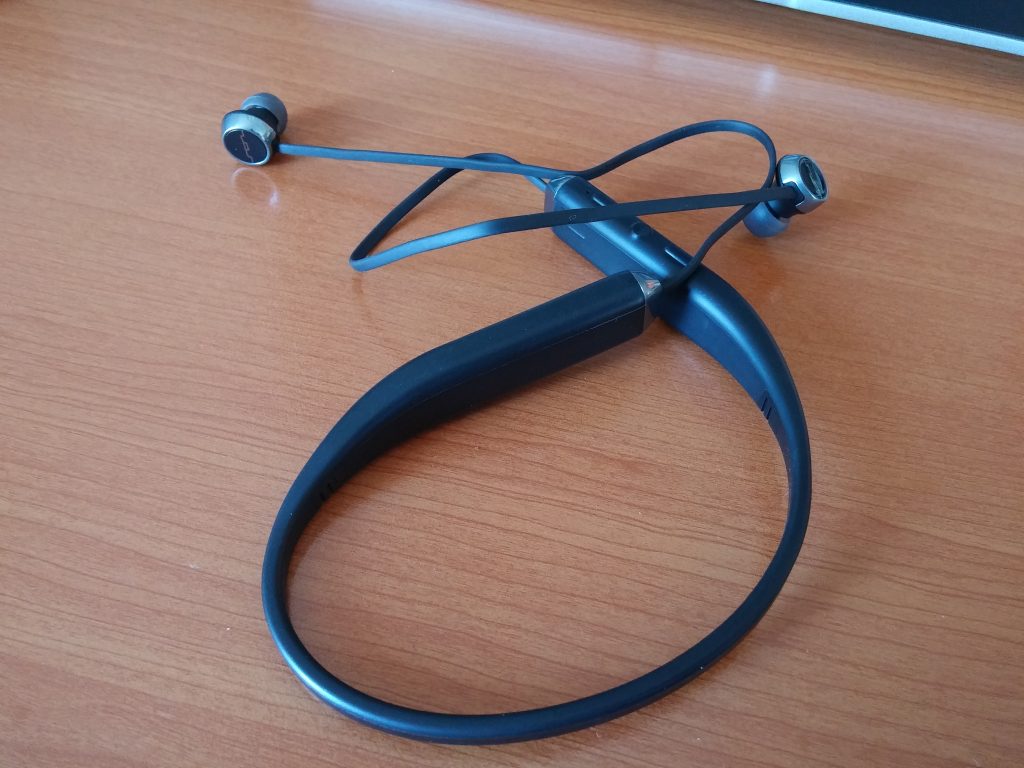 When it comes to battery life so far it has been good. I mainly listen to music during my commute to and from work. I probably listen about 15-20 mins in the morning (after I drop my daughter to school) and then about 45-60 mins when going home from work. With this I was able to get about a week out of the Shadow before I needed to recharge. Depending on how much you listen to music, you’ll get about 8 hours of listening time from the Shadow before it needs to charge. For the price, the battery time is decent. I have no complains there. In fact all in all, I truly love the Shadows. Beyond my only gripe, these ear-buds are ones I would highly recommend to anyone!

I’ll go on record and say that the Sol Republic Shadow is the best Bluetooth ear-buds out! The Shadow will cost you only $99.99 (You can get them here at Best Buy), sound great, and are some comfortable you won’t remember they are there! When speaking to Sol Republic’s CMO Seth Combs initially about these ear-buds, he said Sol Republic had done tons of research for these. Not sure sound features or styles, but research into the neck as well. This deep research I believe has paid off for this, as the Shadow is a real winner!