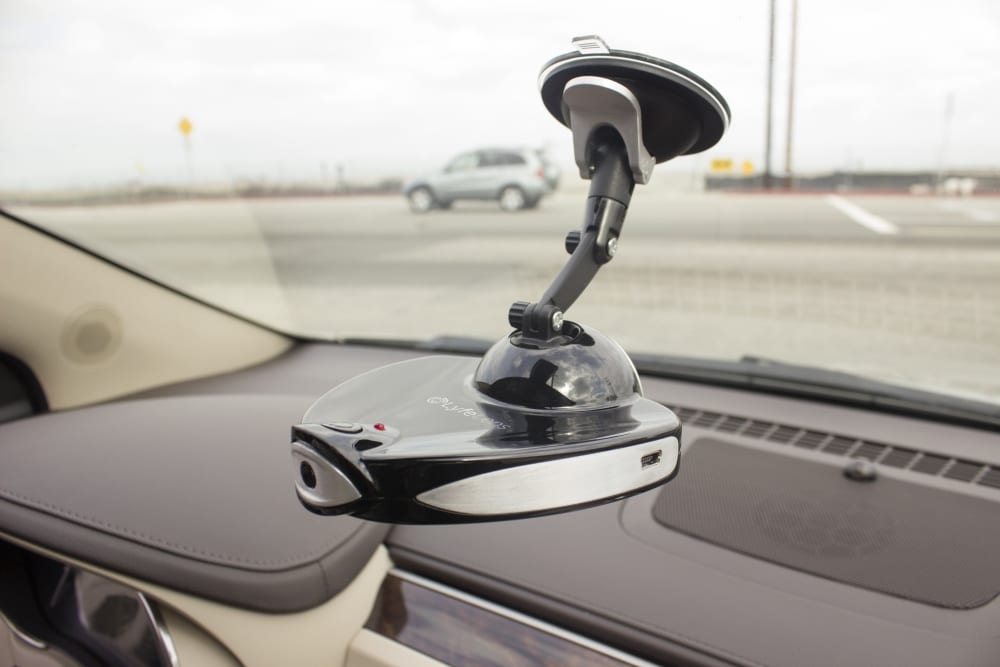 When most of us think dashcams, we think of these little video cameras that only capture video of what is in front of us while driving with the hopes of capturing something Youtube worthy. But did you know dashcams can actually be quite helpful in other situations? Dashcams are great for capturing accidents that you might be involved in or theft of something in your vehicle as proof that you can later show to the police or insurance companies. Dashcams haven’t quite caught on here in the US like they have in other countries, but that might change as more features become available, such is the case with the LyfeLens.

LyfeLens differs from many dashcams out there in that it actually has two cameras, one in front for the road and one on the back for inside the car. That however isn’t even the most exciting thing about it. The LyfeLens is able to communicate with your smartphone and provide users with real-time insight of actions happening in and around their vehicle via real-time data, live video feeds and push notifications. This is done either by Bluetooth when in the vehicle and 4g LTE WiFi when away from your vehicle. LyfeLens monitors for excessive speed, abrupt movements such as hard braking or collisions, location, movement and vandalism, and alerts users via push notifications, live video feed and image playback that can be viewed via the LyfeLens app on a user’s smartphone. Motion and sound detection sensors also monitor a user’s vehicle for unsafe or suspicious activity, automatically capturing video and alerting the user.

LyfeLens is available for pre-order at www.lyfelens.com at a discounted price of $199. LyfeLens will ship in fall 2015 and retail for $299.