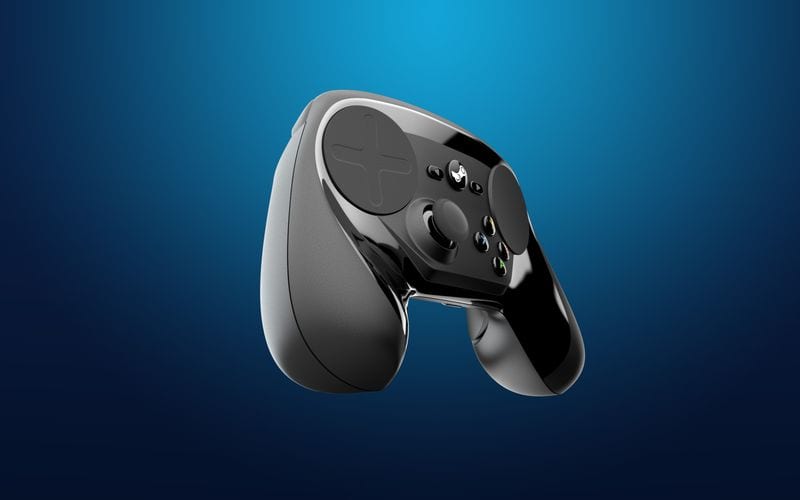 Valve’s Steam Controller was finally unveiled in its production form and like its previous iterations, it’s still pretty weird looking. It has some elements of a regular console controller, but also many elements that make it unique. There are two touchpads on the front, with the right one that emulates a trackball. There’s also an analog stick, 4 face buttons, and shoulder buttons and triggers. You’ll also find additional buttons on the rear of the controller which I assume can be programmable. All of this I assume is so you can have the convenience of multiple buttons like on a keyboard and mouse setup, but with the convenience of a controller.