See below for a list of some of the special edition vehicles that will be featured in the game:

What’s best about this upcoming game is its free of charge from March 27 through April 10th and you don’t need the original game to play.. Afterwards it would be a $10 charge to play the game. If you get the game for free beforehand its yours to keep and no charges going forward. 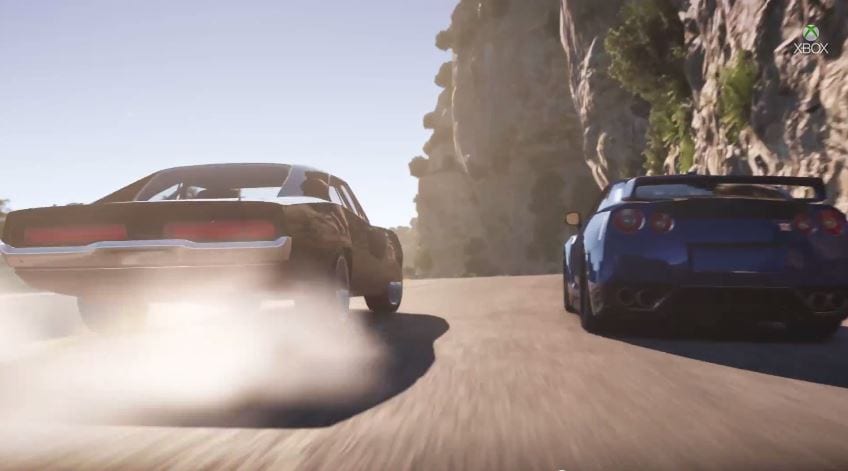 For the first time, the thrilling driving and amazing cars of Forza, the highest-rated racing series of the past 10 years, are combining with the blockbuster Fast & Furious film franchise to create an original adventure filled with high-speed automotive action in Forza Horizon 2 Presents Fast & Furious.

Launching on March 27, 2015, Forza Horizon 2 Presents Fast & Furious is a stand-alone expansion to Forza Horizon 2 for Xbox One and Xbox 360.  The all-new expansion will put players behind the wheel of iconic vehicles from the Fast & Furious film series, including exciting new cars appearing in Universal Pictures’ Furious 7, in theaters April 3.  Players do not need to have purchased or played Forza Horizon 2 in order to download and enjoy the open-world adventure.

“Forza is synonymous with racing and fun, so it’s only natural for us to work with one of the most celebrated automotive entertainment franchises in the world,” said Phil Spencer, head of Xbox.  “This is a great way to bring Forza players into the world of Fast & Furious, and in Forza Horizon 2 Presents Fast & Furious, every fan will get a chance to go wheels-first into the exciting action of the Fast & Furious franchise.”

To celebrate the launch of Furious 7, this stand-alone expansion will be available at no charge for a limited two-week period.  Beginning on March 27nd and continuing through April 10, 2015, players can download the expansion on Xbox One or Xbox 360 at no charge.  After April 10, the expansion will cost $10, but players who downloaded it for free during the two-week window can continue to play without restriction.

“Furious 7 is the latest installment in our enormously successful franchise, and partnering with the world-class team at Turn 10 Studios offered an exceptional opportunity to thank our fans in an exciting way,” said Bill Kispert, Executive Vice President, Worldwide Digital Platforms, Universal Partnerships & Licensing.  “In this adventure, fans will experience the thrill of the Fast & Furious series’ most iconic cars through the amazing gameplay of Forza.  We can’t think of a better combination for gamers and movie fans alike.”

As players complete game challenges, they will unlock new cars that can be added to their collection and can be driven throughout the open world in free roam play.  Players will also be able to take photos of their favorite cars in Forza Horizon 2 Presents Fast & Furious and share them with fellow Forza players via the official Forza Web site and the Forza Hub app on Xbox One.