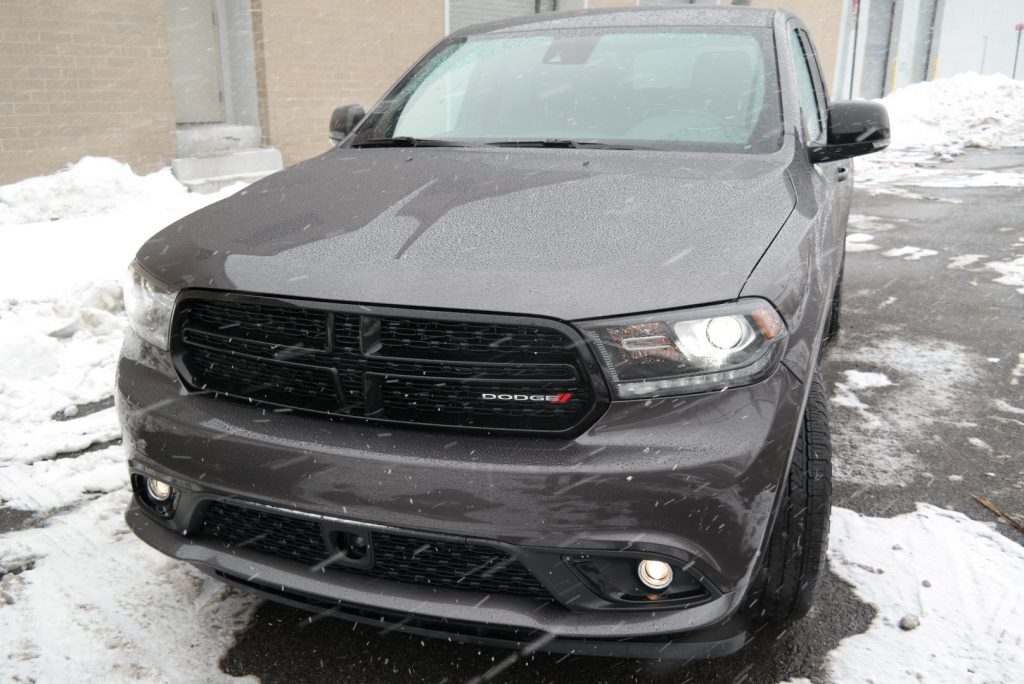 The Dodge Durango isn’t really an SUV I could say I’ve always had a fond spot for. As mentioned in my earlier review of the Durango, the looks of yesteryear just wasn’t one I could get behind. This all changed in 2012 when I reviewed the R/T model. Dodge saw fit to change the look of the Durango, and now it was something to talk about. Now I’m checking out the 2015 R/T model. You want this one if you want a SUV that has urban appeal and the muscle. So am I still fond of the Durango? Let’s see what how I felt after taking the 2015 model for a drive. 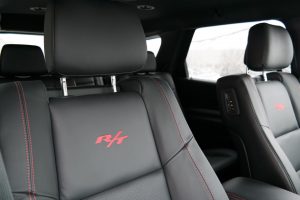 The 2015 Dodge Durango R/T looks as good as ever. This time around I had a dark charcoal color which Dodge calls Granite Crystal Metallic. On the outside the Durango R/T always caught my eye because it just looks aggressive. I love the look of it from the front, side, and especially the back. In a place like New York City you want something with a little edge, a little aggression. I especially like the lighting on the Durango, on most of the new Dodge cars for that matter. Especially in the back when you are driving behind it or just approaching from the rear, that light is highly distinctive! It stands out in a crowd!

On the inside the Durango R/T’s leather’s seating looks both comfortable and stylish. I love the look of the stitching and the R/T logo in the center of the two front seats. As much as the outside of the Durango R/T looks aggressive and edgy, it is good the inside doesn’t show this same look and feel. On the inside it is calm, comfortable, and well designed.

Tech is a section of these reviews that I might actually start to fade out or focus on other things. When I started doing the reviews, there were cars out there that didn’t have some of the most basic features any cars made in the present should have. But as we enter in 2015, so far this just hasn’t been the case anymore. I’m seeing these standard features actually be featured in the car now. Bluetooth connectivity now I find on-board majority of the cars now and it is present here in the Durango R/T (streaming of music and phone calls/reading your text). Dual climate control, heated steering wheel and front seats all present and accounted for in the Durango R/T. 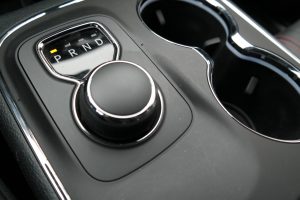 You know it is always good to review a big SUV during the winter months. The All Wheel Drive or the ones with the mode especially for snow always comes in handy. Then there is the ability to get in and out of spots that you just can’t get into with a regular car. This was the case with the Dodge Durango R/T. While I didn’t have it for the big storm (or semi storm if you ask any New Yorker), I had the Durango during much of the after math. There are STILL areas on my street where snow is piled up, making for some very challenging parking situations. However the Durango is able to climb over the pile and park as needed. Definitely a good thing to have during this time. When it came to gas, it fared better than I assumed it would for a SUV. On most SUV reviews, usually about 4 days in I need to take a trip to the gas station to put a little in for the rest of the review period. While I did have to put a little gas in the night before I was due to end the review and return it, I didn’t have to put as much in and the cost of it wasn’t as high. Of course gas prices now are pretty good, so that helped as well.

I liked driving the Dodge Durango R/T. While I can’t see it being my everyday vehicle because of the gas situation, it is a SUV I wouldn’t mind having for the months like this. Driving the Durango is fun, it has great acceleration, good handling for a SUV, and again it looks great! The Dodge Durango R/T is definitely a vehicle I would want in my top 5 (if I was lucky enough to own 5 cars that is).