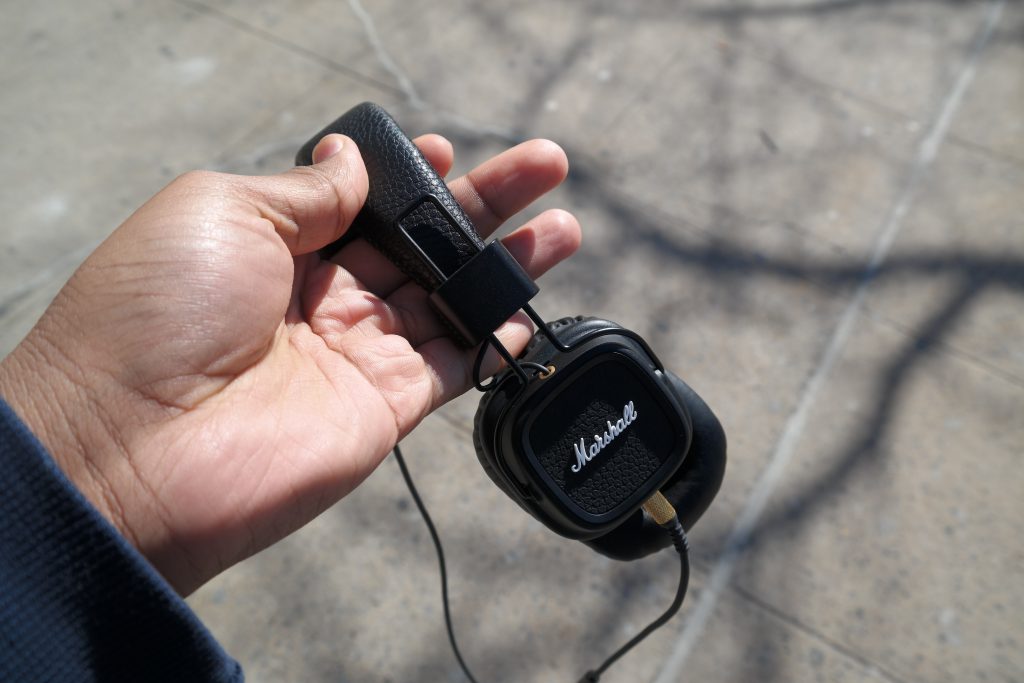 Last month at CES we got a chance to meet up with Marshall and take a look at a revitalization of their Major headphones with the Major II. Marshall has been known for their huge amplifiers all throughout the 1970s to present date. Check out some of your favorite rock band concerts and your likely to see a huge amp booming in the background. Since then they have delved into other arenas such as portable speakers and headphones which still strike resemblance to their signature looking amps. 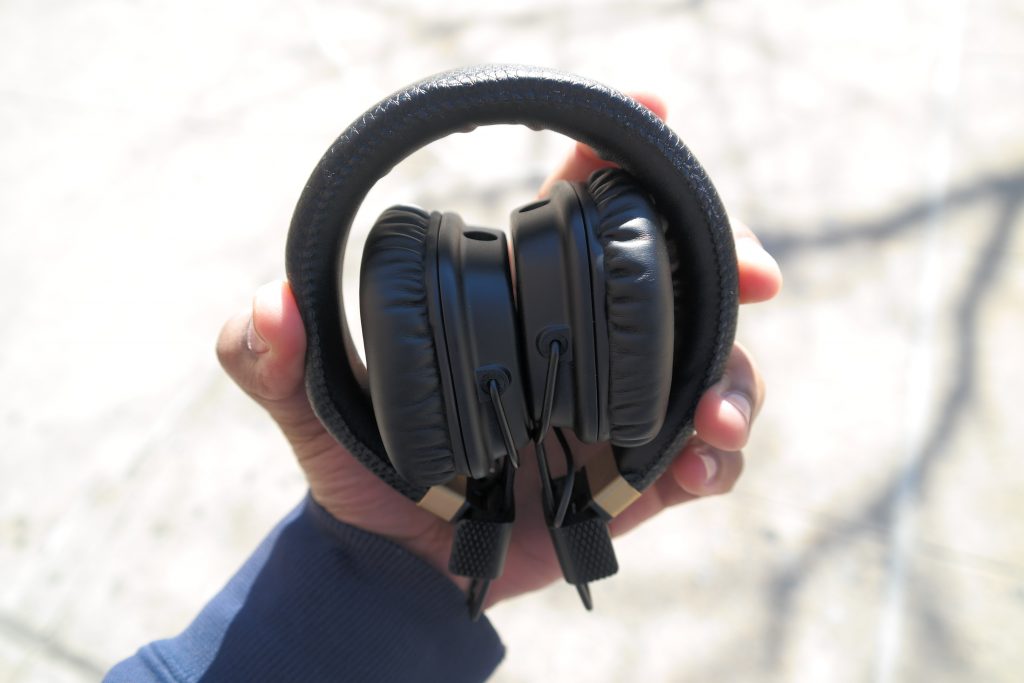 There isn’t anything eye-popping about the Marshall Major II headphones but that’s fine. They have a very simplistic styling to them with it mostly being all black with tiny accents of gold and white detail. The earcups look like the miniature amp speakers that are known for and have the Marshall insignia scribe across each cup. The earcups are rather plush and feel comfortable against the ear. The headband has a faux leather feel to it on top and under is the Marshall signature embossed in gold. While we are speaking on gold, there is huge lettering of RIGHT and LEFT to distinguish which side you are listening to. As well as the included aux coil cord has a gold tip for insertion in the headphones and audio device of your choosing. 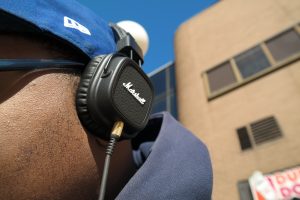 For the past month I have given the Major II a fair share of listening with various genres of music. I might have slept on Marshall and their headphone division. Marshall has built such a nice sound profile with these Major II headphones. They have a nice amount of bass to them that isn’t overpowering but isn’t tinny either. Vocals can be heard clearly but don’t stand out from the music too much. Listening to “Take Me to Church” by Hozier is a nice example for vocals as it’s a big soulful uptempo track with a nice use of instruments in the background. With the Major IIs they also can get pretty loud and pump out huge sound so be careful not to go deaf rocking them. I couldn’t really find much wrong with the Major IIs in the sound department. 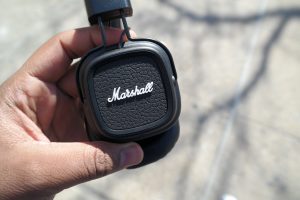 I have done various listening sessions wandering the cold streets of New York City and they have done a good job for passive headphones. While there are cases where noise cancelling would have done the job they pretty much fit their purpose. One thing with the Major IIs are while they can be comfort they can possibly provide some discomfort after a decent amount of wear. They are on-ear headphones and are pretty small and compact. They aren’t the tightest on-ears I have worn though but for some they may want to try them out first.

The Major II by Marshall is a great sounding pair of headphones. They have a nice simple style for those that don’t want anything outlandish and they have an awesome sound profile. They are very compact and the fact they can be folded up and thrown in a jacket pocket is a plus. But while they are compact they might be too small for some and should be given a try on beforehand. I would of liked to see a carrying case come with them as well.

For $120 the Marshall Major II headphones have a nice price point and nice not to see tinkering in the $150+ range. They are available now and are coming in additional colorways in the next few weeks.