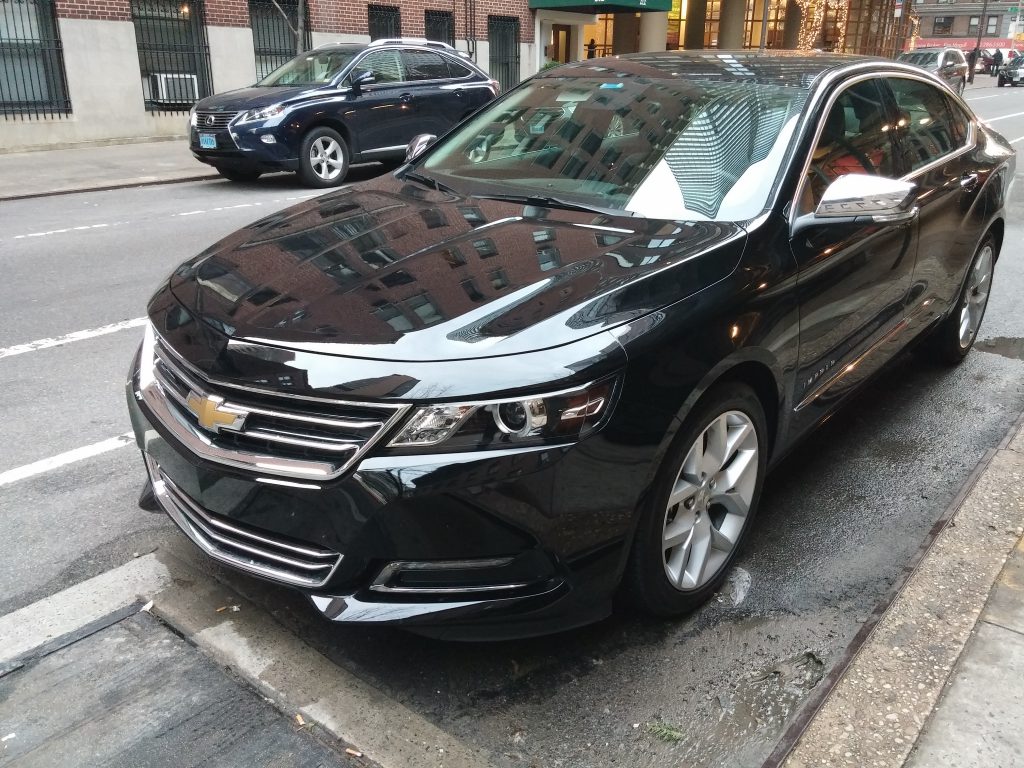 It is no lie that I’ve had a thing for the Chevy Impala since they changed up its look in 2014. I especially loved the look when it stares at you head on from the front, its look was sexy and the design of it has caught and held my attention since. So of course I had to have a look at the 2015 edition and see how the new Impala has been shaping up. This time around I took for a spin the LTZ model. This time around also instead of Red Rock Metallic, I would be driving in all Black. So let’s get into it. 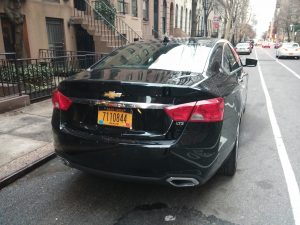 Now if you have read my review of the 2014 model, on the outside it is pretty much a much similar look this year. The only differences that make it more interesting deal not so much with the year, but with the model. Last year I’m going to assume I had a LT or LS model. You’ll note that while I love all features of the car from the front to the side, the back I wasn’t exactly trilled about. It didn’t take away from the overall look of the car, but it wasn’t anything to run tell mother about. This time around I have a LTZ model and there are some nice look changes on the sides, but especially the back. While the back is essentially the same, the nice design touches around the dual exhaust pipes, give the back side of the Impala just enough to make it look appeal back there as well. This brings it up and makes the car look great from all sides.

The interior is the same and this was already on point from last year. Ambient lighting that travels along the front dashboard to the sides of the doors. Nice leather seating and plenty of leg room, make the interior a pleasure to seat in, with the aesthetic being easy on the eyes. You’ll love the 2015 model just as much as the 2014, but I’d definitely suggest bumping it up to an LTZ model!

Tech is the same this year, and that isn’t a bad thing. All the features I needed were present. Bluetooth connectivity with streaming music and phone was on board. Dual heated seats, satellite radio, multiple connection point for AUX, USB, and more were there. The UI for the infotainment center is the same, so no need to learn a new system. If the Chevy Impala is your first time using Chevy’s infotainment center, don’t worry it is very easy to use and set up. 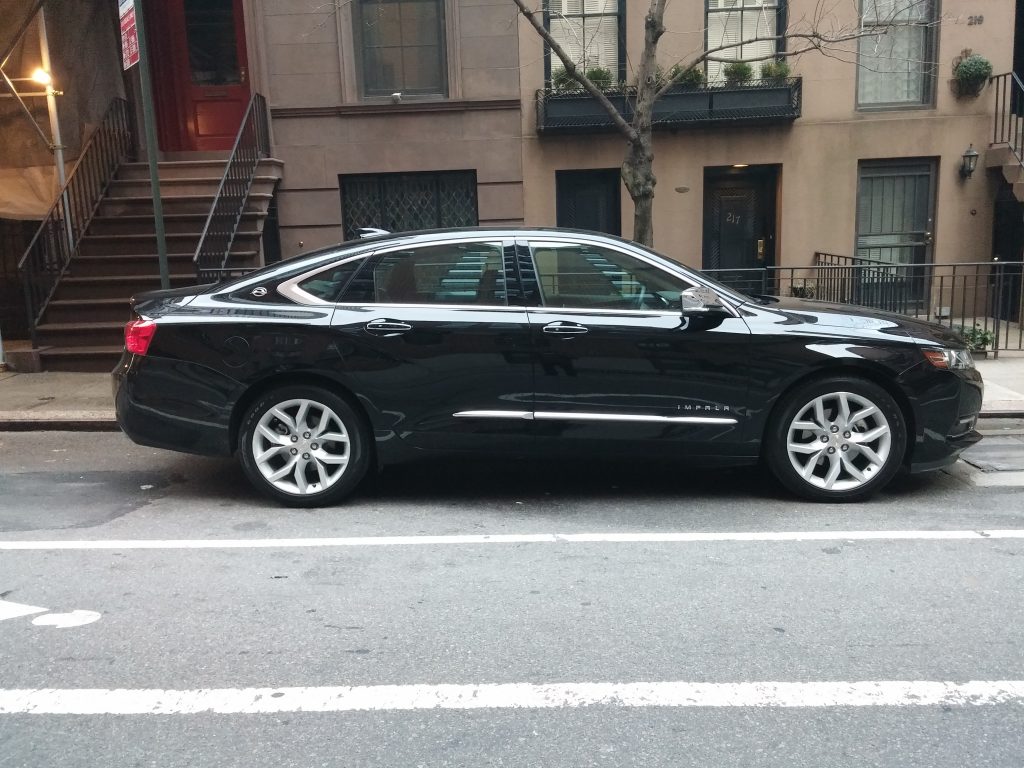 New this year tech wise was a smart Fuel-saving stop/start technology with the standard 2.5L engine. Something I definitely notice as I drove around. At certain points maybe at a stoplight, you’d see the engine stay that it’s stopped. a slight press on the gas pedal would resume it to on, but these little stops definitely help you not burn just a little less fuel. Especially in stop and go traffic areas like New York City. Also present was OnStar with 4G LTE and standard built-in WiFi hotspot. I didn’t get to try this as I only realize it had it as my time came to an end. That week we were hit with a snow storm and I got a little distracted more days with the snow. But definitely something cool to have!

My drive with the Impala this time around was interrupted by a snowstorm, but still it was an enjoyable drive. My second time around with the Impala was even better than the first. The LTZ models gives me just enough style all around where I can grin about the looks of the car from all sides, and the ride itself felt great. The Impala is a nice sized sedan that can be used equally well for the family man with a pair of kids or just as enjoyable for the couple out for an evening of fun. The Impala looks good, drives well, and above all has some great tech inside to keep you happy. The Impala is one serious contender in the sedan category I would look at if I wanted to buy a sedan!

The 2015 Impala LTZ model I had for a test drive would set you back about $37,610.00 as configured here. MSRP starts out about $34,465.00. Again I nice choice for the couple or a small family. It has enough edge to look like a single person’s car, with enough comfort and practical features for any family minded person as well!