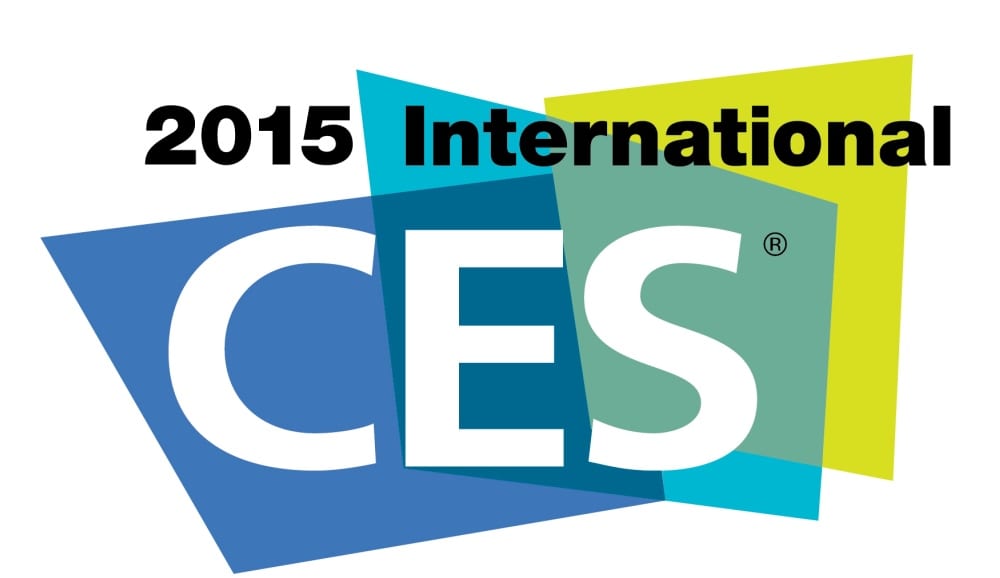 CES week is official done and all of our team is back in their respective bases of operations. At previous CES events we announced our best of at the end of the week, but hey why the rush. Now that we’ve returned home and had some time to think, below is a list of items we found cool while at CES. These items are the ones that got us excited and left us with a feel of “Oh this is cool”. This doesn’t represent any shift of any trends in technology or any opinion on any industry as a whole, but just some gadgets a few gadget loving people thought was the coolest they came across. 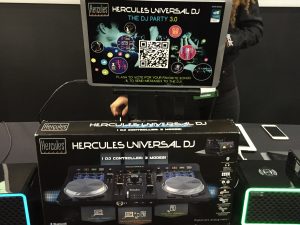 The Hercules Universal DJ won a CES 2015 Innovation Award and was pretty awesome to check out. What made it cool was the ability for the DJ to mix from a laptop, smartphone and a tablet without skipping a beat. This allows the DJ to even engage into the crowd and not have to stick behind the table the whole night.

It also has a feature to allow the crowd to vote on their favorite tracks. Using the DJUCED software was so simple it was easy for me to get a quick run through and be able to mix a song in a matter of a few minutes. What makes this even cooler is that it only costs $249.99, which is cheaper than most smartphones on the market. It’s great staple for am up and coming or even established producers. You can check it out here. – Ti-Sheba Jordan 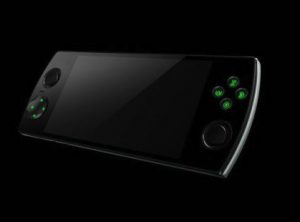 One of the coolest things I’ve come across while at CES 2015 was when I visited and attended the VIP unveiling event with Snail Gaming. Along with some of the best food and drinks of all of the events at CES, they backed it up with it’s unveiling of two products. Of the two, I’m going to speak on the first 3D Mobile Gaming SmartPhone called W3D. It’s 3D gaming without the conventional 3D glasses. The phone has an advanced eye-tracking system that accommodates each individual who uses the phone so the smartphone can be moved in any angle and still maintain its 3D image. It has a front/back HD camera and is a deep customization based on Android 4.4 with 44 channels fully supporting LTE/CDMA/TD-SCDMA/GSM. Also built-in is Bluetooth 4.0 + LE transmission with cellular 4G LTE for maximum download speed. Can we say dope? – Malcolm Batten 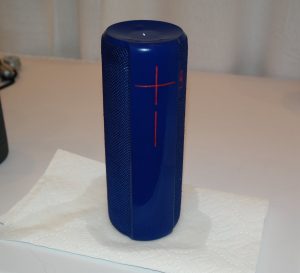 This CES saw a plethora of new speakers but we got to see an upgraded version of the UE BOOM from Ultimate Ears. The successor has been dubbed the MegaBoom and carries over features from the original BOOM such as dual pairing, alarm settings, and stain resistant design while adding some more. The MegaBoom is waterproof and can be fully submerged underwater, has the ability to turn on/off from the app, and offers up to 20 hours of music playing at normal sound levels. – Jason Million 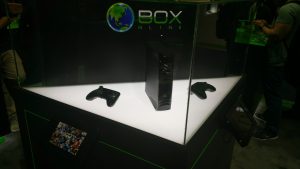 With Google’s project Ara in the works, (an interchangeable custom mobile phone,) why not a modular gaming console? Wait, what? Snail Games, creators of the ever popular, “Age of Wushu” and “Ministry of War” MMORPG games has created just that. The OBox Online is an Android based game console powered by Nvidia’s K1 processor that outputs 3D and 4K video. Snail knows that your needs will change, the OBox Online is designed to be easily upgraded. Snail is not the first company to go into the Android based console systems. Ouya recently headlined the option and Sony Xperia Play before it. As a system builder, the prospects of easily upgrading a gaming console at will is more than just little intriguing.

I was fortunate enough to see and take apart the console, but how does it play? I tried out some of the featured games in both its 2D and 3D varieties. I’ll first admit, I’m not a fan of 3D gaming. The experience was surprisingly smooth, immersive and I was extremely impressed. It’ll just be a matter of time to see if the content will be there to support the device. Snail Games plans to release the OBox Online in China in Q2 2015 and in US and Mexico in Q3 2015. Retail prices for the US are set to be officially announced before this year’s E3 Show. When asked, a representative pricing may go between $99 to $499 depending on the model. A modular Android Console that displays 3D and 4K Video with an attractive price point is something worth keeping an eye on. – Kris Maxx 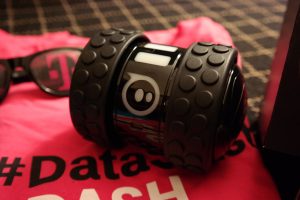 Ollie by Sphero isn’t exactly a new item as of CES, it has been around for a little bit. But it wasn’t until CES that I learned and got a catch to check out Ollie for myself. I picked up a Ollie during an event on the first night right before CES started. I had planned to mess with it that night but didn’t get a chance until my last day in Vegas. I took Ollie on the strip and gave it a spin. I must say, Ollie is an amazingly fun device to play with. This could equally be side by the crowd I used it around. All kinds of people looked in amazement as Ollie rolled around.

The Ollie works with both iOS and Android which is always a plus, and can be enjoyed by children and adult alike. During my use of it kids had fun chasing or running around from Ollie, dogs looked on in awe, and adults where very curious. I left CES most excited about Ollie and thus thought it was the most cool. The Darkside Ollie is a special edition of Ollie that comes in all Black and includes a couple hubcaps and tired above what normally is offered when you purchase one. The regular Ollie will cost you $99.99 and the Darkside edition will run $149.99. – Jason Anderson

These are the items we thought was cool this year, and can’t wait to see what will be next in 2016!

ShopWithMe is The Matrix of Shopping [#CES2015]