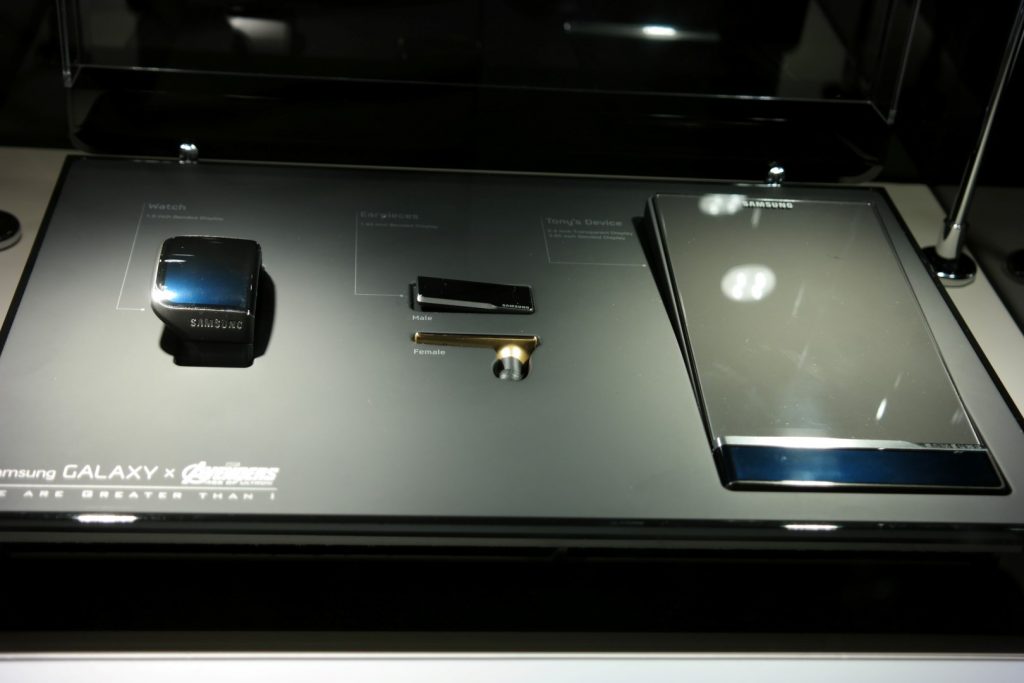 The other night I was able to check out an event hosted by Samsung and showing off their continued collaborations with Marvel. They had everything from huge displays of Avengers characters to various Samsung devices such as the Galaxy Note 4, Tab S, and the newest Samsung Galaxy A5 with Marvel themed features such as icon apps, and reading Marvel comics.

What was surprising and the most intriguing of the event was that Samsung had themed Avengers products on display. Sadly they were of course encased in glass but still awesome to look it and make you pray that they would release one day even though we know they wont. They had a see through smartphone for Tony Stark, and metal alloy smartwatch and bluetooth earpieces as well. Of course to see these “functioning” you need to catch Avengers: Age of Ultron coming later on in the spring.

Is there any of the three you’d love to get your hands on?