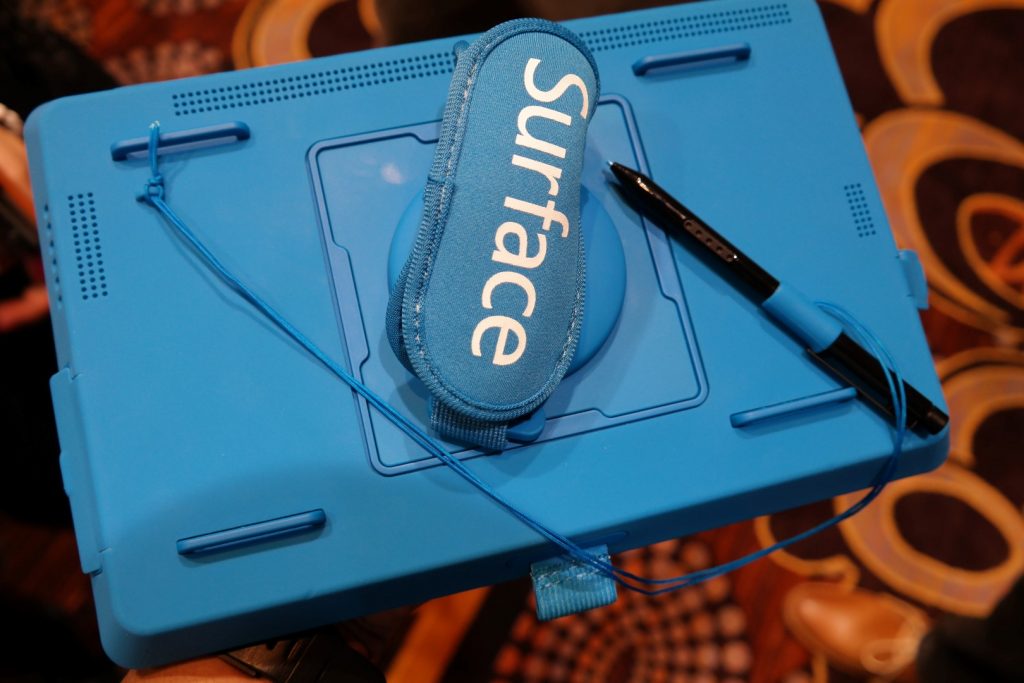 If you been watching the NFL sidelines this season closely, you might have seen the coaches and other personnel opting for one of these blue tablets instead of having stacks of paper and flipping through them. That blue tablet you are seeing is actually a Microsoft Surface Pro 2 wrapped with a special casing just for the NFL. The casing is designed to withstand extreme conditions such as heat, rain, snow you name it. Also take some hits whether it’s dropped or there is some slight collision. I know you maybe wondering why they have Pro 2s instead of Pro 3s and that’s because this setup with the NFL was done months before the Surface Pro 3 may of only been a thought and it was better to work with existing tech rather than future. So hopefully we will see the NFL using Pro 3s next year or possibly even the next Surface Pro that hits the shelves. 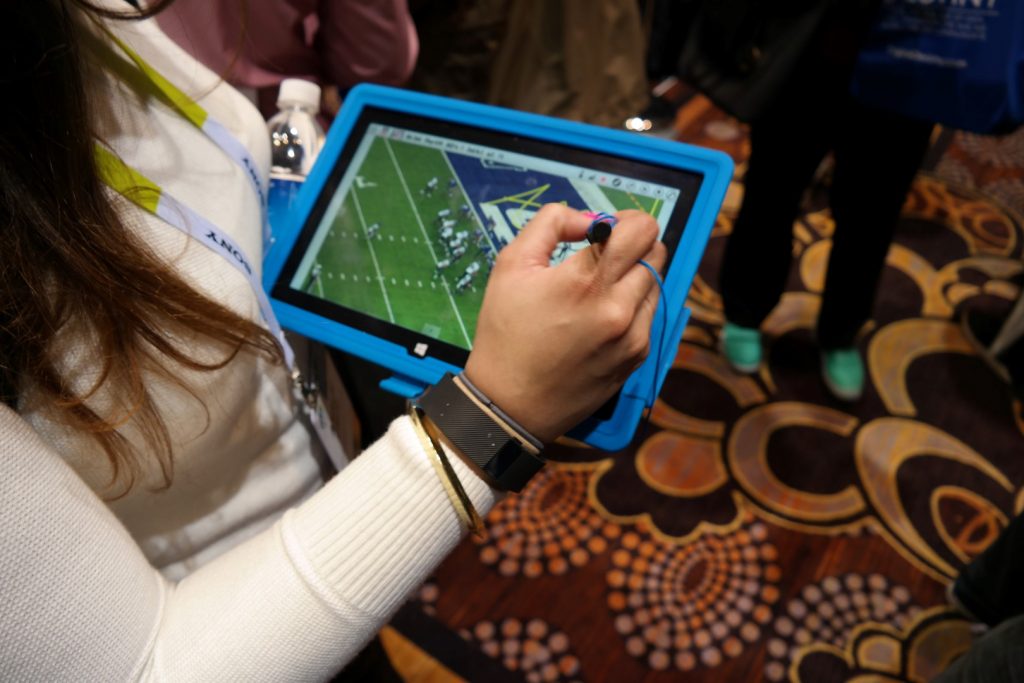 Besides the protective casing on the Pro 2s, the fact that coaches and players can easily draw up plays without having to sith through paper is great and they can easily erase and save as well. A question I asked is if they produce video, unfortunately they don’t but that’s more likely to do with the NFL and would make instant replay for those huge significant plays pointless. They are fed constant still images to make sure you don’t miss every play though,

Each team is provided Surfaces for each game and are kept in these blue tall charging stations that are wiped after each game. Afterwards they are watched and guarded until the following game to make sure there isn’t any tampering going on that could provide issues. The case itself feels great with the hand grip on the back and writing up plays is easy as 1,2, 3 with the attached stylus. 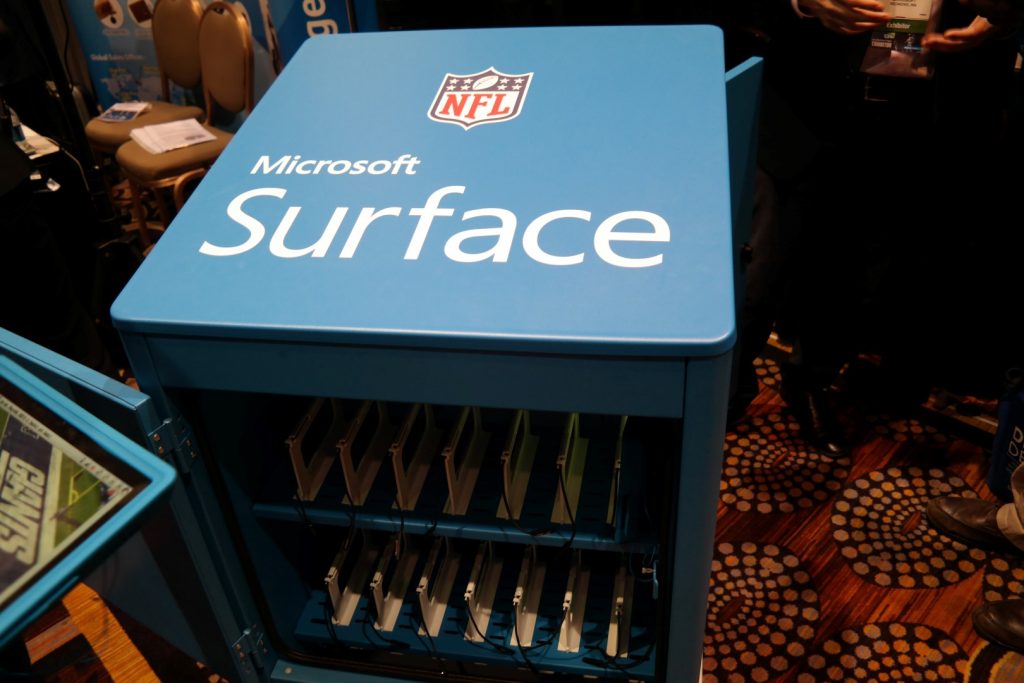 What’s funny though is that even though it’s for the NFL, I was told they get requests from consumers for these all the time as the protection is top-notch. I can imagine down the line sports will do away with paper and just go solely on tablet usage. It saves paper and can give you a cleaner visual look of what’s going on right at your fingertips and when needed most in those crucial seconds.