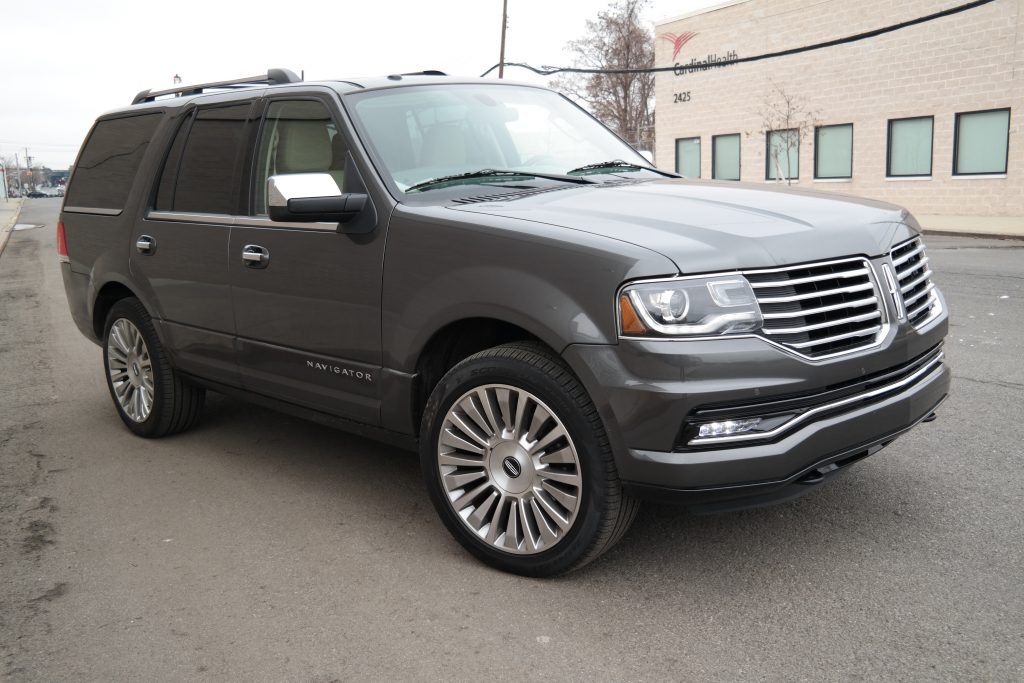 The Lincoln Navigator is the OG of SUVs. It’s been around for a long time and one of those that has mind share when you think of SUVs in general. At the same time, the Navigator hasn’t much changed since its day as one of the two big models one would come to think of for large SUVs. The other being of course the Escalate. Now a days due to high cost of gas prices before the more recent break, large SUVs wasn’t really the car you wanted if you wanted to save money in the pocket. Now that gas prices have easy so is it prime time for the Navigator to stand out? 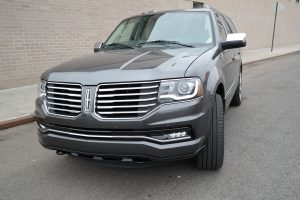 The 2015 Lincoln Navigator is one of shoe classic Sims that most people talk about when they think of the big Sky types. Long has the Navigator been talked about in my circles, probably because of the way gas prices has been. While this may have put a damper on the mind share of the Navigator, it hasn’t lessened its style. The Navigator is through and through a luxury vehicle. This remains so with the look of the 2015 model. Inside and out the Navigator is luxurious. There were some design choices I probably wouldn’t have made, specifically with the front of the car, but overall it is an SUV at the top of its class!

The changes made to its look do give it a more modern feel, something it did need as the look of the Navigator has been the same for as far as I can remember. Some areas this looks great, others mainly the front give it a slightly awkward look that I can quite place it to describe. It stands out, but I can decide if it is in a good or bad way. On the inside, the Navigator has a premium feel all around. I expected as much and Lincoln does deliver. 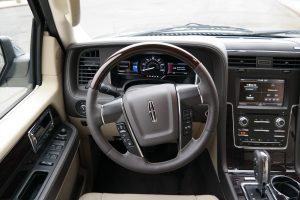 The Lincoln Navigator has all the tech features a car of its class should have. From Bluetooth connectivity to heated seats. Satellite Radio and more are all onboard. Again I expected as much and Lincoln doesn’t fail to deliver. When it comes it its infotainment center, you’ll be familiar with it as it shares the same the same system as the rest of the Lincoln line up and Ford Motors as well. This is both good and bad. Good as this means the learning curve is nonexistent if you’ve own another Lincoln or Ford car in recent years. Bad however as it is time for something different. As I mention in my Lincoln MKC review, while the current Sync system works, and is easy to use it has now grown stale as I’ve used it since 2012. There is hope for a new system based on QNX, but how quickly that reach ever car in the Ford and Lincoln line up is unknown. Until there you will have no issues getting yourself up and running with the current Sync system and I take ease whenever I have to use. 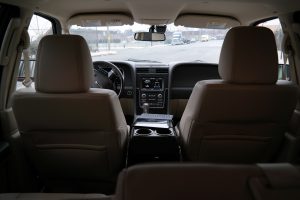 My experience with the Lincoln Navigator is a mixed bag. Though I will note that none of my issues are the fault of the Navigator or Lincoln themselves in their choices. The Lincoln Navigator in a place like New York City is just a very unpleasant experience. The Navigator is great, drives smooth and is a general comfortable car. However to own one opens the doors to all the reasons why one would not want a large SUV in an urban setting. For example, gas is a pain! Even with gas prices as long as they have ever been, filling up a Navigator will hurt the pocket over time. Two days into my review of the Navigator with only short commuting trips to and from work left me approaching half tank. This was quick trips from the Bronx to Manhattan. Then there is the issue with parking. Unlike with a small car, your on street parking options are very limited with a car of this size, space you might have been able to squeeze into with a smaller car are out of the question for the Navigator . This can leave you at the mercy of the parking garage who will be happy to park your car for the extra cost of 10-15 dollars on top of the high prices they charge already. I drove in to park next to my job one morning and arrived for the early special rate. What normally would have cost me $22.00, with the Navigator cost me about $50.00. This alone would prompt me to never want to drive into the city and just take mass transit.

Again this isn’t the fault of the Navigator itself, as there are a few other large SUVs that would fall into this category as well. But as nice as it was to drive the Navigator, this situations added to the experiences I had with the car. Would this prompt me now to buy one? Yes. But then again I’m an urban city dweller. If you lived in an area where you could really get some use out of the highway on the regular, you experience might not compare as much to mine. This is a car you’d want to frequent places that have free parking, or your own space you have for you or don’t have to pay for.

Urban city experiences aside, the 2015 Lincoln Navigator is one of the top two SUVs I think of when I think of luxury SUV. Its value, design, performance, style, status among models of its type is well known. With a starting cost of $60,000.