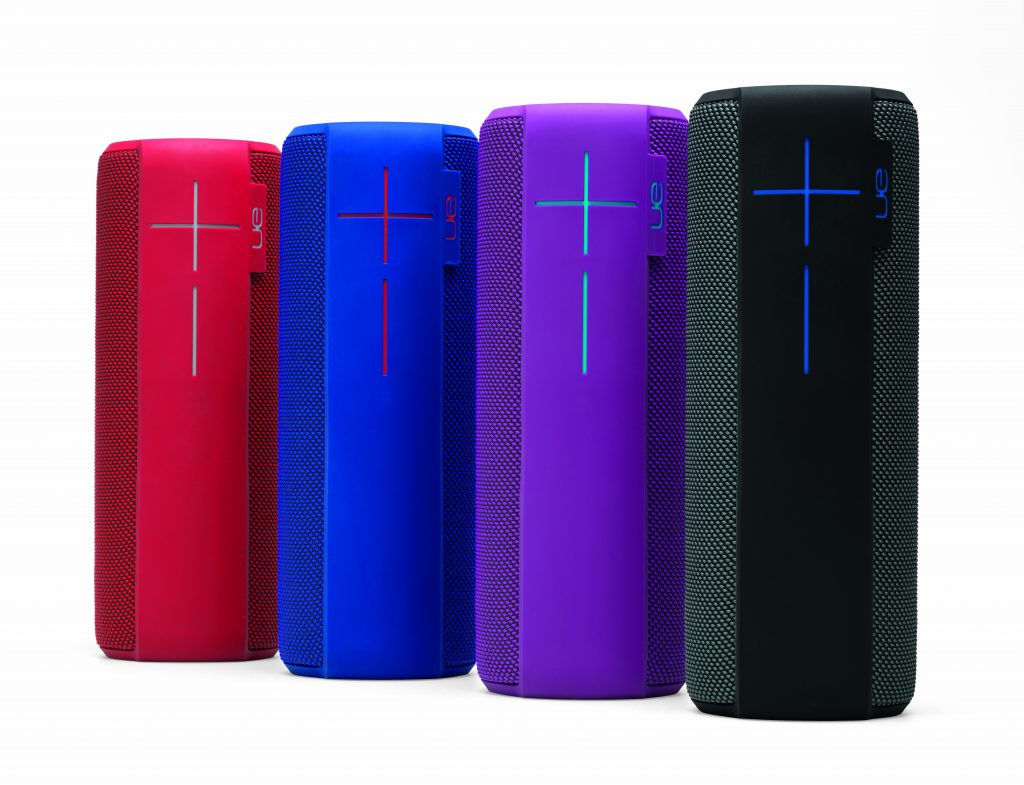 One of our favorite portable Bluetooth speakers of 2014 is resurfacing with a bigger and badder version with the UE MEGABOOM. It’s stated to have more bass, power, and sound then its original model. Like its predecessor the UE BOOM, its graded IPX7 certified to make it waterproof and that stain resistant coding on the skin. Based on its design it’s always easy to pick up, grab and go.
What’s great about Ultimate Ear’s speakers is they always keep supporting it via updates through either its iOS or Android app. Some functionally is ON/OFF remote capability, alarm functions, and pairing with either another UE MEGABOOM or even a UE BOOM.

You can also wirelessly Double Up with a second UE MEGABOOM, or UE BOOM, for twice the beats.
“People want their music wherever they go, and to be part of everything they do,” said Rory Dooley, general manager of Ultimate Ears. “That’s why we designed UE MEGABOOM to be strong enough to withstand your life and your adventures, and allow you to share the magic of music wherever you go.”

Pricing is set for $299.99 and will be available this month. Keep an eye out for some hands-on and reviews later on.