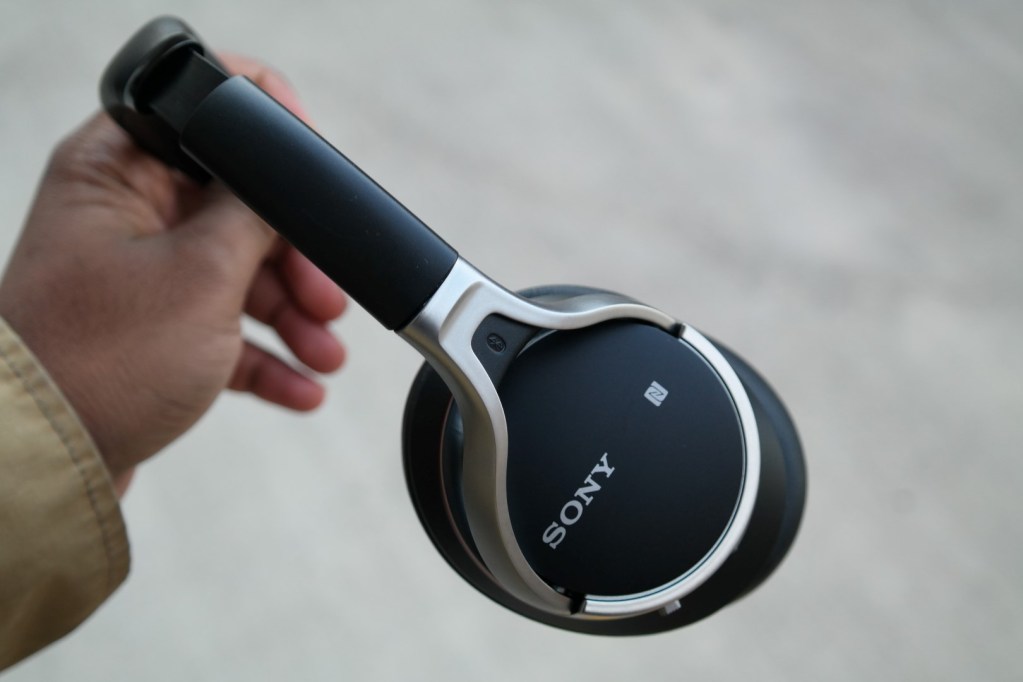 The last pair of headphones I checked out from Sony was the MDR-ZX750BN and while they packed a ton of features for its nice price point design wise I felt they could have used a bit more. Maybe Sony heard my prayers because they seemed to make some adjustments to these set of cans and also work on the audio a tad more as well. How good do the MDR10RBT compared to the MDR-ZX750BN? Let’s give them a listen and find out. 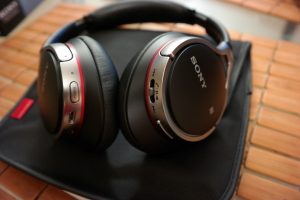 The design on the MDR10RBT has a very clean look to it and while not outlandish or bold like others it doesn’t look boring either. It has a mix of black with metallic silver all throughout the headphones. Headband has a little cushion and is black while the earcups are nice and plush and black as well. On the silver exterior is where you will see the different features of the headphones on each cup.

The left side has a power button(which feels a bit weak) , microUSB charge port, audio input, led light, and mic for when on the phone for calls. Right side has a volume toggle and play control toggle that can be flicked left or right or pressed down to play/pause or answer calls. If you tap on the right cup you will be able to utilize NFC which Sony has taken a liking to for some time and its appreciated. It also comes equipped with a nice carry pouch which you can see in some of the images. 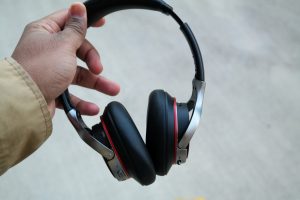 I was listening to a lot of Deadmau5 and Skrillex lately and the bass is felt in these headphones. The sound is very clean and doesn’t seem to be muddy what so ever. While not noise cancelling they did pretty good in keeping the sound in and helping block out the sound around you. They think they a much better job then the MDR-ZX750BN. In some noisier areas I wish I could have cranked the audio just a tad bit more on them but I survived. 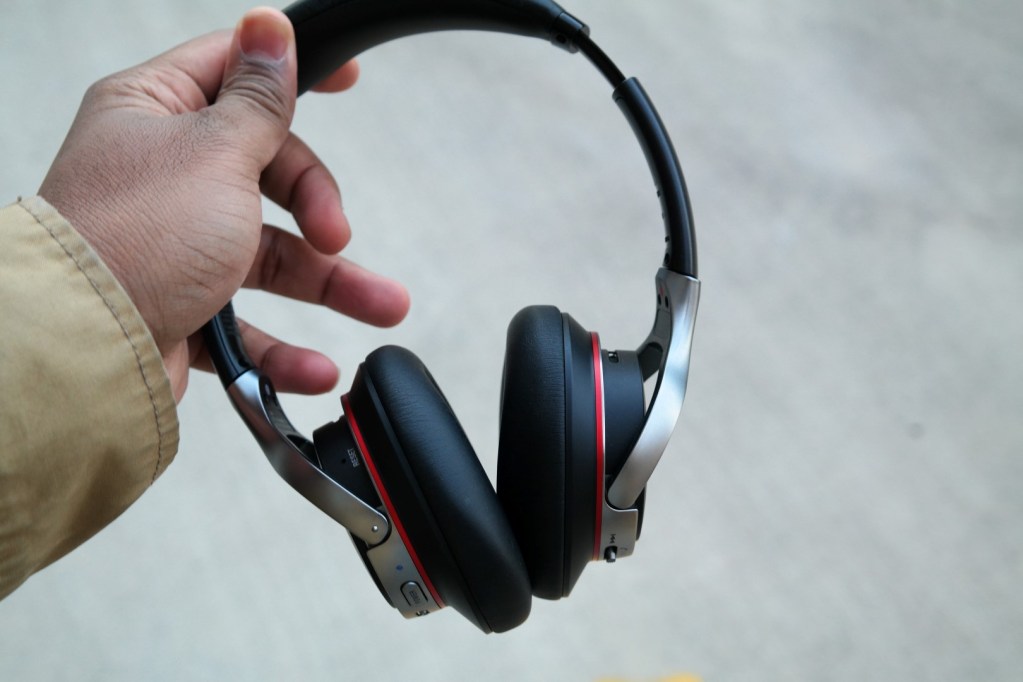 Using them for long period I didn’t experience any discomfort and this can attribute to the headphones being super light and the earcups having such a soft pillowy feel to them. The play toggle could be a bit stronger or heavier as any slight bump or rub and you are either repeating the same track over or on to the next one. It happened moreso when we had some cold days here in NYC and I had to bundle up a lot and in doing so the collar of my jacket was changing tracks. Battery life has been pleasant on them and I don’t even recall recharging them very often and I have used them a great deal.

I’m actually more a fan of these then I expected. The simple but cool design, great sound and excellent added features. They feel like they were really put together nicely and the fact they are lightweight makes them even better. Only thing I really had a problem was that the audio could be a bit louder or least provide the option and the toggle button for the play controls could have been a bit more harder and not so easy to flick.