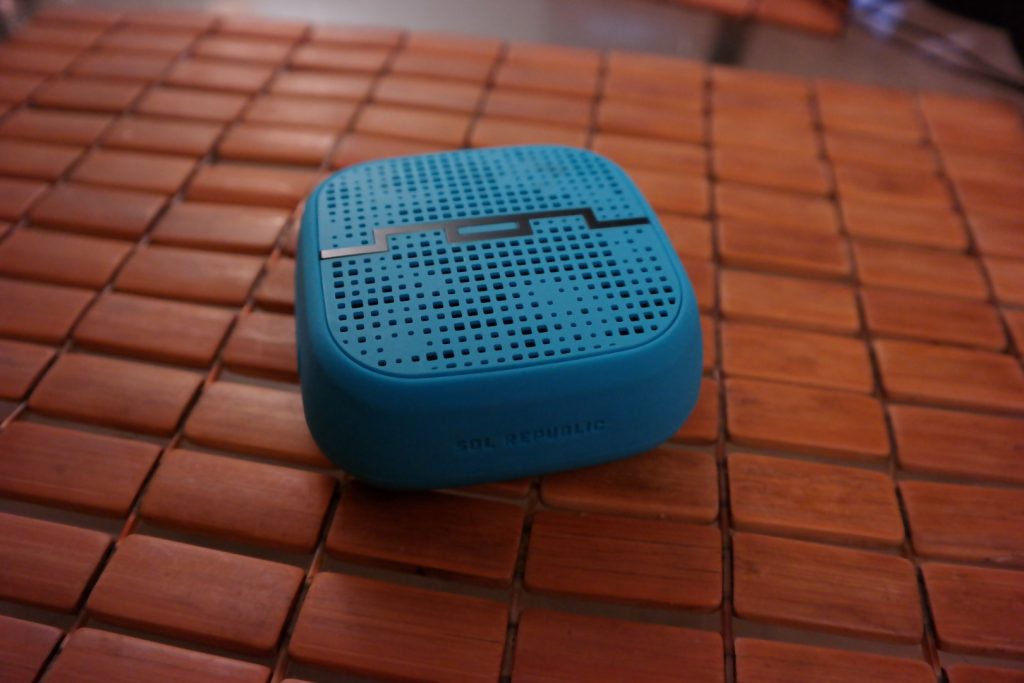 Just when we thought SOL REPUBLIC was done with their party favored DECK that came out last year, they introduce a smaller more portable speaker with the PUNK. Now don’t let the name PUNK fool you as it’s not that in the music playing department. The PUNK is actually designed to pump out just as much sound as the DECK. It’s small size  allows for more portability and take your music with you like never before. Is the PUNK worth the price and does it have anything else up its sleeve?

Hockey Punk designed speakers seem to be the rage this year and the PUNK by SOL REPUBLIC is no different. Its shaped just like one and comes in various colors maxing out at 7. When you pick it up you will notice it has a rubberized texture all around it. Its built to handle bumps and bruises being shock resistant as well as being water and dust resistant. With its screw able mount on the bottom you can hook it up to a bike or attach a carabiner to hook up to your backpack for all those on the go needs. I like how I can just throw it in my bag and also don’t have to worry about it getting scratched it with its build quality. 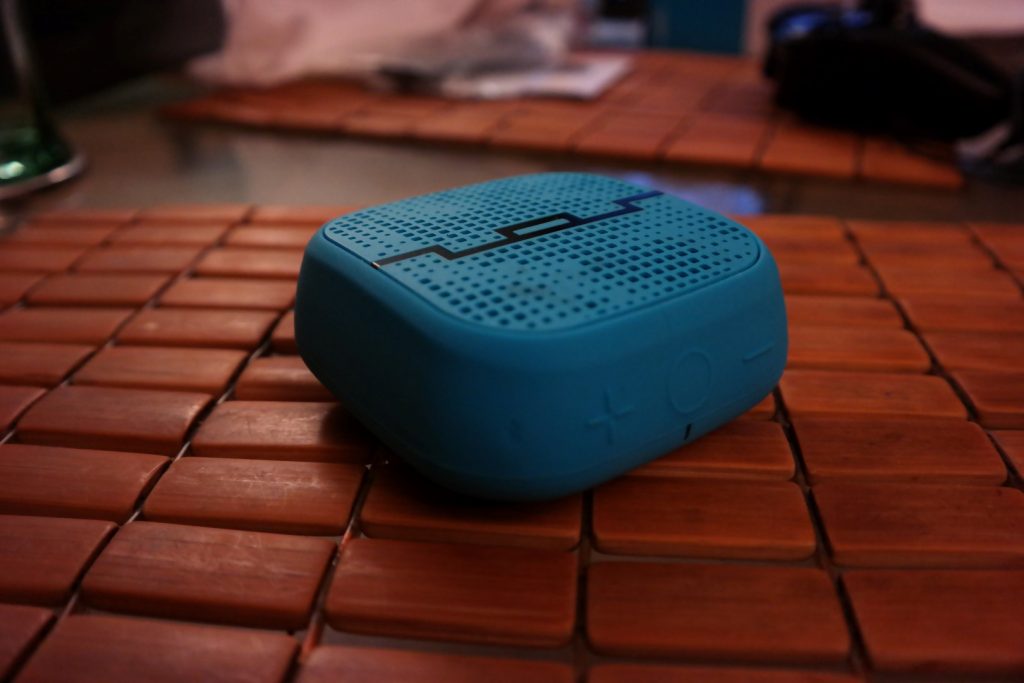 With the PUNK you are able to connect it to a stereo to produce audio out or pair it(wired) with another speaker to have dual sound with its audio jacks hidden in a compartment on the left side. Nice feature with the PUNK is it will tell you how much battery is left ranging from high, medium, or low. To achieve this, just press the volume buttons together at the same time. Battery is stated to be about eight hours and I would say I got around that with normal playing sound. Other times blasting it I got around 5-6 hours. So your mileage may vary depending on our listening taste. I am surprised it doesn’t have a built-in speaker which I started to see was the norm in these bluetooth speakers. Also have to remember there isn’t any NFC which while isn’t a big deal, I have adjusted to SOL REPUBLIC wireless products having it.

Being a small speaker compared to its predecessor I was afraid the sound would suffer. Thankfully that’s not the case with the PUNK. Playing music ranging from hip hop to EDM, music sounded clean and didn’t seem to produce much distortion while blasting it at high levels. What’s great about the PUNK is with its rubberized body it wont move when thumping loud tunes which I have seen with other speakers before. I will say I think it gives out as much as sound as the DECK before it but if you are looking for even stronger sound there is the DECK ULTRA.

For the price you pay for the SOL REPUBLIC PUNK which is at $69.99 it is a nicely built little bluetooth speaker. I like the build quality and the fact it can take a nice beating and you don’t have to worry about it. I do wish it had some features such as NFC which isn’t quite a big deal but others like a speakerphone are missed but that could also maybe taken out to assist with its water and dust resistant design.