Finally the return of “SPECTRE” to the Bond franchise. Yesterday Sony Pictures held a special press conference at the 007 stage at Pinewood Studios, London. Director Sam Mendes hosted an event announcing the new title and cast for 24th official James Bond feature produced by Ion productions. For those who are not die-hard Bond fans, “SPECTRE” (SPecial Executive for Counter-intelligence, Terrorism, Revenge and Extortion) is the global terrorist organization featured in Bond creator’s Ian Fleming novels and in many of the early Bond films.

GEEK FACT: Marvel’s HYDRA, G.I. JOE’s COBRA and a few others are all inspired by SPECTRE.

Daniel Craig is back in his forth stint as the legendary spy with returning “Skyfall” Director Sam Mendez. The director promises, “everything you would expect from a Bond movie,” with “a little more variety … maybe a little more mischief.” Other returning cast mates include, Rory Kinnear as Tanner, Naomi Harris as secretary Miss Moneypenny, Ben Whishaw as Q and Ralph Fiennes taking over from Dame Judi Dench as spy chief M.

New to the cast is Andrew Scott (Moriarty from BBC’s “Sherlock”) as Denbigh, Monica Bellucci as Lucia Sciarra, Léa Seydoux (Sabine Moreau from “Mission: Impossible – Ghost Protocol”) as Madeleine Swann, Dave Bautista (Drax the Destroyer from “Guardians of the Galaxy”) as Mr. Hinx and Christoph Waltz (“Inglorious Bastards” and “Django Unchained”) as Oberhauser. Also announced at the event is the return of Bond’s classic Aston Martin, in this case the DB10. Aston Martin has been part of the Bond legacy as far back as 1964 with Goldfinger. 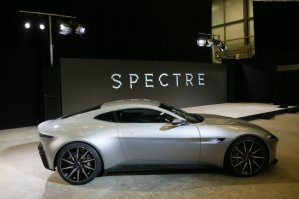 Sony Pictures Entertainment said in a statement:
“A cryptic message from Bond’s past sends him on a trail to uncover a sinister organization,” “While M battles political forces to keep the secret service alive, Bond peels back the layers of deceit to reveal the terrible truth behind SPECTRE.” 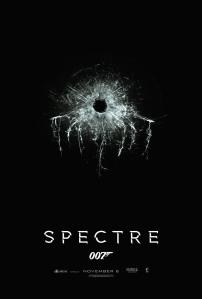 There’s no mention on if SPECTRE will continue the story line left behind in, “Casino Royale” and “Quantum of Solace”. “SPECTRE” starts production December 8th, 2014 and will take Bond from his base in London to Mexico City, Rome and Tangier and Erfoud, in Morocco, as well as locations in Austria. The last entry “Skyfall” currently stands as Bond’s most financially successful venture, bringing in more than $1.1 Billion Worldwide.