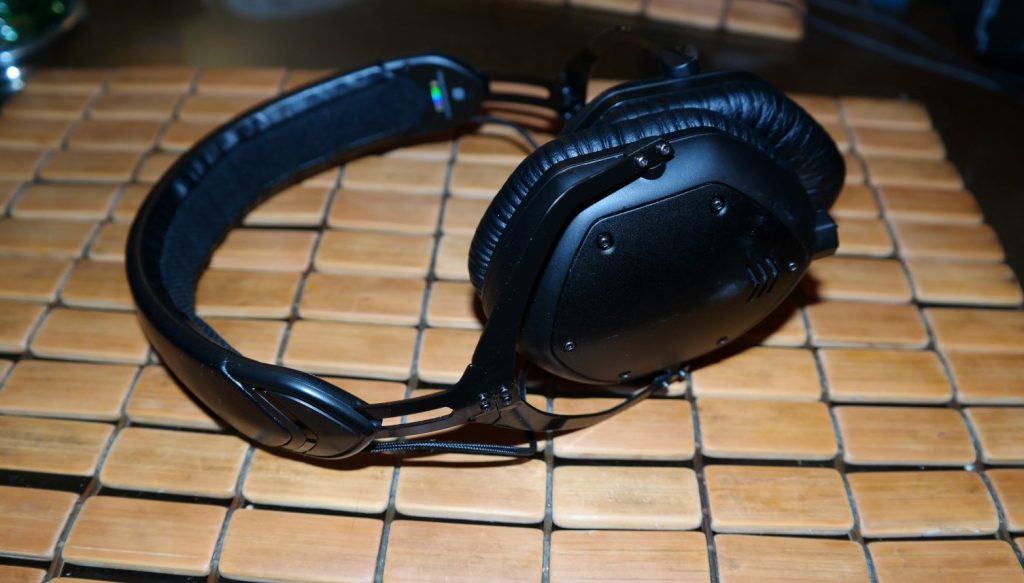 Over the summer I was able to get my hands or rather ears on one of my favorite headphones this year which were the V-MODA XS. They were great as they were small, compact, and still packed a nice amount of awesome sound. They were considered to me a nice comfortable pair of on-ears to rock. While that was the case I love over the ear headphones as I like to be fully immersed in the sound. Seeing as I like I liked the V-MODA XS so much I had to take a swing at their bigger older brother the M100s and see if they sound just as good. 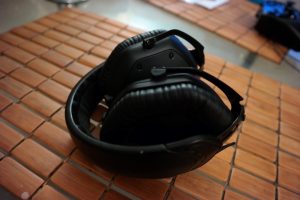 Picking up the V-MODA M100s you can already feel the quality and sturdiness coming from this brand. The headband is what they SteelFlex which typically means you can bend it and twist it and will go back to the way it was before. It makes it virtually indestructible and should last a lifetime from normal wear and tear. Under the headband is a mesh material while the rest covering the entire leather type feel.

Earcups are outfitted with memory foam and feel great on the ears. While the XS did a good job also on my ears, even though are rather small, they cover and surround my ears for max comfort and sound quality. Attached to the earcups is a kelvar reinforced audio cable which is pretty much un tangible. If it does you can unravel it easily in seconds. Also with the audio cable you can decide to use it on the left or right earcup as it doesn’t matter which you plug into. Whichever plug you leave open you can plug another pair of headphones in and share the sounds off one connection. 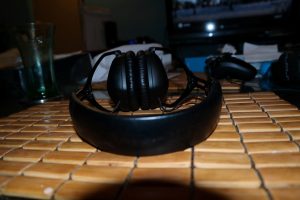 So what’s pumping the sound for the V-MODA M100s ? Its a 50mm Dual-Diaphragm Driver in each ear. Your mid and highs come from the inner ring while the bass is separated on the outer ring. This provides your music with more clarity and still allows you to get that taste of bass you desire. Songs like Michael Jackson’s “Scream” you can hear him and Janet’s vocals clear as day and still feel that bit of bass in the background. Tracks like “Only” by Nicki Minaj you can get more of the bass as that’s what the track is emphasizing more on. With the M100s the bass isn’t taking over the music but gives you just enough.

I have had lengthily conversations using the M100s while taking calls with them on and the results were pleasant. The party on the other end can hear me clearly with no reports of distortion. On my end I had no problems hearing the party.

I thought trying to pry my ears away from the V-MODA XS would be a problem but I guess it had to take a bigger modeled design to take the reigns. Using them for long periods whether in the house or on train in NYC didnt provide any discomfort and I think that’s in part of the memory foam.  One issue I had was it looks like the replacement plates can get some wear and tear depending what type you have. Mine as you can see is black but you can also see its starting to faint slightly

If you like music and in the market of buying some fresh cans you have to give the M100s a listen. Sound quality is top notch, build and design is on point.  They don’t prove any discomfort thanks to the memory foam and can be daisy chained with other headphones for mutiple listeners. If you are looking for something smaller you can always check out the V-MODA XS which sound just as good.