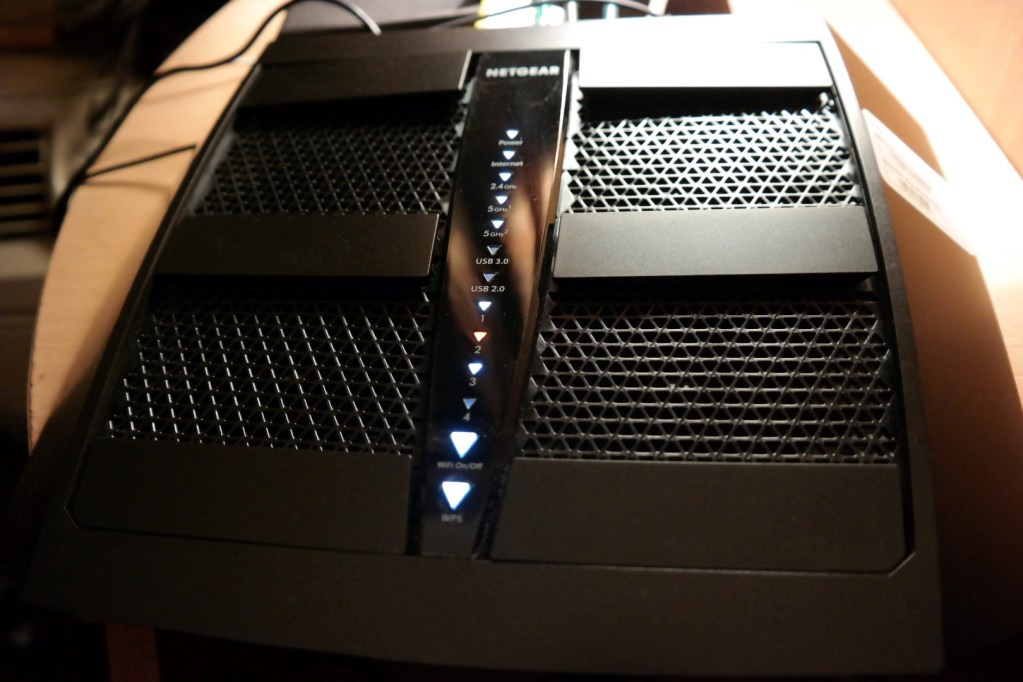 As more consumers use wireless devices, the hunger for more wireless networking is needed. The Nighthawk X6 AC3200 Tri-Band by Netgear is one of the first Tri-Band routers on the market. What Tri-Band means is that it has three bands which are 2.4GHz, and two 5GHz signals while dual band routers only had 2.4GHz and 5Ghz. What that ultimately means for you is that you will have the ability to spread your devices over various channels rather than on one or two bands. Now the question is whether the Netgear Nighthawk X6 can help you maximize your internet potential? 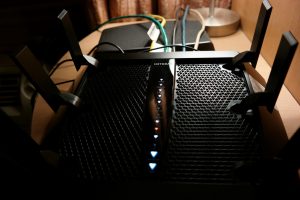 Once you hear the name Nighthawk X6 and then see the router design you will see why it’s called that. Like a Nighthawk fighter jet with multiple wings, the router has multiple antennas, six to be exact. They can be pushed down to be hidden in the base itself or extended for maximum range of wireless signal. In the middle there are light indicators for multiple Ethernet connections(which is up to 4), WIFI connections, USB 2.0, USB 3.0 and WPS. All those mentioned can be seen on the back of the router via ports.

It is a cool looking device that you could be mistaken for a model toy if not looked at twice. I did like the option where if the constant lights bother you can go head and flick the switch on the back and only light remaining on is the power button. It also has a nice cooling system as there are vents all over and will keep it from overheating. 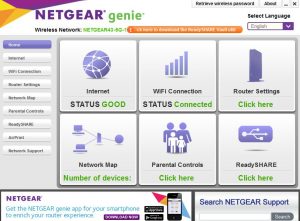 I will always rave about this, but setting up the router was quick and easy. All I did was remove my older router and hooked up this one. I did a reset of my modem, plugged in my Ethernet cables, grabbed a couple of my mobile devices & laptop and signed up on the new wireless connections. The process took no longer than about five minutes top. The older router I had been using was also a Netgear but I don’t think it had any input on the quick outcome of the setup.

Once connected, first thing I do is check the connection speeds. With my Ultimate Internet tier from TWC I’m supposed to get a max of 300Mbps down and 20Mbps up. On the N900 I was pushing no more than 100+ on my Surface Pro 3 via Wi-Fi. Once using the new Nighthawk X6 modem I was getting close to 280. With a straight Ethernet connection I was grabbing 330Mbps easy and consistently. Seeing as I have a Surface Pro 3 and it is capable with ac speeds everything worked out perfectly. Having the option for multiple bands is great and helps keeps wireless channels from getting over cluttered with users. I usually only keep my devices on the 5Ghz signals for max speeds if applicable. 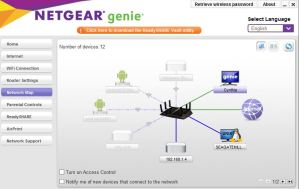 If you are getting a powerful router like this I can imagine you wanting to get access to your router at all times. One app that accompanies this task is Netgear Genie. You can do everything from set Parental Controls, change the settings such as channel or password on your router or check the Network Map. The Network map feature is great as it tells you which devices are connected and even which ones were on the network but are laid dormant at the moment. It beats the old days accessing your router where you had to go through various router options and doing it via a website. With Netgear Genie you can access it right from your taskbar.

The Nighthawk X6 has plenty of bells and whistles and is geared towards either the individual that has multiple devices such as gaming systems, laptops, mobile devices, etc and not for those that have just one or two devices. The X6 is terrific for giving you access to making configurations and it is pretty easy to do. The only thing that may deter you from the Nighthawk X6 is its hefty price tag of $299.99.