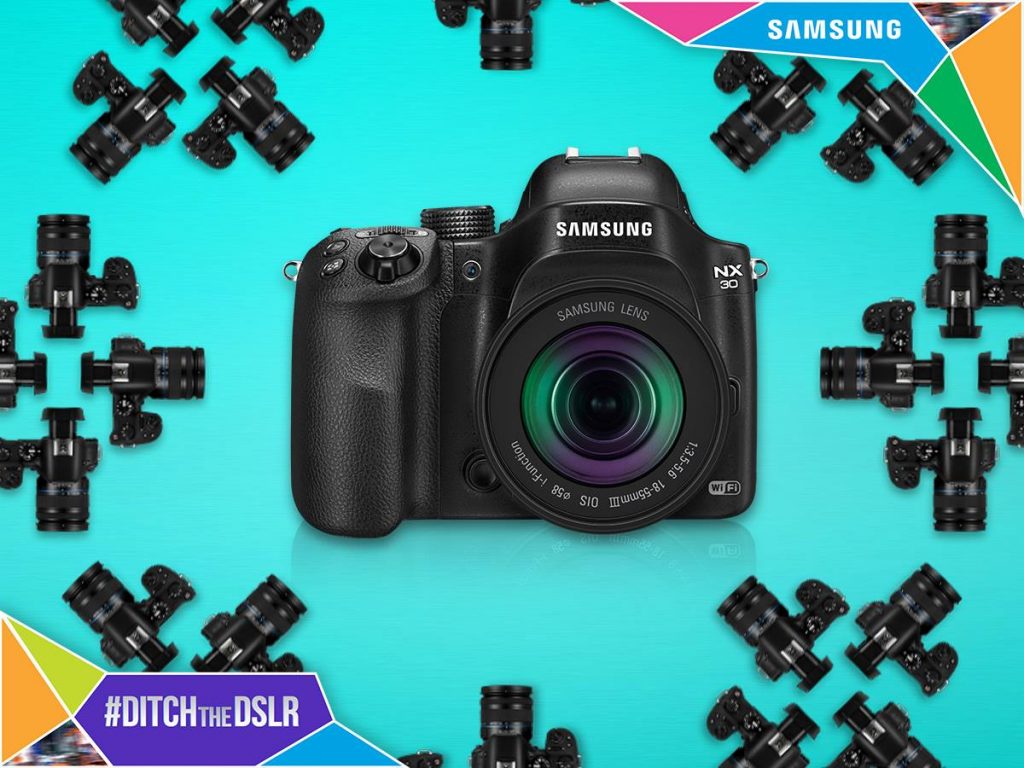 If you recall in the beginning of the summer Samsung had this nifty little deal where you could trade in a old DSLR you have laying around and get a shiny brand new Samsung NX30 which is valued at $1,000. The event took place at Times Square and people were lined up in droves to get a chance to get rid of something old and get something new. A few of us were lucky to participate in the event and get a NX30.

This time Samsung will be having the event at the Hollywood & Highland Center on 6801 Hollywood Blvd., Los Angeles 90028. To outdo what was done on the east coast, Samsung will be bringing the stars such as Nick Cannon, Julianne Hough and even do a charitable donation with presenting Habitant LA with $50,000!

Besides Samsung helping you ditch your DSLR they will also be teaming with Cannon and Hough to attempt to break a Guinness World Record for biggest selfie.

Make sure you check out the Terms & Conditions for qualification of your old DSLR and get ready to get either a NX30 or a NX Mini. DSLR must be in working condition, have lens and battery.

If you are in the Los Angeles area will you make a trip out and get rid of your old DSLR? Or if you are on the east coast and missed out will you take a trip out to the west?