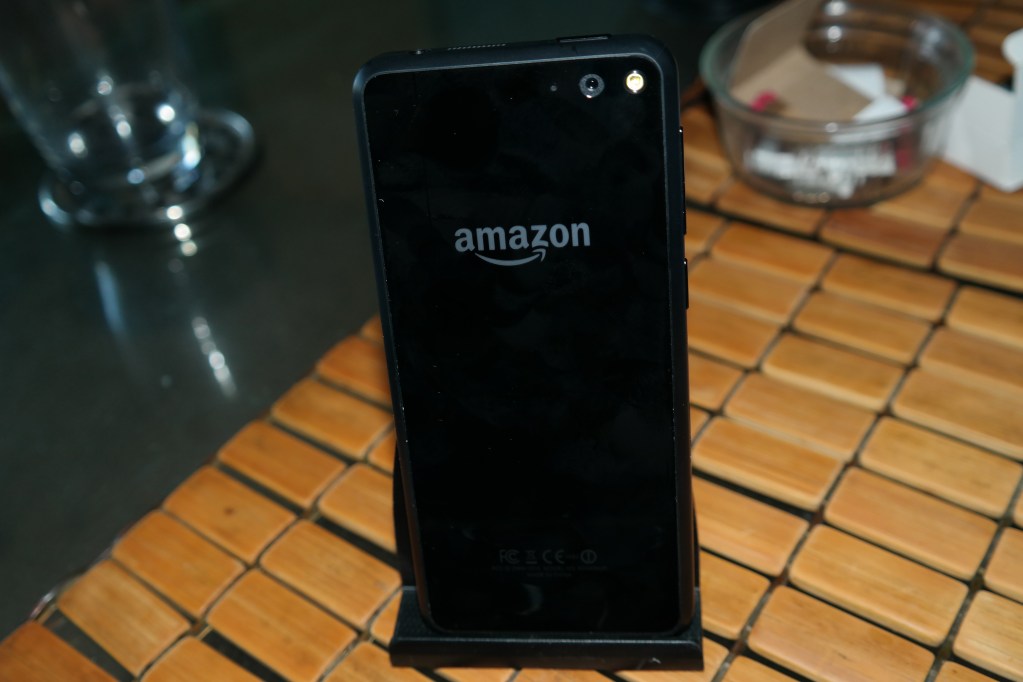 Amazon has been on a role of sorts this year as going from a “we have it all” online delivery company to becoming an hardware maker and digital media supplier. While they were having success with the Amazon Kindle Fire, they decided to come out with a streaming media box to combat the Roku with Fire TV. Months later when we though they were done, Amazon goes into the smartphone industry with the Amazon Fire Phone. Seeing how these other properties they have established and are looking to be successful we’d think they can do it again right?

Amazon Fire Phone is a 4.7″ 720p smartphone that is housed in Corning Gorilla Glass 3 on the front and back. Around the device is a slight thin rubber that helps provide some grip on the Fire Phone. It has three buttons on the left side with volume toggle and camera button while the right side bears nothing at all while the top has a power button. 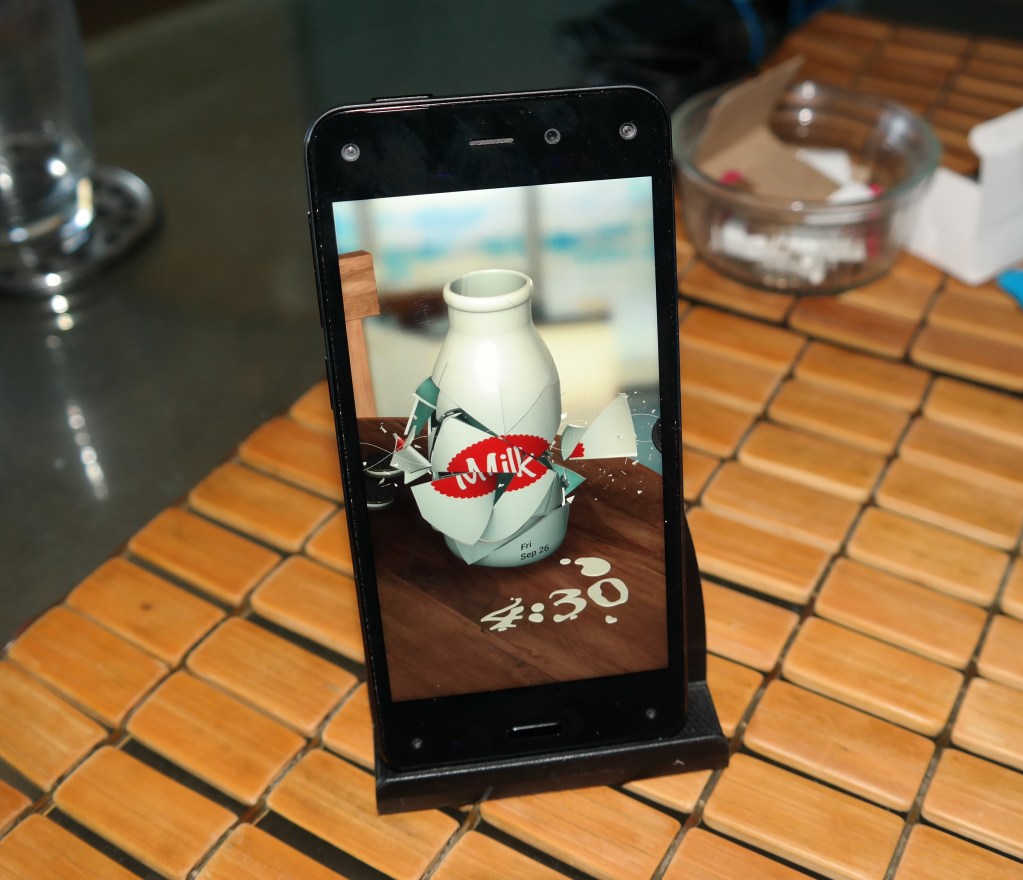 If you look on the top and bottom you will notice it has speakers which gives in essence gives you stereo sound. While it looks good I couldn’t seem to like it more than the dual bottom speakers of the OnePlus One or the front facing BoomSound speakers of the HTC One M8. It still sounded tinny and the sound coming from the one speaker of the LG G3 may of even fared better.

While it does have a 720p screen Amazon did give it some other decent hardware with a Qualcomm Snapdragon 800 processor, Adrenos 330 GPU,13MP OIS camera with a 2.1MP front camera, 32GB storage(64GB also available), 2GB RAM and 2400mAh battery. What may catch your eye and to me is distracting at times is the 4 cameras that take up each corner of the front of the phone. This is used for the Fire Phone’s 3D Dynamic Perspective UI. This allows you to tilt the phone and see backgrounds and icons “move” or you can just look at it and move your head. Using it with some of the built-in apps such as the gallery, if you sway your wrist to the right it brings up the menu, back to the left and its gone again. If you are a fan of gestures you make like this phone a tad. 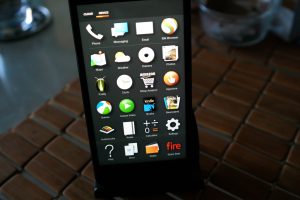 While this is using Android software you may never know it. The Fire Phone(like the Kindle Fire) has its own baked Android OS in which this is called Amazon Fire OS and is currently running 3.5.1(once upgraded). If you never used Amazon Kindle’s you know there isn’t any access to the Google Play Store and everything is mainly done through Amazon’s own Appstore. While their Appstore is rather robust there are some apps you may never get and if you do they may not be as updated. Also getting used to the OS can take a lot of adjusting for the average Android user. There isn’t any menu or back buttons and there realistically isn’t even a home screen. You have a “home grid” and “carousel” which are actually right above each other and that’s it. You can decide to pin apps in either area for easy access later if you like. 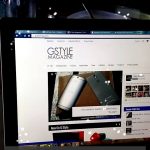 The two main features of the Fire Phone they been pushing is Firefly and Dynamic Perspective. Firefly has you fire up the app and while it looks like a camera when you point it at things such as your TV, or there is music playing it will recognize it and either give you info or links to buy it. For instance I was watching the MTV VMAs last month and when I used it, it brought up IMDB and gave me info about the “cast” associated and details of the show. Dynamic Perspective is a lazy way of not using your hands. Instead of swiping you tilt the phone and even at times can be nauseating. At times it’s not even accurate even.

Amazon has had great ideas with the expansion of their Amazon Prime to not just include 2 day deliveries but provide access to a digital music and TV/movie subscription. Their first attempt at a media stream box such as the Fire TV is promising and just needs some more app support to thrive more. Unfortunately Fire Phone just seems to misfire on all angles. Sure it runs smoothly but you can’t do much but its whats tied down for. The 3D UI keeps me a headache and just is a uninteresting device  to me. Coupled with it’s an AT&T exclusive and its price is  now $0 with 2-yr contract.