In this battle we pit two of the best looking smartphones on the market with the HTC One M8 and the OnePlus One. Both claim to be the one device that you need in your tech lifestyle and each have interesting features that could catapult either one into your path. We have one that’s more accessible than the other while the other one has been deemed as exclusive and harder to get in your hands. So when it all boils down to it.. Which “One” is the one for you?

What mostly has these two smartphones stand out from all the others is its design. The HTC One M8 has a full curved body made of aluminum metal while the “Sandstone” version of the OnePlus One has a rough brushed feel to it just as its name is depicted. Holding both phones in your hands will present different results but unique compared to plastic phones of the past.

The HTC One M8’s silver metallic body has a smooth touch and there are realistically no gaps whatsoever besides the cutouts of the USB slots and so forth. The OnePlus One’s feel while rough helps give you a better grip on the device and even using it long periods of time doesn’t feel weird. Using the M8 a great deal based on its design you really don’t see any blemishes in its back casing. The OnePlusOne has been good as well but I’m noticing near the top and back of the phone its material starting to chip a bit. 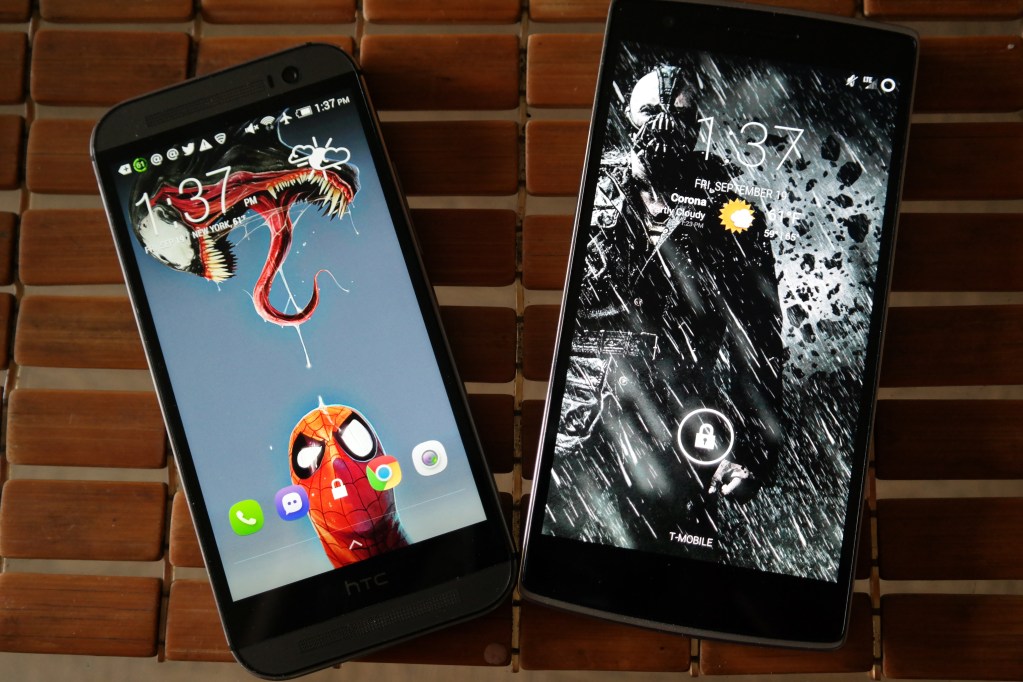 Screen sizes stand out between the two as the OnePlus One has a 5.5″  JDI 1080p display with 401ppi where the HTC One M8 has a 5″ SUPER LCD 3 1080p display with 441ppi. I felt that the M8 has more realistic color detailing to it while the OnePlus has more of a vibrant color to its screen. You can always go in the settings and change-up the OnePlus One display coloring if you like as well. I have used both for reading articles and watching movies and they look incredible though.

Under the surface they are similar with both having Qualcomm Snapdragon 801 processors and Adreno 330 GPU chipsets. Where they trade blows is the HTC One M8 has 2GB RAM and comes with 32GB which can be expanded with its microSD card slot for 128GB storage. The OnePlus One comes with a beefy 64GB but has no expansion slot. Luckily to compensate it comes with 3GB RAM putting it over the M8 which has 2. Battery life numbers seem to be in familiar of the OnePlus One having a 3100 mAh battery compared to the HTC One M8’s 2600mAh battery.

Using both I will say the M8 has great battery saving features and modes which can add longevity to the battery’s life through one charge. The OnePlus One has terrific with the battery whether using it or even when not using it, its standby time is awesome. 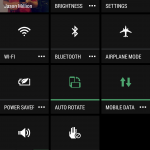 Even though the HTC One M8 has been out longer then the OnePlus One it is only up to Android 4.4.3 while OnePlus One was recently updated to 4.4.4 last month. I mean it doesn’t make a world of a difference but just something to point out. The HTC One M8 is running its Sense 6 UI which isn’t is a heavy OS like say for instance TouchWiz and is pretty speedy. The layout can be a bit more complex and adapting too but it works well. 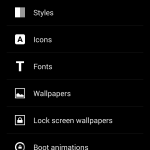 OnePlus One is running CyanogenMod 11S. CyanogenMod is known for making custom OSes for Android and have gone ahead and given OnePlus a custom version. Seeing that this is a custom build you can do a bit more with the OnePlus One. For instance you don’t need a launcher to customize your smartphone as it has one built-in. Downloading themes, icons, you name it can be changed piece by piece. Other things as whether you want to use software keys or captivate keys is an option alongside other things. Software wise it really comes to if you want to have your settings laid out or prefer more creative control of your smartphone.

This area is where they may differ the most. The OnePlus One has a 13MP shooter with a Sony Exmor lens while the HTC One M8 has a 4MP shooter with a Duo camera option underneath. The M8 is awesome for low light shots and for close up shots and snaps pictures in a flash.

The OnePlus One is good at both and since having a larger MP can sometimes take more detailed shots and be zoomed in more. I rarely use the duo camera so I prefer the OnePlus One camera. Both cameras do have 5MP “Selfie” cameras as the kids like to call it now and both work great for those type of pictures or even doing video chatting ala Hangouts, Skype or any other apps.

Both smartphones are great in their own right and it really comes down to what you want. There is the HTC One M8 which is available everywhere on all carriers, has a nice sized screen, runs perfectly and has one of the best build qualities in a smartphone period. The OnePlus One is awesome in its own right with a larger screen, better camera and its customizable options all throughout the device. Problem with the OnePlus One is its on an invite only basis and trying to get a hold of one is like trying to find the missing relic. If you get hands on one its unlocked out the box and goes for $350.

In the end which “One” can you depend on?