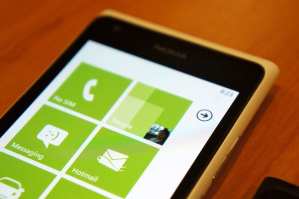 The technological boom in the 21st Century has had such a commercial and personal impact that we have almost forgot the era when smartphones, tablets and the internet did not exist. One in four people across the world now own a smartphone which illustrates the considerable popularity and mass desire for the latest gadgets on the market. Modern day mobile phones continue to be marketed upon their basic functions, such as making calls to other mobiles and landline telephones, and sending text messages, but the ever-growing app market has put smartphones in a realm of their own. Users are now able to personalise their own device across a plethora of downloadable app markets that are tailored for specific genres, such as business, gaming and news. This has been accompanied by advancements in technological capabilities which continue to provide the best smartphones on the market that not only provide a sleek design and interface, but also screen resolution and performance that are primed for internet browsing, phone calls and gaming

Technological advancements
Although the very first Nokia handsets have been effectively rendered obsolete by the latest smartphone devices, such as the Apple iPhone 5S and Samsung Galaxy Note 3, they will remain etched in the memory and history of mobile phones as the models which defined the industry. Nokia will always be remembered for providing millions of users with the highly addictive Snake game, while its battery life far surpasses any of the modern day handsets. Mobile phone manufacturers are working hard to develop a battery that is not only energy saving to preserve the environment, but also a longer lasting battery life to prevent users continuously plugging their phone into its charger.

You only have to look at the complete contrast in design and overall layout to see just how far mobile phones have evolved from the brick-like Nokia handsets to the modern day sleek, slim line touch screen models. More importantly, the usability aspects have significantly transformed from the days of pressing buttons and carrying out simple phone calls and text messages to other mobile phone users. Users are now able to check the latest standings online via a wireless internet connection, listen to music, check sports betting odds and watch television wherever they are. It creates ultimate freedom to further improve your quality of life in the way you want to, whether it is to remain organized from a commercial perspective and check the latest stock market exchanges, or placing bets on sports matches or enjoying the qualities of online casino games on your phone

The future of smartphones
The natural progression of technology would suggest that smartphones are only going to get better in terms of overall performance and quality in the future. Modern day handsets are built with the best screen resolutions and hard-drive chips that provide smooth graphics for gaming and Skype video calls, while 4G signals offer the best connection speed to use the internet in non-wifi areas to browse, place bets or check the latest news stories. Customisable gadgets have already hit the market for certain handsets, such as the Apple iPhone 5S which allows users to connect gaming stands, joypads and joystick accessories to enhance their gaming experience wherever they are. Smartphones will naturally grow in quality and performance output as technological breakthroughs makes it possible to offer greater capabilities that provide users with the best handsets on the market.