Marvel is famous across the world and is particularly popular among comic book fans. A number of these prominent comic book characters have made it to the big screen in multimillion dollar Hollywood blockbuster productions such as the X-Men films. Despite these Marvel films being massively popular, many die-hard fans are unhappy with the presentation of their favourite characters on the big screen. Due to this, Gala Casino, who have a range of Marvel games available on-site, have come up with some comparisons that take a closer look at the differences between the comic and movie portrayals of the most popular characters ever created by Marvel. These comparisons have sparked inspiration in us to take a look at one of Marvel’s most popular creations, Captain America, in more detail so that we can accurately compare the comic book version of Captain America Vs Movie Captain America.

Captain America has starred in multiple Hollywood movies to date and the lead character is played by American actor Chris Evans. 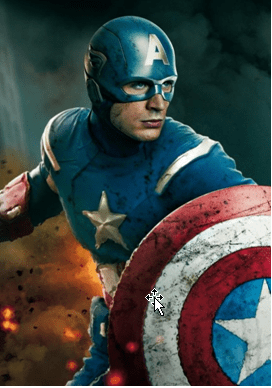 Captain America was born in New York and his real name is Steve Rogers, but some of his aliases include Nomad, The Captain, Steven Grant Rogers, Roger Stevens, Yeoman America and The Sentinel of Liberty. The comic book first debuted in March 1941 and has remained increasingly popular. Steve Rogers was unable to join the Army during WWII due to his inferior physical condition but after volunteering as a test subject for the development of a serum, he was granted maximum speed and strength which then enabled him to become a Super Soldier. His powers include superhuman agility, strength, field command expertise and a vibranium steel shield. Captain America’s main enemies are Red Skull, Winter Soldier and H.Y.D.R.A.

There are many differences between the comic books and the movie versions of Captain America. In the film version, Captain America is in action for the first time when he learns that his best friend Bucky Barnes’ has been kidnapped. The comic book has Captain America plunged into battle as soon as the government realises his superhuman attributes. Barnes and Steve Rogers meet after Rogers is enlisted and Barnes is not a soldier in the comics. Instead, he is kept around to learn the ropes and it is him who discovers Captain America’s true identity as Steve Rogers. In the movies however, Steve Roger and Bucky Barnes are presented as being lifelong friends since childhood and is Barnes is also a soldier. Barnes is also captured by The Red Skull’s soldiers which evokes Rogers to engage in a rescue mission to save his best friend. 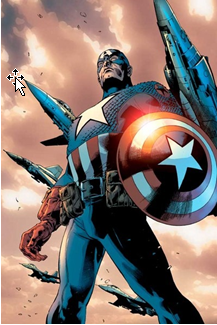 The Captain America movie depicts Nick Fury as the director of SHIELD, putting together the Avengers Initiative and even revives Rogers from his Arctic ice deep sleep. Surprisingly, the comics present Nick Fury in a completely different manner. Nick Fury is the Howling Commandos sergeant during World War II and led them in their own title that rarely interacted with Captain America during the 1940’s. Captain America is definitely one of the more well-known Marvel creations and has been the subject of two feature films including Captain America: The Winter Soldier and has also been seen supporting roles in the Avenger films. Although the movie adaptions of Captain America are awesome, many people still claim that nothing can beat the original!

Each Marvel character has a very detailed backstory which means that there are many factors to consider which makes translating everything into a film extremely difficult to achieve. The list created by Gala looks at how some of the Marvel characters have been depicted on the big silver screen in comparison to their comic book origins. Although die-hard fans would rather the films stick to each and every details of the comic books, this is difficult for film makers due to budgets, artistic licence and time constraints etc.