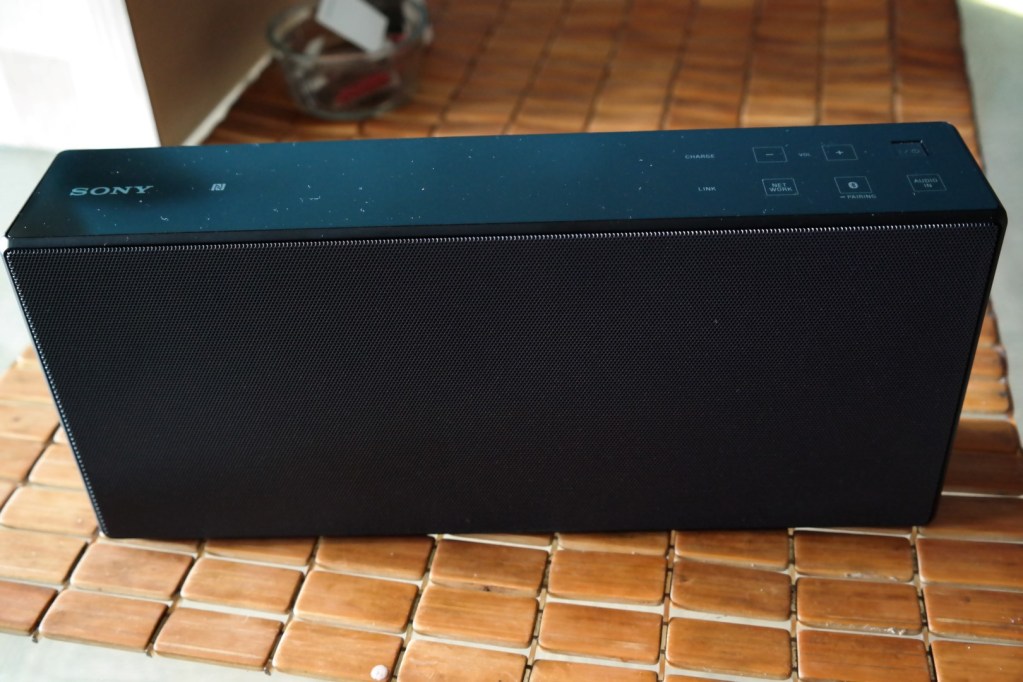 We are heading into the final weeks of the summer and of course we still got to keep the music going. While we have covered some smaller portable speakers that you can pick up and go, there are a few that are while still wireless and portable are slightly larger and can pack some more features. This is where the SRS X7 Speaker by Sony comes in. The SRS X7 is laced with bells and whistles as well as catered to pack a punch in the sound department. Does the SRS X7 have everything you need to finish out the summer on a high musical note? 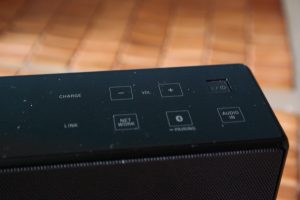 The SRS X7 is made a wireless speaker but don’t expect to carry this with you everywhere. It looks like a sleek black/gray slab from far and weighs a decent 7 lbs. On the top of the speaker you have a spot to tap for NFC, and to the far right is touch buttons for Volume, Bluetooth, Network, Audio In, and a power button. It has indicator lights for Charging and Linking of networks as well. Since everything is touch it keeps that sleek shiny exterior on top. Flip it to the backside and this is where you will see traditional connections such as Audio In, Ethernet, WPS, and a Network toggle. There is a reset button if anything goes haywire(thankfully didn’t need to use) and a plug for AC. I’d have to say the power plug for this is rather huge and reminds me of the one for my PlayStation 3. If you need to charge your phone there is a USB port back there to keep your syncing going.

One thing Sony loves to add to its products is features. Some you may never use but they are always there for options. The SRS X7 is littered with them. If you want to sync your mobile device wireless you can either use Bluetooth or NFC. NFC always works good on Sony’s products so tapping my HTC One M8 on the insignia paired them instantly. There are more traditional options if you want to connect via audio cable if say you have a device that doesn’t have Bluetooth or maybe you just want to save battery. Last is connecting it to your network and accessing your music that way also. 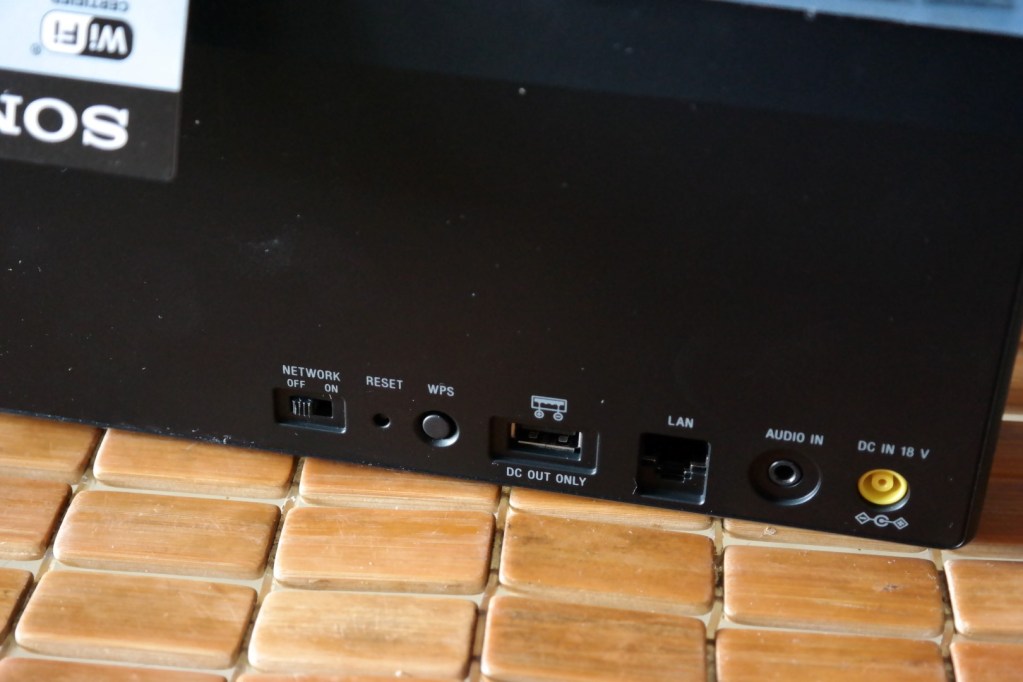 There is an app that can be used with the X7 which is called SongPal which can be downloaded for iOS/Android if you need assist with selecting apps or for instance messing with settings on the X7. Realistically the app is a pain sometimes and if you don’t need to use it I’d forgo it altogether but the option is out there. 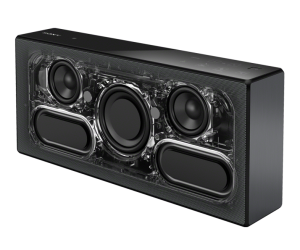 Up close you can feel the sound pumping out the X7. For you audio heads it’s a 32W speaker with built-in subwoofer and dual passive radiators which can be seen in the image. Since I just came from a Drake/Lil Wayne concert I been in the mood to listen to their music. First song I put on is Drake’s “0-100”. Drake’s lyrics can be heard clear as day, and this a rather bass heavy track which I feel and hear but could be a little bit stronger. Same could be said about Lil Wayne’s “Drop the World” which I could wish there was more bass in the music. If you go in the SongPal app you can tweak the Equalizer a bit which could slightly help. It does kick enough out where you might see the SRS X7 “walking” from you at times so make sure it’s not on any edge.

The SRS X7 is a nice looking speaker to have in your living room and match with your decor as it doesn’t have an outlandish design and can pretty much blend in. It has loud rich sound but may not be for those that want more oomph or bass in their taste of music. Pricing could be a bit high for some with its $299.99 price tag though.

SRS X7 is available at various retailers including Sony’s own site.