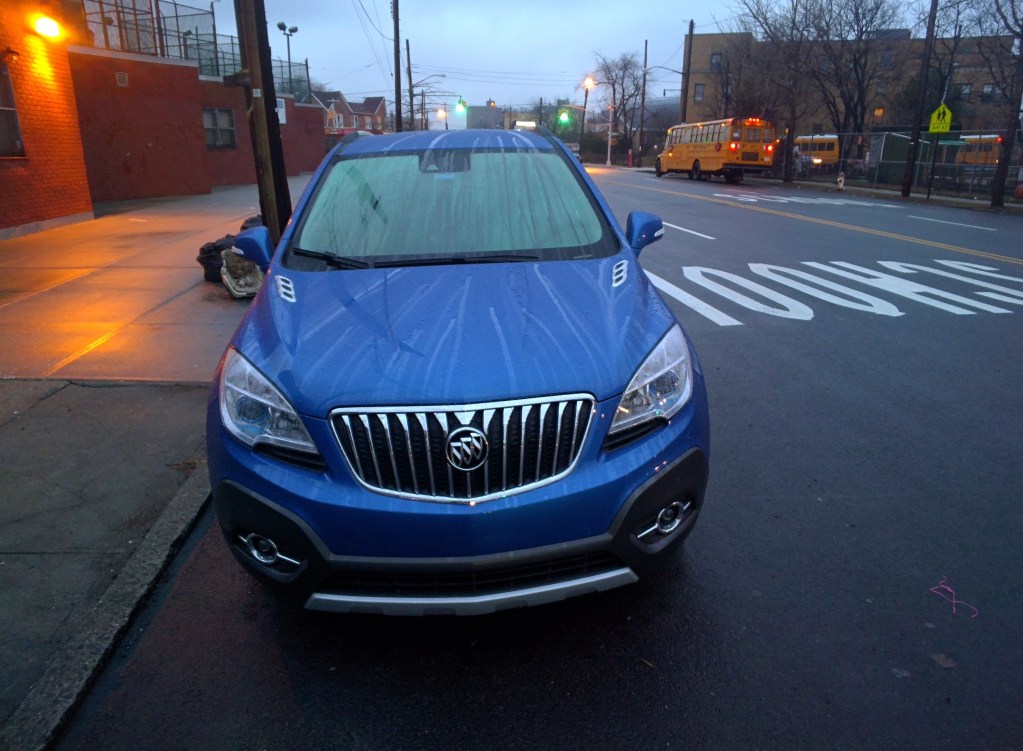 Buick is one of those brands where you wouldn’t catch me in before. I’ve always considered it the grandpa brand. Something for older folks, but recently models have definitely changed my tune. It all started when Buick showed off the Regal, Regal GS, and the new Lacrosse. The I got a look at the Encore and decided let’s take it for a ride and see if it was for grandpa or not. I took the 2014 Buick Encore on a long distance trip to Louisville, Kentucky. So it was just me and the Encore for a 11-12 hour solo ride. How did I feel once I returned, let’s find out 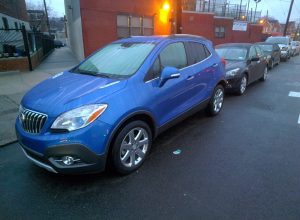 The Buick Encore is a luxury small crossover SUV and actually a decent look vehicle on first approach. I wouldn’t say it has a truly unique look, but it does have it’s own distinctive look that would set it apart from others on the outside. The Encore I had cane in this great Brilliant Blue Metallic, so it definitely had my attention. If blue isn’t your thing, other color options include Cocoa Silver Metallic, Quicksilver Metallic, Deep Espresso Brown Metallic, Ruby Red Metallic, Satin Steel Gray Metallic, Carbon Black Metallic, and White Pearl Tricoat. As I moved around the car from the sides and back the Encore is a charming car. While the brand itself may have been known for being an older person’s car, the 2014 Encore doesn’t have this look about it. 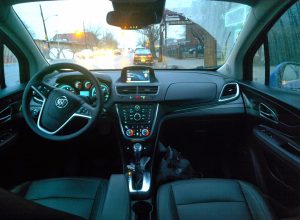 Me and the Buick Encore took a trip to Louisville, Kentucky. 12 hours on the open road on a solo trip. I must say the Encore provided a pleasant ride during the journey. Acceleration was good, handling better, and the overall ride was smooth. From the time I started my trek west I was able to connect my phone easily, so I could listen to my music along the way. The seats was comfortable, which I must say; on a 12 hours drive they need to be.

As for gas mileage, this was good. I was mostly on highways, which is where you get the most bang for your buck in terms of MPGs. The Buick Encore did well, as I don’t remember paying an arm and an leg in gas cost for this trip. Overall the experience was a good one. And I would definitely think about driving a Encore in the future again.

The Buick Encore starting MSRP is $24,160. Not a bad starting point for a small crossover vehicle. Fun to drive, and comfortable enough for a 12 hour road trip. Buick recent models doesn’t scream old man car as they use to, so you can take a second look without getting weird looks. Go for it!