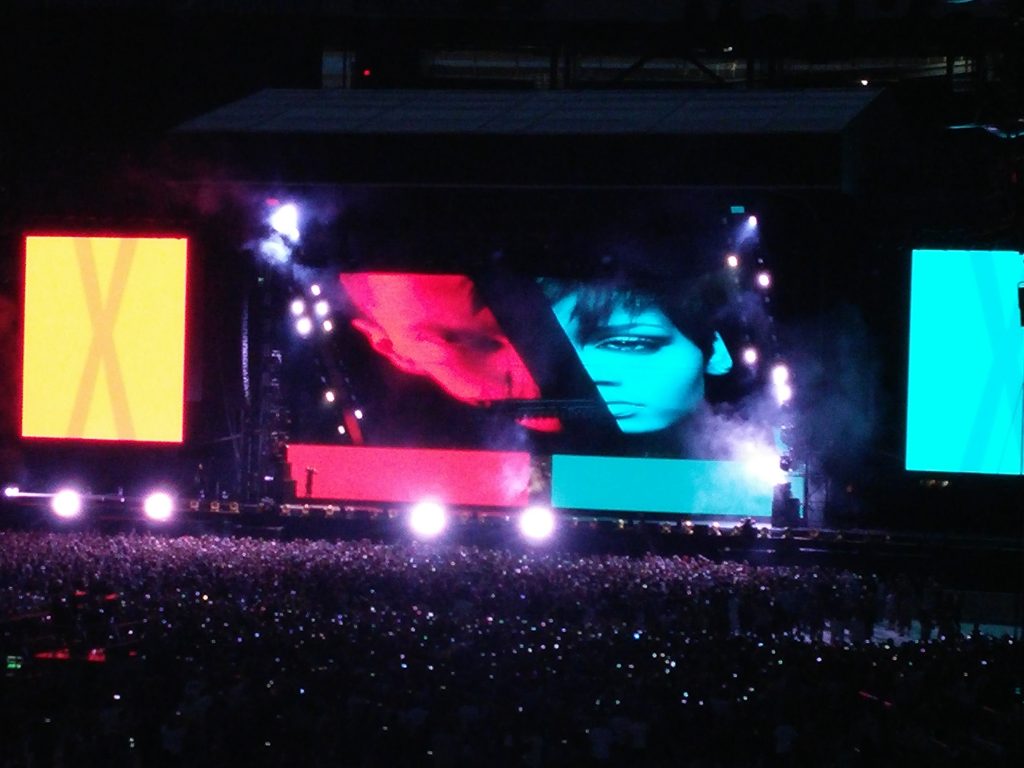 Having bought these tickets back in March, I been anticipating this show for a long while. Moreso for Eminem then Rihanna but I thought it be nice to see her perform at least one time. I saw Eminem do a surprise full concert actually this month a year ago for a G Shock event we were lucky to attend. While Rihanna is known to do world tours more often, catching a Eminem performance is more of a feat then anything. For instance his last tour “The Recovery Tour” was more of a European outing and the last show concert he even did in the Tri State area(NY/NJ) was back in 2005 for the “Anger Management Tour”. So how did the explicit hardcore rapping style of Slim Shady go with the Bad Barbadian rhythmic moves of Rih Rih?

The Monster show started off with a funny intro video with Eminem and Rihanna going back at each other as Slim Shady was in a rather uncompromising position. It set the audience up and got them pretty hype and set the mood for the evening. Of course they started out on a collabo track with “Numb” and then went thru a few more tracks with Rihanna covering vocals for tracks such as “Won’t Back Down” which was originally sung by Pink. It was rather refreshing to hear and added a nice touch to some of the same songs we were used to hearing.

After this Rihanna took the stage and did a run through of some of her popular edgy melodies like “Birthday Cake”, “Cockiness” and “Pour It Up”. “Umbrella” came on and the crowd looked a smidge excited to hear one of her biggest chart topping songs but I think they were waiting for another chart topper. You could see the crowd was there and enjoying the songs but you know what the majority of the fanbase was.

Rihanna transitioned the stage back to Eminem with their track “Love the Way You Lie” and then it was basically Eminem’s for the rest of the night. He had Mr.Porter(formerly known as Kon Artis of D12) who was his hypeman for evening keeping the crowd going asking them questions and them doing the usual “Which side is later” move. Eminem seemed to hop from album to album with violent lyrics such as “Kill You” , “Criminal” and “Just Don’t Give a F**k” and doing some remixed tracks withRihanna on vocals such as “Airplanes” and “Stan”. Commercial singles such as “My Name Is”, “The Real Slim Shady”, and “Without Me” had the crowd reciting word for word but I would have liked to hear those songs for maybe another verse as it felt like such a teaser. 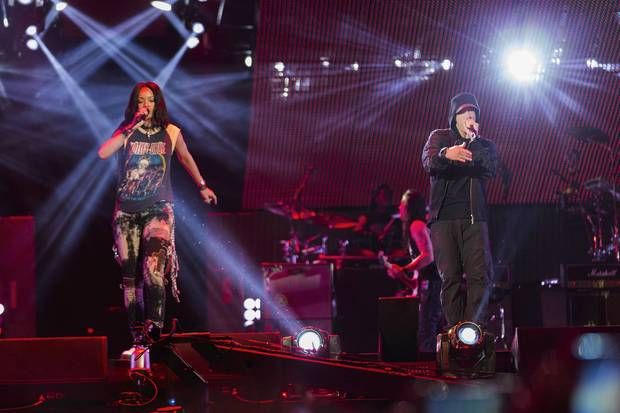 Eminem seem to be in his own realm and the crowd embraced it. Eminem was running all over the stage and you could feel he was focused heavily into the music. Viewing on the big screens were on point and helped focus on the artist if you weren’t close up to the artist.

This was “The Eminem Show” point-blank with Rihanna tagging along for the ride. The crowd was behind him on everything he did.

Audio starting out on the show was bad, at least where I was which was in the mid section 100s. It was blaring too loud where you couldn’t hear either artist. It started to clear up a little bit during Rihanna set, and also when Eminem came out to perform. But sadly the sound wasn’t anywhere as good as the Beyonce/JayZ concert that performed there exactly a month ago. 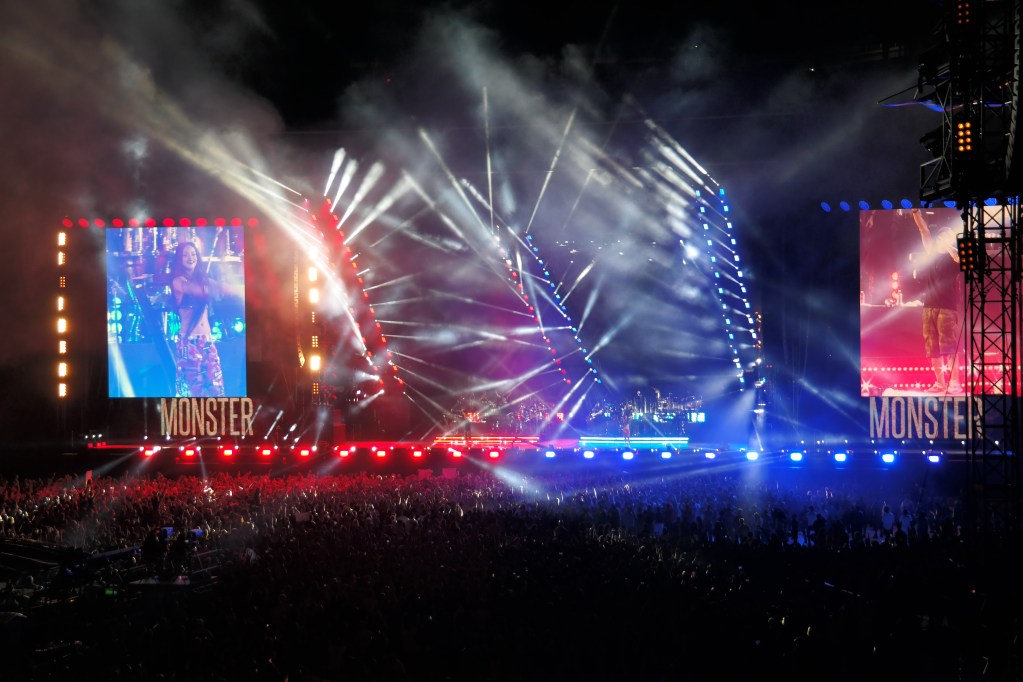 There was a ton of energy in the show and it never skipped a beat. Everyone was up and out their seats the entire time and rocking out to the songs. Even though this was a 75% Eminem audience it was still enjoyable and I would check out again long as they fix those audio problems.

If you have the chance they are performing again tonight at MetLife Stadium again and doing a couple of shows in Detroit.

From Start to Finish: