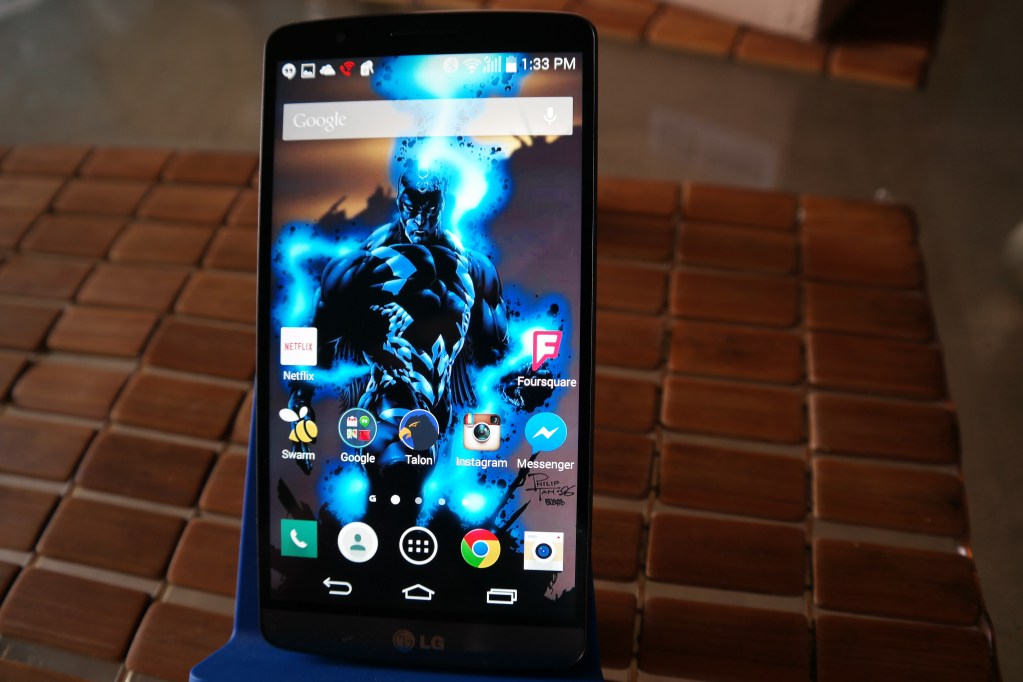 To think a year ago LG wasn’t high on smartphone radars. Sure they had the Optimus line which were pretty good but the LG G2 last fall is what brought up them back into the spotlight and had all eyes on them. LG G2 gave us a different look than we were accustomed to with the back buttons and also had surprisingly great battery life. This time LG has upped the ante on its G3 model with not just keeping those buttons on the back you love(or hate) so much but has made their camera better on focusing, smoothed out the OS, stretched out the screen size and added a 2K display. Now with all this said, does it truly help the LG G3 take the crown as one of the best android smartphones again? 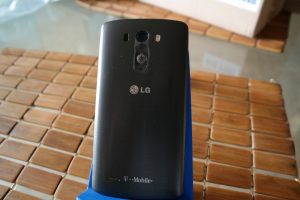 Automatically picking up the LG G3 you will realize how light it is for its size and its gorgeous screen. LG is thrown on a 5.5″ IPS LCD display that is capable of showing off resolutions in 2K with ppi 538. Colors pop out more than on any other screen and you can see the sharpness and detail while reading articles, emails or even watching some video. To get a good feel of 2K I’d suggest to go on YouTube and look for some 1440p videos which the LG G3 supports unless you have some 2K content laying around. You will definitely notice the difference.

Flipping the LG G3 over is where all the buttons are such as the power button and volume controls which sit nicely under the camera and will talk about more later. Once again I always been a fan of the back buttons but there are some that don’t like it. I think it helps the phone keep its slender curved body since there is nothing on the sides. It might be just growing pains why some people rather not deal with. While on the back, it does look like its brushed aluminum but it is plastic. Unlike the G2 though, its removable and you can access your sim card or even throw in a 128GB microSD card.

Other than that you have headphone jack and USB port on bottom, IR blaster on top and speaker on the back. Unfortunately I’m not a huge fan of the speaker as I tend to cover it with my fingers at times.

LG put a lot of effort into their smartphones the LG G Flex and G2 as those ran awesome so I wasn’t surprised to see the same translate into the LG G3. For starters the G3 is fitted with a Qualcomm Snapdragon 801 processor, 3GB RAM, and 32GB storage(expandable w/ 128GB microSD). Whether its waking up the G3, starting an app or hopping from Google Play Music to OneDrive the G3 takes it all in strive.

Battery life is still on point too which is 3,000mAh. While it doesn’t hold a candle to the life of the G2, that can be attributed to the larger screen and higher resolution of the LG G3. With moderate use I have pushed thru a workday and then some with about 16+ hours. If I rarely mess with it I have seen it go over a day. But once again this is all based on your usage and the apps you maybe running. I was satisfied with the battery though while using it. 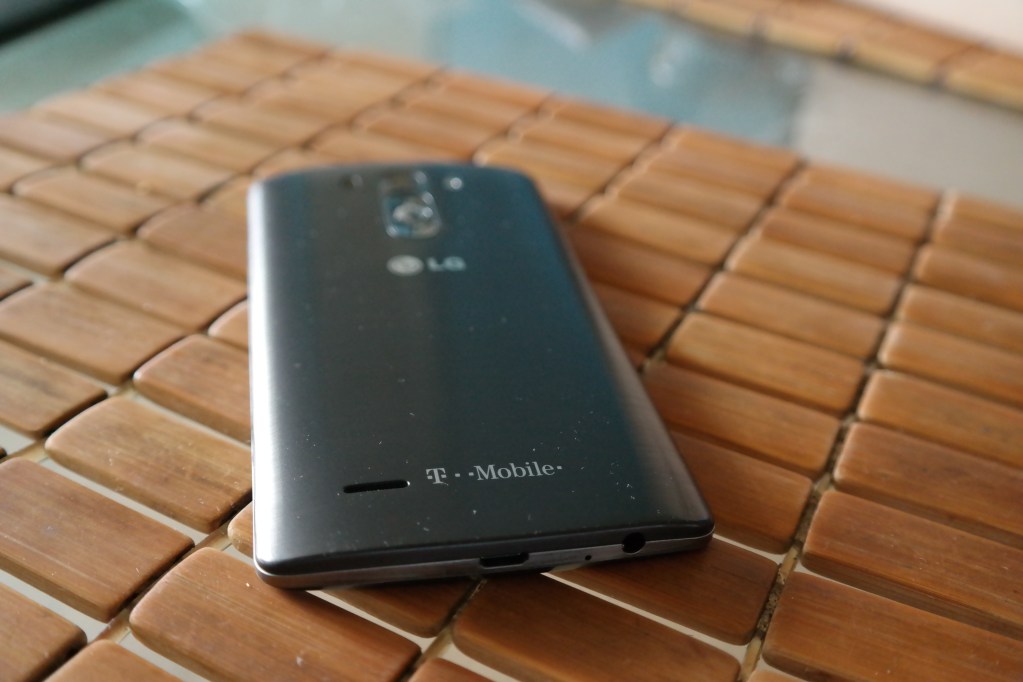 As far as coverage, I been using the T-Mobile version of the LG G3 and service has been fine roaming the streets of New York City. Calls have been clear and was pushed closed to 35Mbps down and near 19Mbps up in some areas. If you want to see how you would fare with T-Mobile 4G LTE coverage check it more HERE. 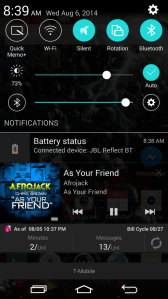 This is one area which always felt seemed to fall short with LG. Not saying it was bad but it was just a bit clunky. LG even said it themselves and have resorted to a simpler smoother looking UI. Everything in the design is flat from the icons down to the menu options to give you a richer look. Android Kitkat 4.4.2 is the latest OS running on the device and works perfectly with the new UI. LG still has KnockOn which is a fave of mines where you can tap the screen 2x to turn it on and off and now have implemented KnockCode as well. Add this to your lock screen and you have to do a variety of “Knocks” that you set to unlock your screen. I did like it but I tend to take these off after while with the constant use I put in on the phone. Other features associated is Smart Keyboard which works rather good and fits with your typing and is great on the large screen and Smart Notice which will give you pop out notifications on the home screen(if you have it there) such as birthdays, events, travel info, etc.

On the G2, the camera was excellent for great quality shots but it would take forever to focus or grab that image. LG has added Laser OIS which helps focus on a shot in less than a second and will save you from missing shots. I tested it out in various environments and even with people walking by or cars zooming. It picked better than I seen other smartphone cameras do. The camera on the LG G3 is still 13MP on the back and 2.1 on the front while recording video can be done up to 4K.

The camera UI has been heavily cleaned up and now gives small pull down menus when trying to access options. If you hit the top right menu button you can toggle all the visible options off and just be left with the screen and back button. Recording video is better on the G3 then the G2 as I used to not get the best quality compared to other devices and didn’t pick up audio too well. It has improved for the better thankfully.

Putting the LG G3 through its paces I’d have to say LG has done a tremendous job fixing up the OS. Features such as the Laser OIS and 2K display are welcome and I imagine will be seen in later models of smartphones. Based on its size being 5.5″ while it is light, it maybe too wide for some who like to one hand type or just too big for them in general. To me it looks like another win in LG’s playbook and can be considered one of the best Android smartphones this year. If you can get your hands on it, check it out and it is available on all four major carriers with prices varying.