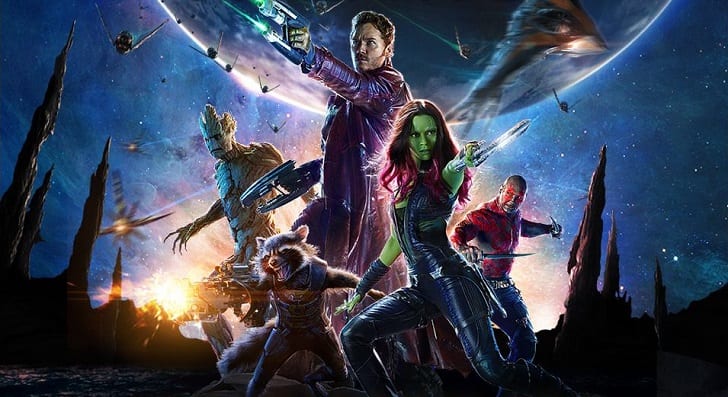 – Guardians of the Galaxy was first introduced in Marvel Comics back in 1969. This film is based on the ‘modern’ version of the team re-introduced in 2008.

– This is Marvel’s 10th film in the Avengers/Universe series. The post-credits scene in Thor: The Dark World (2013) featured a scene directly connected to this film.

Peter Quill (Chris Pratt) a.k.a. Star-Lord is a selfish, Half Terra (Human) man who finds himself the target of a manhunt after intercepting a mysterious orb, destined for the Kree fanatic Ronan the Accuser (Lee Pace). Gamora (Zoe Saldana), a stealth assassin; servant of Ronan and adopted daughter of the Mad Titan, Thanos (That purple Alien, last seen at the end of The Avengers), looks to obtain the orb for other reasons. Bounty Hunters Rocket (an anthropomorphic Racoon, voice by Bradley Cooper) and his Tree-like companion/bodyguard Groot (voice by Vin Diesel) are looking to get rich capturing Quill for the money.

After a botched abduction lands the four in prison, they join forces with Drax (Dave Bautista), a man looking for revenge against Ronan. They escape and discover the true purpose of the orb, together try to stop Ronan and protect the galaxy.

San Diego Comic-Con 2012, Marvel first announced they were working turning their comic property ‘Guardians of the Galaxy’ into a feature film. Like many, my reaction to the news was, “WHAT!?” After diving into some of the comics and a few years later, I’m a bit more versed in ‘GotG‘.

As of this post I have seen the movie twice. The film just keeps getting better. There’s obvious influences to ‘Star Wars’, Joss Whedon’s ‘FireFly’, ‘Raiders of the lost Ark’ and I can name a few more, but there’s also is so much detail and beautiful designs, from sets, ships, action, comedy and so much unexpected heart in this film. Other than Co-Writing duties, Director Jame Gunn has made this film unique and his own. 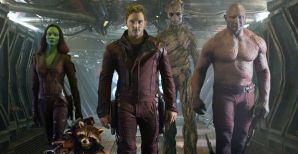 Chris Pratt is the Peter ‘Star-Lord’ Quill I wanted, his performance here is great. He’s charismatic and funny and despite the character’s self centered nature, when he comes around you’re all for him and follow his lead. Zaldana’s “Gamora” looks great, certainly more conservatively dressed as her comic counterpart. She holds her own with the action scenes, even though I was hoping for more. Dave Bautista physically embodies everything Drax is supposed to be. A man who wants vengeance against the man who murdered his family, yet there’s still some humanity left in there. Bautista also brings some surprising humor to his role. Lee Pace is one of my favorite underrated actors, if you’ve seen his work before you’ll understand what I mean. He does a great job as Ronan the Accuser, he is menacing but sadly like Karen Gillan’s Nebula character is very underused in the film. Michael Rooker as Yondu was great. As abductor and adoptive father, you see his vulnerability when dealing with Quill, but still see the ruthlessness of his character.

Before I saw any of the promotional material for this film, I was extremely curious about how Rocket and Groot were going to look. The CGI looks amazing, you believe these characters are real. Cooper and Diesel bring these characters to life. Rocket has bottled anger, doesn’t get along with others, especially those who don’t take him seriously…yet he’s also funny, emotional, insane, brilliant and is a soul of the team. Cooper does a great job of expressing all of that in his performance. I have been a fan of Vin Diesel’s voice work since The Iron Giant (1999). Groot’s character may seem slow, but that’s the point. He is formidable, not just in size but in strength and skill and manages to steals a lot of this movie. Even with Groot’s lack of vocabulary, Diesel does a remarkable job with tone and emotion.

It’s important to note that the music itself plays a character in the film. Influenced by songs in the 70’s, it does what music in a film supposed to be. It successfully brings the emotional cues where it needs to be. 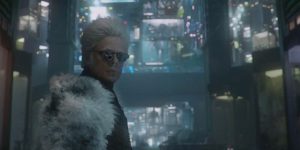 Important notes, without spoiling. There is an important scene in the film with The Collector (Benicio Del Toro). If you pay close attention it gives you a clue where some of the Marvel Films are going and it’s connection to The Avengers, Thor and future films. There is indeed a post-credit scene at the end of the movie, it’s a cute nod to the already influenced 70’s.

I’ve been a huge fan of what Marvel has done so far with the Avengers/Universe series. Even though I know the direction the films are going, it’s still amazing seeing the pieces put together. You do not need to be a superhero fan, or a Marvel fan boy in fact to enjoy this movie. Guardians of the Galaxy is a fun, hilarious, visual, action-packed surprising film with a lot of heart. Despite some adult language in the film, I can see families enjoying the film. I highly recommend watching the film at least once. “I AM GROOT!”

You can see the extended trailer here