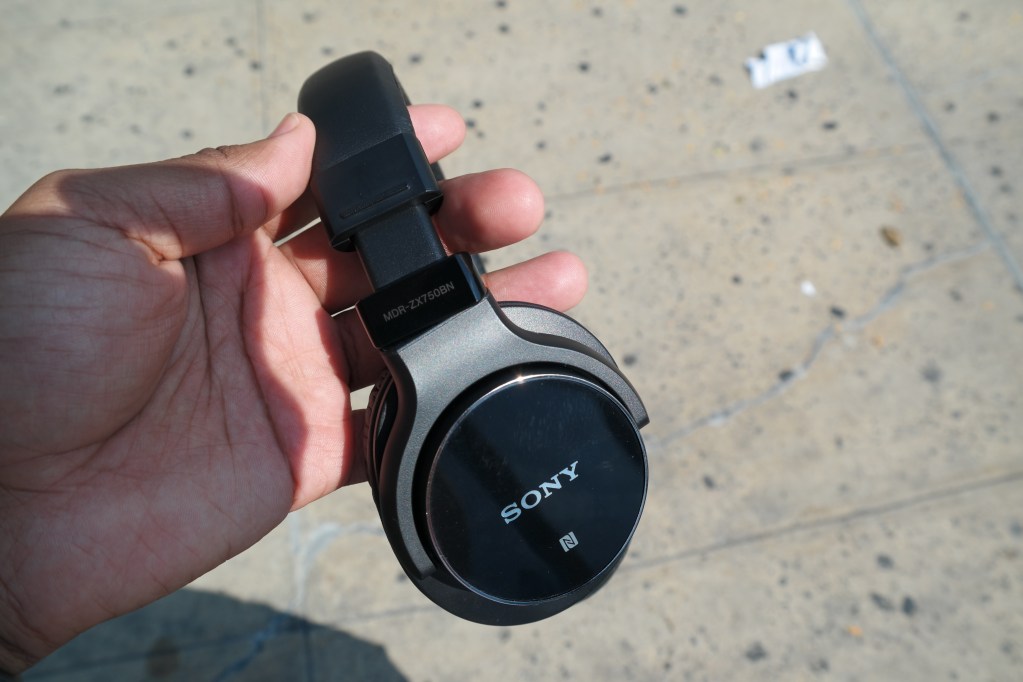 When Sony makes a product they usually like to go all in and make sure it stands out. We remember the X-Factor headphones were big and flashy but had some awesome sound. Surprisingly with the MDR-ZX750 its like they have taken a 180 visual wise but these wireless headphones have a nice amount of bells and whistles that could possibly keep you happy. 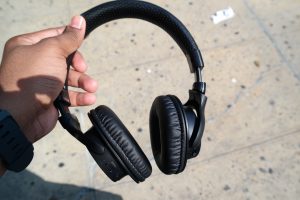 The ZX750 at first glance look like an ordinary pair of headphones. There isn’t any glitz or glamour or wild colors. The pair I’m reviewing is a black colorway with a subtle touch of silver around the outer earcup and  SONY etching on top. Ear pads are actually pretty soft and don’t put much pressure on the ears. Headband also has light padding but still adds a bit of comfort while wearing.

The ear pads swivel out which makes for easy storage if throwing in your bag. The swiveling could be a bit tighter as the headphones in a way have a loose feel to them. The ZX750BN does manage to feel light though and don’t put weight while wearing on your head or around your neck during downtimes. 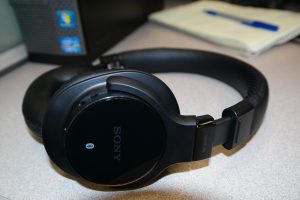 Seeing that these are wireless bluetooth headphones there are notable setups on each earcup. On the left side is the option to pair it via NFC with the visible symbol. Also on that same left earcup is an MicroUSB port for charging, input for aux cable, a NC(noise cancelling) button, power button and reset button if you need to put thing back in default status.

Switch over to the right ear and you have a toggle that can be moved left/right for rewind/fast forward  and while pressing the button can pause/play or even answer a call. Next to the toggle is a button for volume control. On both ears there is a mic to help with the calls you may use on it. I made a couple of calls and they weren’t bad, and person on other end was able to hear me. 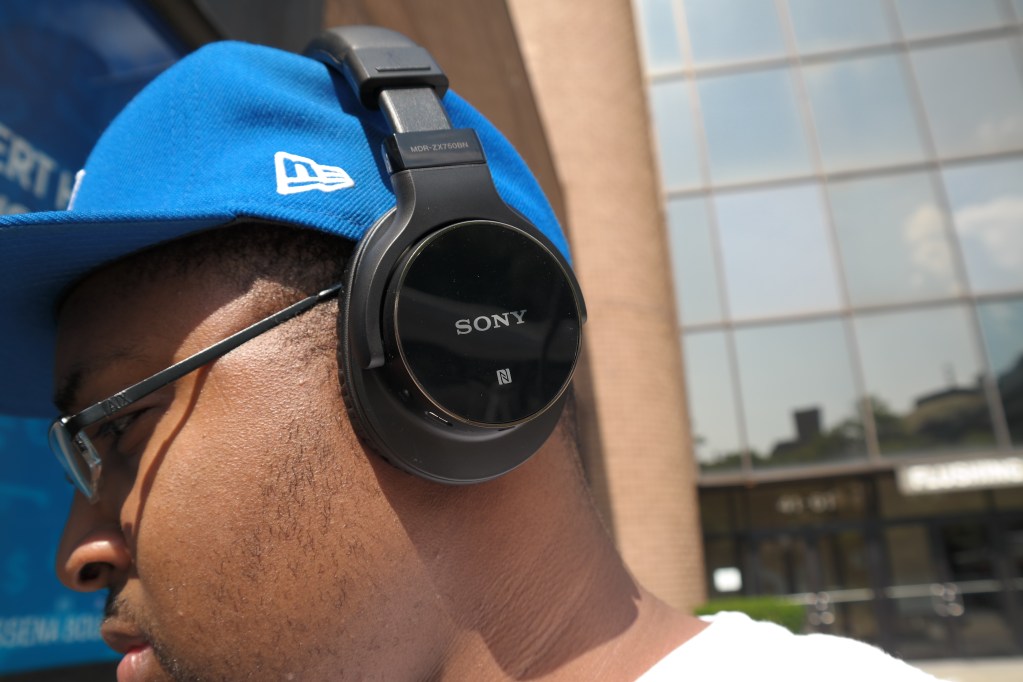 Based on how they looked I expected the sound to be so so. But much to my delight they aren’t a bad sounding pair of bluetooth headphones. Testing them with the HTC One M8, sync was pretty instant and when toggling my bluetooth all/off they always worked. Using these you can either listen to them in passive mode or with the noise cancelling. I used the noise cancelling most of the time and it did pretty good at blocking out some outside noise such as cars going by or conversations around me.

While on the train it didn’t seem to block everything out as I expected. Listening to some tracks from G-Unit such as “Loyal” & “Move that Dope” provided some nice bass and mids were okay. The sound isn’t the clearest I heard but its tolerable.

The Sony MDR ZX750BN Wireless Headphones give you a lot for the price you are paying. Simple styling, wireless connectivity, long battery life, noise cancelling and comfortable wearing for $150. They aren’t the end all of headphones out there, but if you are looking for something with all the features mentioned but don’t want to break the wallet you may want to give them a listen.