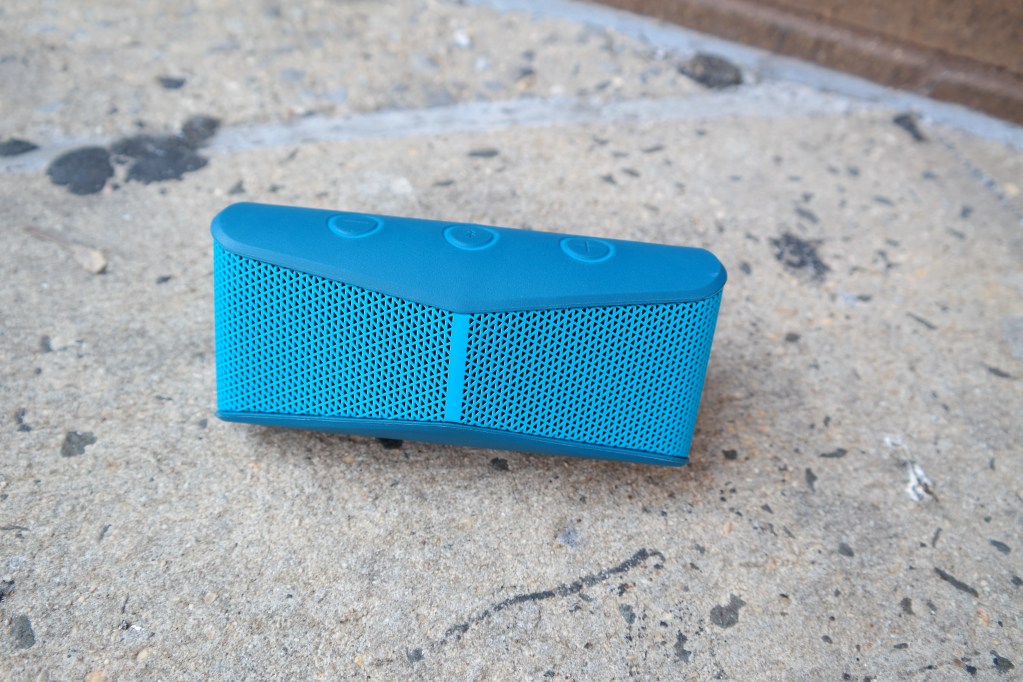 It’s summer time and of course bluetooth speakers are usually the rage. People like to chill out in parks, beaches or even hotel rooms while on vacation. There are even some that just like to rock out in the house time to time. Logitech has recently come out with the X300 which is kind of reminiscent of the UE Boom which is by Ultimate Ears and actually under the Logitech umbrella. Now while they have similar characteristics does the sound match as well? 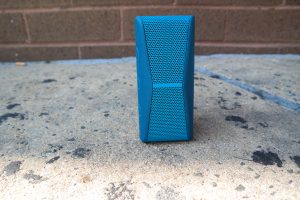 The X300 is designed as a cylinder shaped tube that can rest horizontal or sit up vertically. If laying horizontal there is three buttons on the top which are volume up/down and bluetooth(used to pause and play). It is constructed of a hard silicone rubber outer shell and the speaker grill is a smooth hard plastic material. It doesn’t feel bad in the hand and like it looks sitting in either position you put it in. I preferred having it sit up but that’s just me. 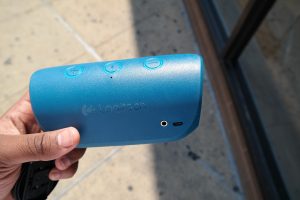 The X300 can be synced via bluetooth or if you like you can connect it via aux cable with the port on the back. Battery life is slated on giving 5 hours and it using it thus far it seems to push close to that. To charge it you can use the included microUSB cable that plugs into the back. Surprisingly there isn’t any ac adapter. I guess they rely on you either charging via a PC possibly or using one of your other adapters for charging(which I have done). Calls can be taken on the X300 with a press of a button and is fairly decent in sound. 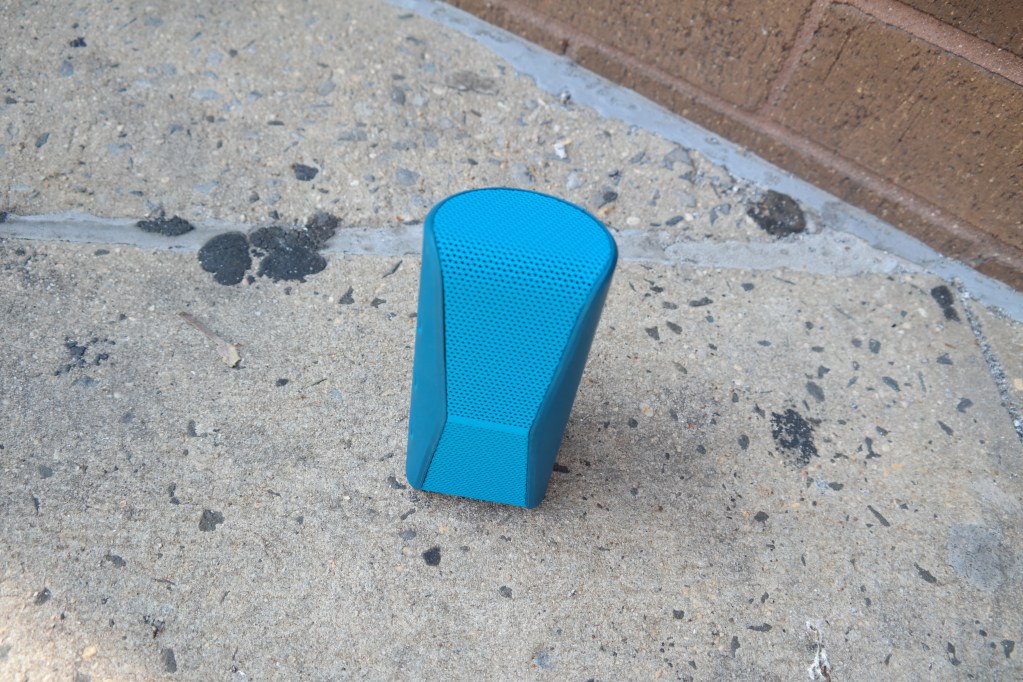 The X300 has four drivers with two on the side and two front facing. With speakers on the front and side the X300 is supposed to give you sound on all ends. Listening to music you can see the X300 has a nice sense of bass it pumps out. I did feel those while it has some strong bass, the actual sound isn’t as clear and can seem a bit muffled at times. I mean you can hear the music and its understandable but it could have a spot more of clarity.

With a price tag of $70(on sale for $59.99), the X300 is a decent sounding speaker with sufficient bass behind it. With options to lay it down or sit it up you can be space saving and also based on its size can easily be thrown in a carry bag. Of course if you are looking for clearer, superior sound there are other speakers out there that will cost you a bit more. But for something to start out with and play some casual tunes on the X300 is here for you.