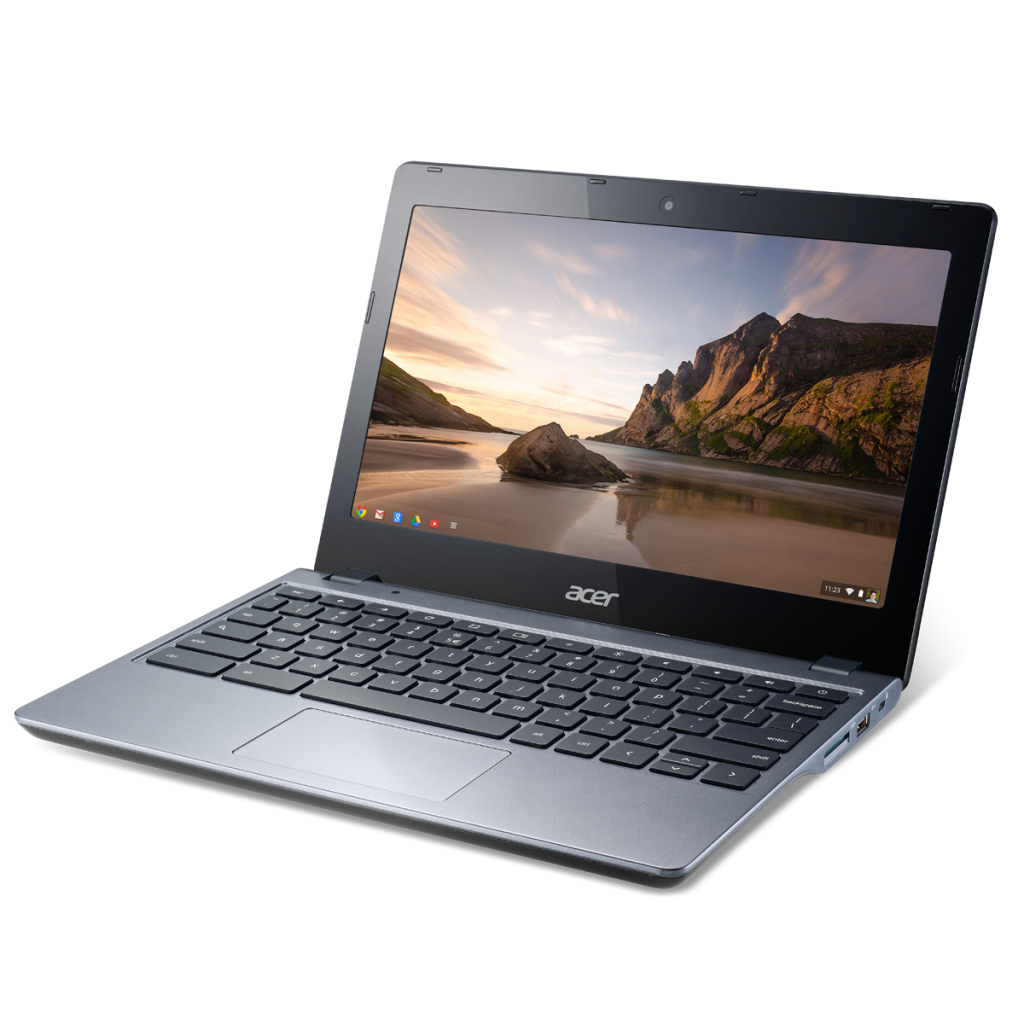 Acer dipped into the Chromebook market with their first version called the C7 which was pretty bad. Poor design quality, sub par processor, suspect battery life and an iffy touchpad are just a few of the issues that kept it from being a decent Chromebook to have. Acer has since gone back to the drawing board and given us something different, not so much on the design side but definitely on the inside. 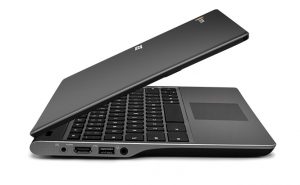 The Acer C720 isn’t pleasing to the eye in terms of design. It’s just not, it’s a web book so all the bells and whistles commonly associated with even a netbook are left out here. The c720 comes in a dark gray color scheme with a chiclet button Macbook like keyboard (no backlight) with a good size touchpad. That’s it. Really, that’s it. It’s a little disappointing that design and styling wasn’t much of a consideration with the c720 when you consider the styling of the HP Chromebook and the Pixel The c720 is remarkably light weight and thin so it’s not a burden to carry around as a daily computer if you need to get something done in a pinch and that’s definitely a plus. You have two usb ports on either side of the c720 coupled with an SD card slot as well a HDMI port for video transfer with your TV or a HDMI monitor. 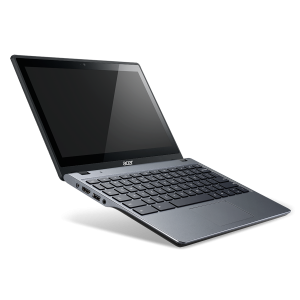 The c720 that I used everyday had a screen resolution of 1366 x 768 which really isn’t that great for a machine of this small size and it’s disappointing, the colors look flat and dull and it takes away from the experience just a bit but I figure this was a trade-off for a certain price universally and not just with Acer so I’m fine with it.

Overall, using this Chromebook even with the lower level processor was a pretty smooth experience with no real lag when it came to using the apps or watching a video from a thumb drive or the SD drive. With the newer updated version now boasting that i3 processor I’m sure apps will be even more of a breeze to use especially if you’re planning on playing any games, multitasking and using multiple tabs 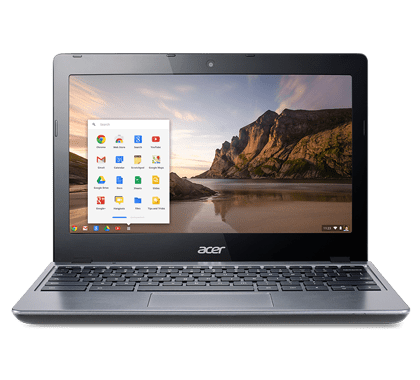 When you think about how the Chromebook is supposed to work it’s not a bad idea at all. The intent of the Chromebook with Chrome OS is to be productive minus the fluff and since most of the content that we access today is web-based then it makes sense that the Chromebook is web only.

Chrome OS is however….ummm different. I don’t say that with a negative connotation but it is different. If someone asked me the question “What makes the Chromebook and Chrome OS something that I should use or have as opposed to my Android or iOS tablet or my existing laptop?” My answer to them with no uncertainty would be “I don’t know”. I would give them that answer because I wouldn’t be able to give them a compelling argument towards abandoning what their using now and quite frankly Google hasn’t made a compelling argument to me about why I would either. Although my article is not about Chrome OS specifically, it’s pertinent because we’re highlighting a Chromebook. I’ve used the HP version of the Chromebook and I’ve played around with the high-end Pixel Chromebook and I’m still very unsure why it’s necessary to have a Chromebook or use Chrome OS at all over Android or iOS. Until Google figures out a way to make the Chrome OS make sense I have to believe that the Chromebook will be nothing more than a novelty device.

I like the Chromebook, I do. The Acer C720 is a well put together Chromebook that’s light, easy to use and good to get some quick work done which is what the intent of the Chromebook is supposed to be. Would I recommend that you go out and buy a c720? Yes and no. Yes because the c720 gives you a lot of bang for your buck especially with the newer i3 models now available and No because it’s running Chrome OS. As a gadget fanatic I say the more gadgets the merrier and to be fair I bring my c720 on the train and school and it’s a big help so I don’t want my criticism of the Chromebook as a platform to deter you from buying an Acer c720. After all, it’s an inexpensive device, well-built and a pleasure to use under the right circumstances my only question is whether its worthy of ditching your other devices to make the switch. As I always say the choice is yours as the buyer