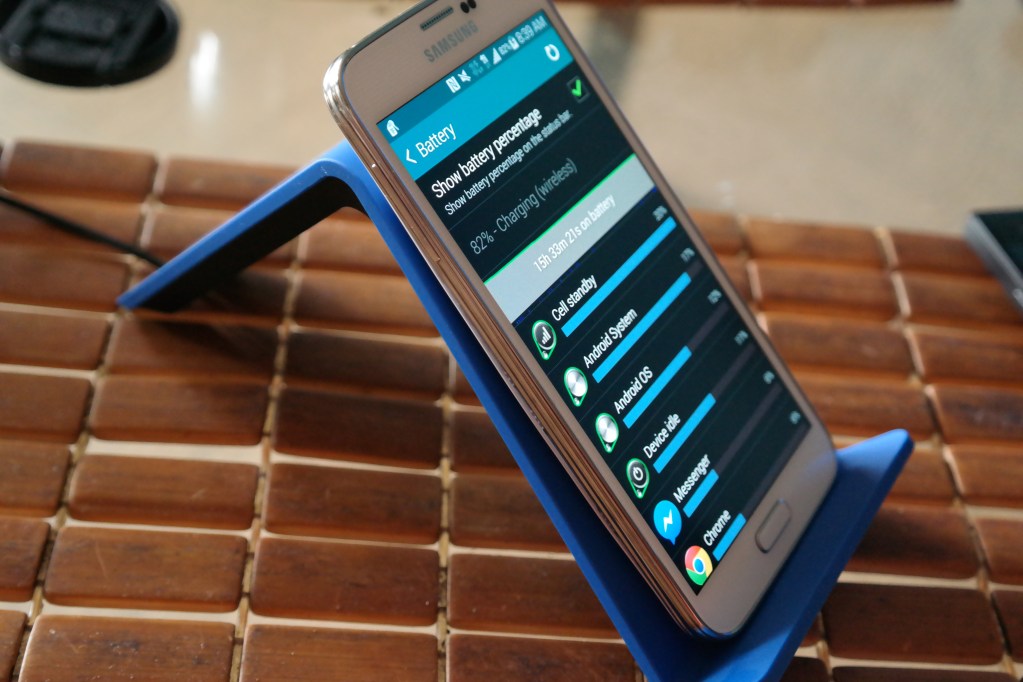 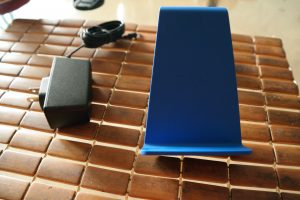 While most charging ports are flat, Tylt designed the Vu with viewing angles in mind. Not only are you able to see your screen while it charges but also even say watch a movie while it does that. The Vu has a slight rubberized texture and feels like it can keep your smartphone in place. On the bottom underneath the lip of the charger is a LED indicator letting you know your phone is charging or not. One gripe I have with the Vu is it uses more of a AC plug that goes into the Vu charger itself and its AC wall plug is pretty huge as well. I guess I’d like to see more of USB attachment for those other devices you have that may not be wireless. 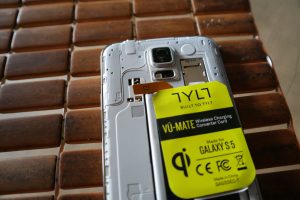 The Vu has been around for a decent time now, but recently Tylt added on to its wireless charging lineup with the Vu Mate. As the name says, it’s a mate or accomplice to your Vu(or any QI charging pad). It’s a small wireless card with a two prong attached to the side of it. The Vu Mate is rather thin and small and can be taped to your battery and then placed on the wireless charging port next to the battery. Once on the battery and the cover back on you wouldn’t even know it’s there unless you decide to press the middle of the case a bit.

With a smartphone such as the Samsung Galaxy S5, you already know it has a flap on the bottom thanks to it being water-resistant. While that cool, it’s also become a nuisance. Trying to get it open is a problem unless you have nails and even then you need to be careful. The fact I have been able to add the Vu Mate to the battery and throw the cover on is a plus. Now being able to charge the Galaxy S5 without removing the flap makes life ten times easier. I did slap a Incipio DualPro Case on the S5 and it actually charged the phone too. It does seem like it charges at a slightly slower pace though. 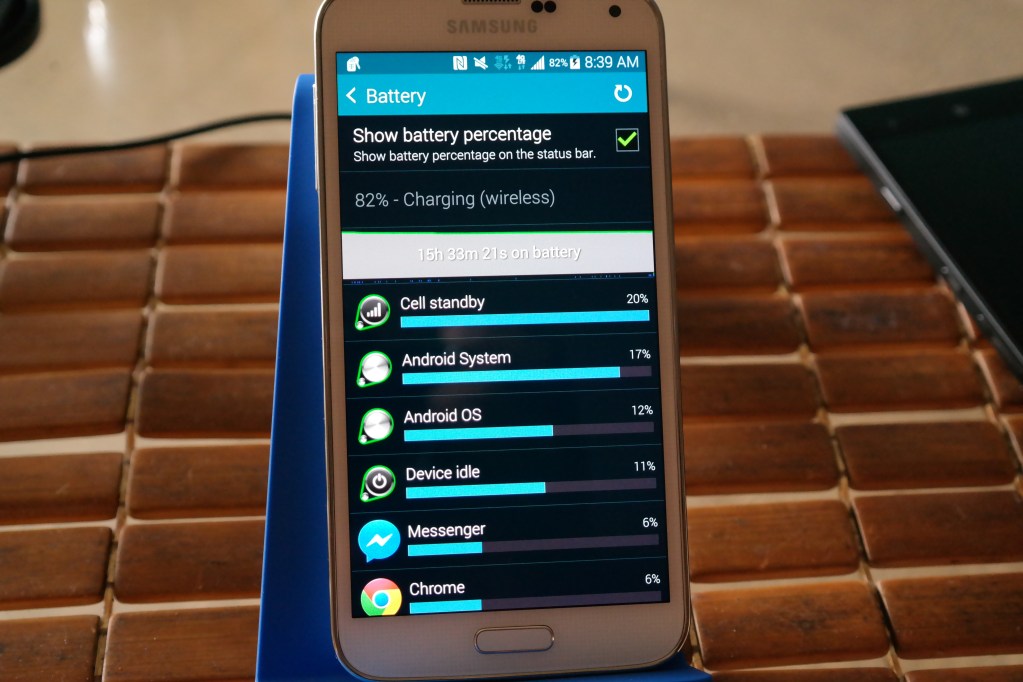 While most testing was done using the Samsung Galaxy S5 with the Vu and Vu Mate, I did also use it to charge my Nokia Lumia Icon. It charged the phone without issue but one thing I noticed charging both devices is that can get a bit hot at times taking it off. I heard this is more because of the QI charging mechanism but your device should be fine.

Tylt in the Right Direction

Tylt continues to be a fan of accessories for me and these two the Vu and Vu Mate are being added to the list. The Vu has a nice style to it without being too outlandish, great angles and charging abilities. The price for the Vu is $69.99 and while maybe a bit high compared to other versions out there, Tylt is pretty reputable and looks great. As for the Vu Mate it comes in at $24.99 for the S5 and if you are going wireless it’s a no brainer to me to grab one. It adds virtually zero bulk to your S5 and works with some cases.