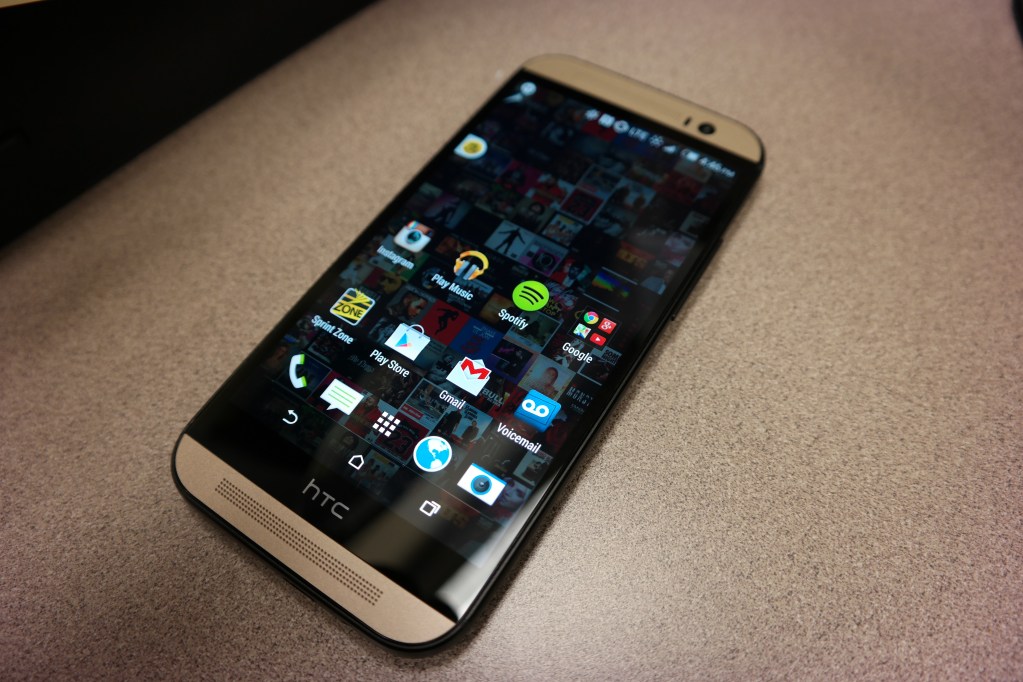 HTC had launched its latest flagship back in late March with the HTC One M8 which took everything great that the HTC One M7 had and added on to it. The M8 has been my daily driver since and continues to do so. Interestingly a month after that Sprint decided to have an event and announced it was releasing a exclusive version of the HTC One M8 dubbed the “Harman/Kardon” edition which added some audio components not seen in the M8’s original makeup. The kicker too is that you can only get this device on Sprint. Is it worth playing with Sprint Spark? 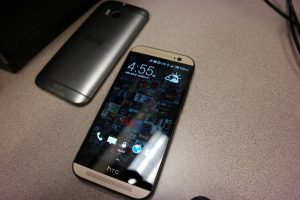 After using the HTC One M8 extensively, picking up the M8 HK was just as easy. They are essentially the same, just with the M8 HK having a different colorway. It is black on the back with grey accents with Harman/Kardon etching on bottom and a champagne color on the front where the BoomSound speakers are. Also the backing feels like it has slightly a bit more grip to it than the regular version, but that’s not saying much.

Sprint’s Harman/Kardon Edition of the HTC One M8 is littered with software left and right. First we will start off with the good which is the Harman/Kardon audio features. Clari-Fi is there to help restore quality to compressed audio files while LiveStage is an app that is there to give you more of a “LIVE” in your ear feel as if you are at a concert or listening party. LiveStage only works with headphones and has options on it to cater for if you are using specific headphones. Options range from if you are using the included HK earbuds, HK Sohos, or just regular headphones. We will cover more on the sound enhancement apps later on.

Besides the music apps, there is so many Sprint apps you can’t run away from them. Apps ranging from ID Songs, Sprint Music Plus, Sprint Money, and the list goes on. They have touched up the Sense 6 UI slightly to give you access to these with page turning features and pop out widgets even if you may not want them. If they do get on your nerves going into the Application section in Options is always there for disabling.

Going back to what makes this smartphone a beast in the audio department is its audio enhancements. 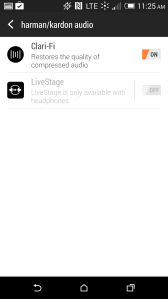 Clari-Fi takes your audio file and tweaks it to add more depth to the sound. Vocals have better clarity to them compared to the original tracks. Bass seems to be slightly pushed but not too much too. It is a welcome feature and makes alot of the tracks sound better to my ears.
LiveStage sounds good on depending the song you are listening. I have seen it can take a little from the bass and give you more of an arena filled sound. Some songs I like it on and others I tend to turn it off. I have used it extensively in the JBL Synchros S700 that came out back in Fall 13′.

I use Clar-Fi probably 99% of the time and LiveStage I turn on and off depending on tracks. I wish there was an easier way to get to the options rather than navigating through various settings to toggle either off. I always noticed the BoomSound option isn’t available on here either.

Testing out the service with Sprint, its fine for making calls but the data services leave a lot to be desired. Sprint Spark is supposed to be their LTE network but I found myself not achieving maybe more than 10mbps down where with other carriers I would get higher speeds. The speed provided work for the casual user, but I myself am an increase data user and feel could more than given.

Best of the Best?

This is the version HTC should’ve originally came out with. I would’ve used this to market the HTC One M8 and make it such a difference maker from its predecessor which was the HTC One M7. Tying it to one carrier exclusively sucks unless you are a Sprint customer or planning to go to Sprint. I hope they add the audio enhancements to the other versions on carriers without consumers having to resort to rooting means which has been working with relative success.

If you are a Sprint customer and thinking of either getting the regular version or ponying up $30 to get the Harman/Kardon Edition then spend that money. In the long run you get better sound options as well as the Harman/Kardon AE in-ear headphones which alone cost $150(currently sitting around $80). Also make sure the coverage for Sprint service is good in your area as well as it can be hit or miss. Otherwise Sprint does have the best version of the HTC One M8 and it sounds better than any phones on the market bar none.

Click Here For Full Review of the HTC One M8