Today is the official release of the reboot of Godzilla and its been some time since we had one grace the silver screen. If you think back to 1998, we had that horrid version that everyone needs their minds wiped of but can always think of that catchy P.Diddy track. In any event, me and some of my team were delighted to be invited by Dolby Labs to catch a prescreening of the film on Wednesday and also see how it fares in their Dolby Atmos & Dolby 3D setting. Without giving too much I’ll try to give a brief synopsis of Godzilla and whether you should check it out. 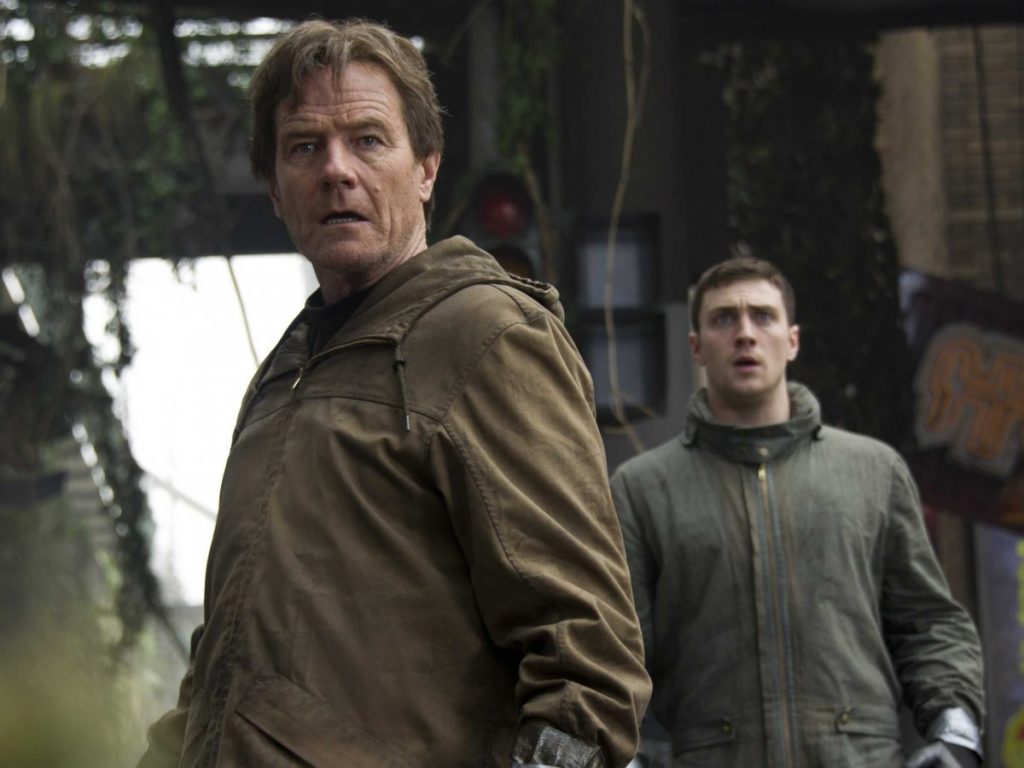 The film gives a nod to the original 1954 version and tries to give you a back story of Godzilla and how he was created. Bryan Cranston plays scientist Joe Brody who studies tremors and for without saying too much sets some bad things into motion he wishes could take back. Skip some years later and what you see in the trailers Joe Brody is trying to out what happen years back and figures it’s some type of conspiracy or coverup no one wants to admit to. At some point the film shifts more to his son Ford Brody played by Aaron Taylor-Johnson(Kick-Ass) who is in the military and known for dealing with bombs. While you feel the passion and paranoia that takes over Bryan Cranston’s character you don’t see it as much in Aaron Taylor-Johnson. Also starting in the film is Elizabeth Olsen(Ford’s wife Ellie) and Ken Watanabe who plays Dr. Daisuke Serizawa and has been studying the Godzilla phenom for decades.

The pacing of the film is straight of the 1954 film and it while it may work well for some, it may stricken those that have short attention span. Those are used to action sequences in Transformers or Spider Man flicks may need to focus slightly more. The film teases you ever so much with Godzilla here and there until you get to the epic battle Godzilla to set to face in the film. I personally didn’t mind the pacing and feel of the movie given to us from Director Gareth Edwards but I seen some fellow colleagues that couldn’t deal with it. The visual effects of this film is a marvel. Whether it was the realism of the cities or the details of Gojira or should I say Godzilla.

As mentioned earlier we got to check out Godzilla in Dolby Atmos & Dolby 3D and it definitely immerses you in the movie a bit more. When Godzilla roars, it feels as if he is yelling at you. When the guys are diving out the helicopter you can feel like they are coming at you from above thanks to the full surround experience and speakers placed above us in the theater. It’s a great way to enhance a movie and not saying that just to say it. I didn’t notice too much on the 3D aspect as it wasn’t too heavy and only seemed to notice in a few scenes here and there.

If you are a fan of the old Godzilla films and don’t mind having some patience then definitely go see Godzilla. Telling the story was paced good even though they could have gave us slightly a bit more and the visual effects in this movie are excellent. Otherwise don’t expect utter action sequence after action sequence in this film.

Godzilla is out in theaters today in Dolby Atmos & Dolby 3D, IMAX and regular theaters.