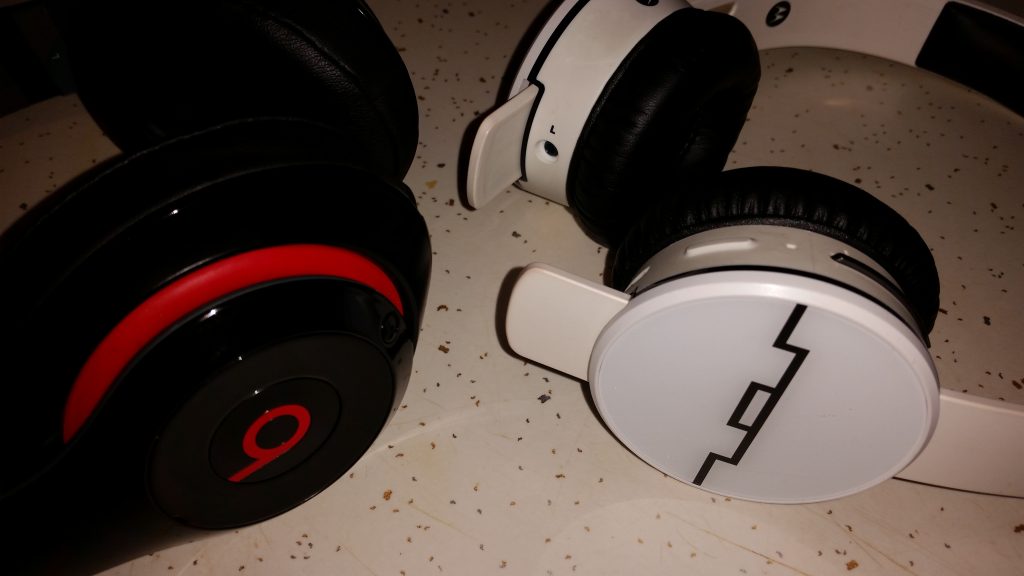 If you noticed going out of 2013 and coming into 2014, there has been an emergence of wireless or rather bluetooth headphones. Some companies have already established their wireless branding such as Beats by Dre with their Studio Wireless(which recently received a refresh) and the ever-expanding, growing headphone company SOL REPUBLIC with their Tracks AIR wireless. Why choose a battle between these two? They hold their own in their respective areas with Beats By Dre with their global branding and SOL REPUBLIC with their competitive priced products and still giving you a Grade A product. Now lets see who have you cut the cord and potentially cut the other one off completely. 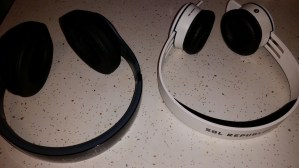 With the Beats Studio Wireless and the Tracks AIR you have differences that set each apart from the other based on its build.

The Beats Studio Wireless are over the ear headphones with soft cushioned cups that cover the ears and have a rubberized headband underneath its usual shiny plastic coating. With the Studios the ear cups collapse and fold into each other and can be placed in its accompanying carry case. There is also an audio cable if you want to revert back to wired ville. They look much better then the older models by cutting bulk and have a sleeker feel. They are worlds lighter too.

The SOL REPUBLIC Tracks AIR are on ear headphones with their trademark removable ear cups with soft cushions, indestructible headband and if you want to use two wired audio cable. What makes these Tracks different is of course the wireless aspect and all the controls are on the right ear cup ranging from volume control, USB charging, and power on/off button. While the Beats Studio are collapsible, the Tracks AIR can be taken apart and thrown in its included pouch for storage. 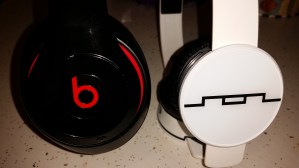 sync the wireless headphones to your smartphone devices, but the Tracks AIR has a one-up on the Beats Studio Wireless with NFC. Just grab your NFC enabled device and tap it on the right ear and your good to go. If you want to skip, rewind or pause tracks this feature is utilized on both devices with it being done on the Studios on the left ear and Tracks AIR on the right ear by multiple button presses(1x-Stop, 2x-Forward, 3x-Back).

As far as range, Beats states it can give you 30 feet while SOL REPUBLIC says they can give you a ridiculous 150 feet. While it does sound crazy truth be told it does work and there are times I have walked away from my phone and forgot and still got clear sound. As far as battery indicators Tracks AIR has color indicators to tell you when battery is getting low and there is also a voice assist telling you how many hours are left each time you turn it on. Beats has a small battery gauge light on the right ear that will show you what’s left over. 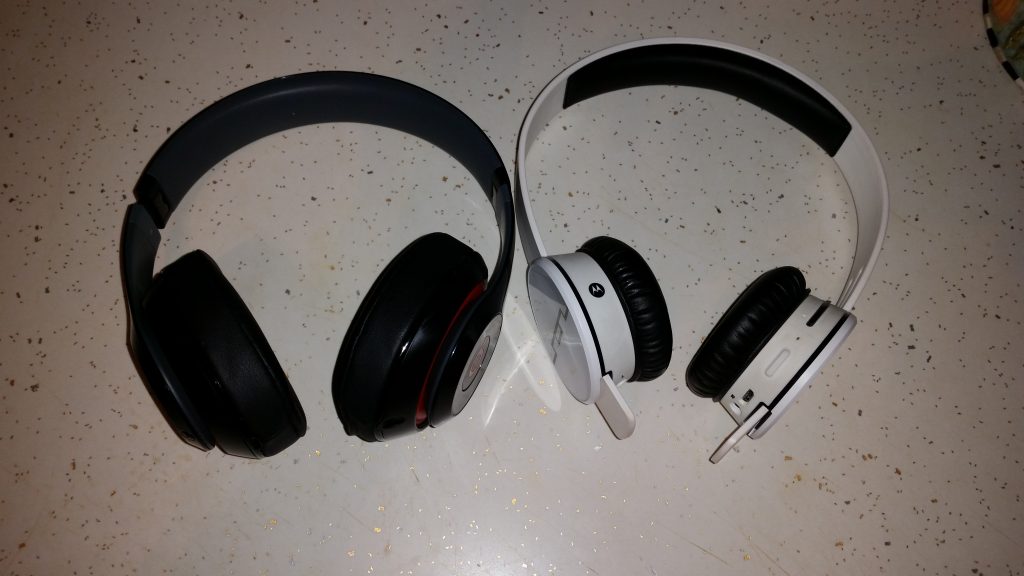 When it all comes down to it, the most importance of comparing these headsets is which sounds better. Does a $200 pair of headphones match up against a pair that cost $380? Sound wise you are guaranteed to get more of an isolated experience with the Beats Studio Wireless based on it using ANC(Adaptive Noise Cancellation) which blocks everything out around you and immersing you in your music listening. This also can be attributed them being over the ear headphones. Since the Tracks AIR are on-ear they don’t surround your ears as much but they can be cranked loud enough to provide a close effect.

Comparing the two while listening to Michael Jackson’s “Love Never Felt So Good”, MJ vocals can be heard more clear on the Tracks AIR, but the Studio Wireless do emphasize more on the bass which is what they were created to do and that focus mainly on the Lows. Tracks AIR seem to get a mix of Lows and Mids and bunch it up. I can attest to this more while listening to Lil Wayne f. Drake: “She Will”.

In the battle between these two, the Beats Studio Wireless have really improved from their previous outing, in regards to sound quality and overall build but at $379.99 i’d prefer they felt more in the quality design of their Beats Executives. SOL REPUBLIC Tracks AIR continue to impress with their design, great music quality and the fact they are almost half the price of the Beats Studio Wireless coming in at $199.99. So in the battle between these two, I’d have to give it to SOL REPUBLIC for giving you the most bang for your buck.