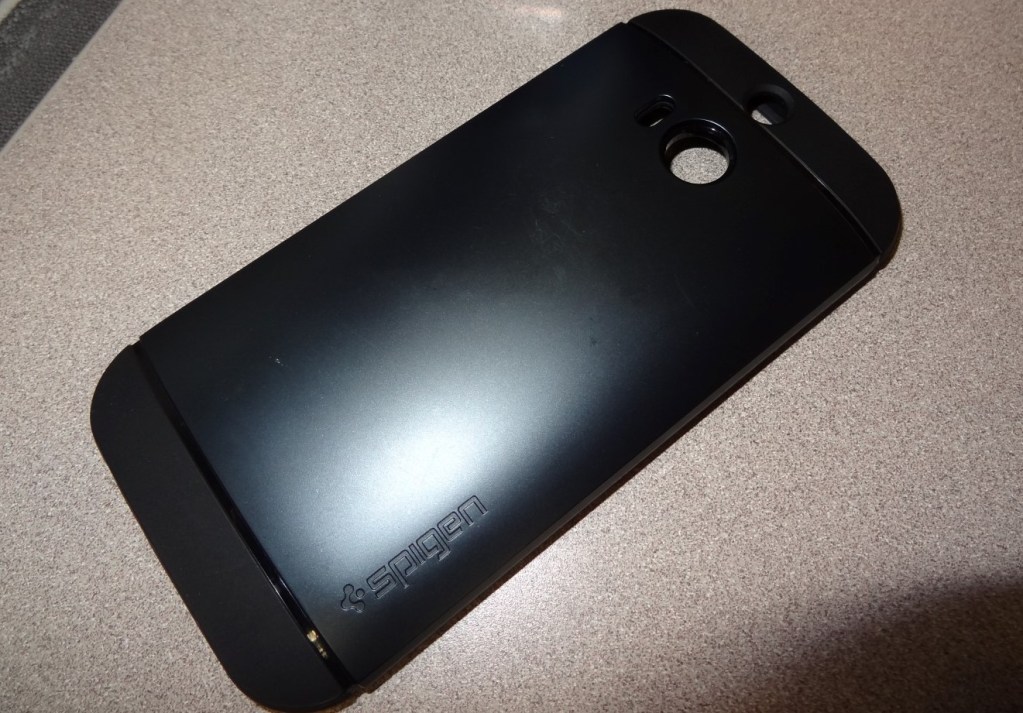 The HTC One M8 case assault continues and this time we return to one of my favorite case makers which is Spigen. Last time we worked with them was actually on the Slim Armor case for the Samsung Galaxy S4. This time around the build and design of the Slim Armor has kept some familiar features but has a changed a bit as well. 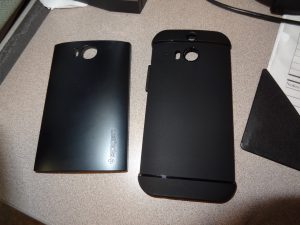 The Slim Armor provides dual protection to your HTC One M8 based on it using TPU and Polycarbonate materials. The rubber TPU wraps snug around the M8, then you are able to ease on the polycarbonate hard plastic shell. It could take a couple of tries to get it on right as the first time I did it, it was slightly uneven. It adds a nice two toned color to the M8 and isn’t too hard to grip, but might be slightly slippery for others. It of course has cutouts for the cameras and LED flash and other ports. Rubber buttons are attached to the TPU and come through the shell for Power and Volume Rocker control.

Using the M8 with the Slim Armor Case was pretty good. I got a nice grip on the phone and rested good in both hands for typing. One hand movements didn’t fare to be a problem either. The case holds on well in regards to drops as I accidentally dropped it on some hardwood floor last week from about chest length in my hand. This can be contributed to the shock absorb corner bumpers. I notice the back is starting to show some signs of scratches but nothing too glaring on the eyes. Also the volume rocker up button seems to be in more than the bottom but it still works though. 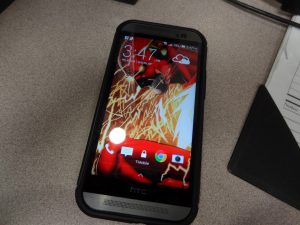 Another downside I noticed using the case is that the top covers the IR Blaster completely and rendering the HTC TV or any TV app useless. If you never use the app that’s fine, but I have grown to use it more than any other device i had before.

The Slim Armor case for the HTC One M8 adds great protection and gives it some nice alternate colors depending on your choosing. Only reason I would suggest not getting this case is if you are an avid user of the IR Blaster for usage to feed your large TV consumption.

The Slim Armor Case by Spigen for the HTC One M8 is available in six colors and is $24.99.