If one know me and knows me well, you’ll know a few establishments that I’ve personally banned for various reasons throughout the years. T-Mobile was one of those establishments though no fault of its own. T-Mobile was a victim of going down by association. I said I would go to any carrier but never T-Mobile! And for 7 years I’ve been a subscriber of AT&T. I’ve actually been with AT&T back when it was Cingular Wireless, so there is a lot of history there. For me to leave the carrier I have a lot of history with, for a carrier I banned/vowed to never put my foot in the door was a HUGE deal. But before we you can understand why I switch, you must understand why I banned T-Mobile in the first place. 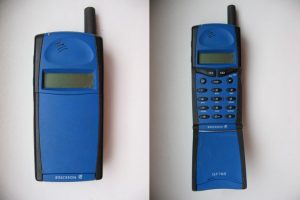 Back when I was a teen in high school, I might have been one of the first teens who actually had a cellphone in school. My carrier back then was Omnipoint. The phone I had was this cool royal blue and black Sony Ericsson phone. Great little phone, but horrible network issue. You see what seemed like everyday, starting at 5:30pm any call I made would just drop at various points in the conversation. It could have been a minute into the call to a good 15-20 minutes but the call would eventually and always dropped. This happened like every day. Calls to Omnipoint fell on deaf ears, unresolved trouble tickets, and a general “there is nothing we could do for you” responses. After all the trouble with Omnipoint and this issue, I was so frustrated by this that I left Omnipoint and swore off any of its future versions. This started the entire blacklisting which moved along to Voicestream and now T-Mobile. 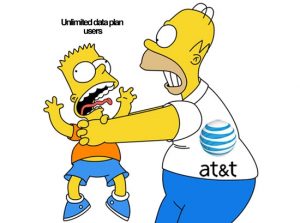 Now that you know why T-Mobile has been banned, you might want to know what I’m even thought about leaving AT&T, especially since I’ve been with them so long. Simply put times have changed. When I came to AT&T It was Cingular Wireless and times were good. Some time with Cingular and then it became AT&T Wireless. Back then AT&T had unlimited data. Sure the price was a little up there, but for the time it was about right for the market. But then the push to Mobile share started happening. I didn’t care I was grandfathered in for my unlimited data plan. Then AT&T got slick and started throttling the data speed once you went over 2GB of data. Seriously what is the point of unlimited data if after 2GB (and this is when LTE just start kicking in) you were forced into the slow lane! With this new limitation I did what I had to and moved to a mobile share plan. Now for a bit more money I had unlimited talk and text (which I didn’t really care about) and had to share 6GB of data. On average I would use within a month about 3GBs and with the other lines would reach maybe 5GB before the cycle reset. You would think with that being the case I would be okay and content.

One issue with worrying about your data limit. When you worry about your data limit, you find yourself limiting how you use your device. All for the fear of going over the limit. Our phones now had apps like Skype for video conferencing, Netflix for watching movies on the go, and Spotify/Google Music All Access/Pandora for listening to music. All of these apps used data in addition to the other stuff your phone already done which uses it as well. What good are these apps if you are fearful of using them because of your data limit? I had all these apps on my phone, but rarely would use them unless I was in a WiFi location. This pretty much defeated the on the go part of this. I would use these apps here and there, and try to select off-line mode when I could for fear of going over my limit. I knew my cycle reset date like the back of my hand and would pine for that day to come if I seen I was nearing my limit. This was no way to live! Especially for someone like me who uses a mix of devices and data is central to all of them. From my phone to tablet, to mobile hot spot with a connection to my laptop on the go. Data was a central need for me and being limited of captive to fear of going over wasn’t going to work! 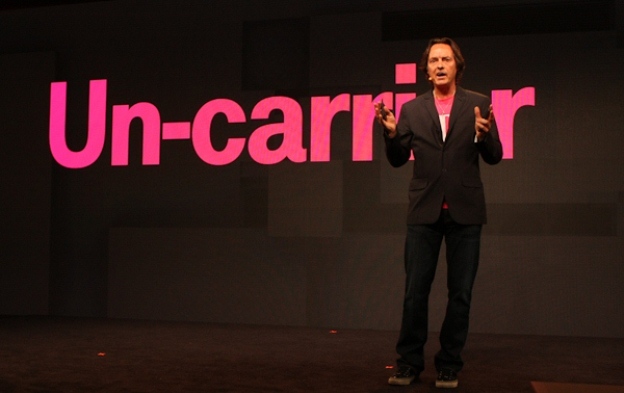 March 26, 2013 is the day T-Mobile started getting interesting. Right after its failed merger with AT&T, it began its uncarrier initiative. It talked about have LTE, got rid of contracts, and came with new Simple Choice plans that had unlimited data in them. I seen it but still wasn’t really interested. Remember their blacklisted in my mind, some plan changes wasn’t going to sway me. They called this Uncarrier 1.0. Then July 10, 2013 they did it again, this time Uncarrier 2.0 and here they introduced their JUMP program which like you upgrade twice a year. Okay this was a little interesting since most carriers had you locked away for two years before you could upgrade your phone. In the age of new smartphone turn around being every 6 months, the old way of doing it was just torture when the new hotness came out. Again this was nice, but nothing to get my heart racing. Then yet again on October 9 they had their Uncarrier 3.0. This one definitely didn’t really get my attention. Here they talk about items for worldwide data and texting yadda yadda.

It wasn’t until CES 2014 in which I was present at their Uncarrier 4.0 announcement then T-Mobile finally catch my attention. They announced that they would be paying people to switch carriers. They would not only be paying your ETF if you switched but also would give you credit for your existing carrier phone to use to pick up a phone from T-Mobile when you switched. Now T-Mobile had my attention!

I Did The Math 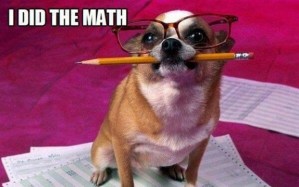 I wasn’t just going to switch to T-Mobile who I had blacklisted unless it was clearly in my advantage to do so. When I crunched the numbers, these points stood out to me.

– They would pay for me to switch. The ETF, phone credit covered by T-Mobile.
– They had unlimited no throttling data. No mobile share allotment, no throttle after a certain point (on the unlimited plan). This is what I need to really USE my phone.
– The cost monthly for me was about $100 less than what I was paying at AT&T.

When I look at these numbers, personal grudge or not, blacklisted or not I couldn’t turn this one day. I decided it was time to lift the ban and give T-Mobile a try.

How Did The Switch Go?

I’ve now been with T-Mobile since January 25th. Since that time I haven’t regretted that decision at all. My bill is now lower than what it was before, I have unlimited truly unlimited data, and LTE. I will admit that AT&T has the better coverage in the area, but so far where I’ve needed LTE I was able to get it, and when I lose it I was mainly in a WiFi area anyway. Coverage isn’t the BEST, but it does get the job done. And for the lower price I’m paying I can deal with it.

Then on the data side, now I can truly live. Now I use my phone how I want to, without worrying about data limits or going over. I stream music all the time, at the highest audio setting. I updates my apps without waiting for a WiFi signal, and stream videos from YouTube which I normally wouldn’t do before. I haven’t used Netflix or Skype much yet, but not I no longer have a fear of doing so. I can now truly use my device how I want, when I want, and not worry about overage charges/data limits/throttling. Because of this T-Mobile has gone from personal banishment to provider!