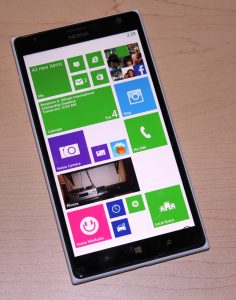 I recently reviewed the Nokia Lumia 1020. I was a bit late in the game since I initially didn’t give the phone a chance. Nokia won me over with the Lumia 1020 and I am now a bit more open-minded when it comes to Lumia smartphones.

Next on the list is the Nokia Lumia 1520. If it was anything like the Lumia 1020, I figured I would at least be satisfied with the phone. When looking at the specs, this phone looks gorgeous and powerful. But how is it in day-to-day use?

As usual I give you a tour of the phone. On the right side you have the volume rocker, power / standby button and a dedicated camera button (I love that). The buttons have been moved down for easier access to them. The left side has the MicroSD slot, and nano SIM card. The front of the phone has the same 3 capacitive touch buttons: back, Windows/ home button, and search button. The front facing camera is on the top left (of the ear piece). The top border has the 3.5 mm headphone jack and the bottom border has the Micro USB charging port.

The back of the Lumia 1520 has a 20 megapixel camera with dual LED flash. The camera sensor doesn’t stick out as much as the 1020’s sensor. Right above it are multiple microphones. Nokia focuses a lot on the smartphone camera experience. So it would make sense that it would have multiple microphones on the back by the camera to get better sound on videos. 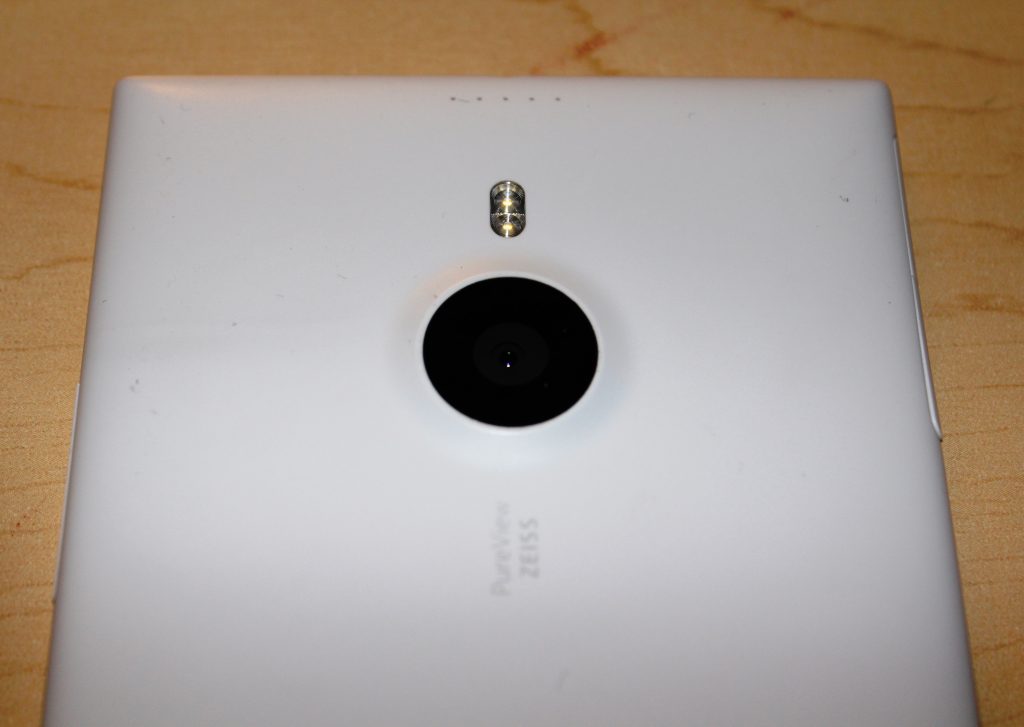 Inside the Lumia 1520, we have the quad-core Qualcomm Snapdragon 800 processor. It’s great to see that Microsoft is supporting the latest processors. Makes me anticipate smooth interaction with the 1520. As for memory, the AT&T version of the 1520 has 16 GB of internal storage. It should definitely have a 32 option available (in the states). 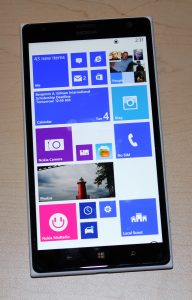 This is the main attraction of the phone is really the display. The Lumia 1520 has a 6 inch full hd screen. It’s the first Windows Phone to have such specs since Microsoft didn’t support HD apps before. While 6 inches isn’t the biggest screen size out there, it is the biggest from Nokia’s Lumia line and any Windows Phone out there.

If you’re not satisfied with the display you can adjust to your liking. You can adjust the tones to be warmer and adjust the color saturation. That’s a very nice advantage. The glass on the display is Gorilla Glass 2, not Gorilla Glass 3 like the 1020.If you’ve seen pictures of the Lumia 1520’s screen, then you saw crisp and very vibrant displays. Usually pics are enhanced to make the phone look better, but in this case it’s the truth. The 1520 looks gorgeous. The HD screen is just beautiful, even with the low brightness setting.

Since my experience with the Lumia 1020, I’ve grown more comfortable with Windows Phone. After the initial setup time (adding email accounts, social media accounts and downloading apps), I started focusing on the differences between the 1020 and 1520. 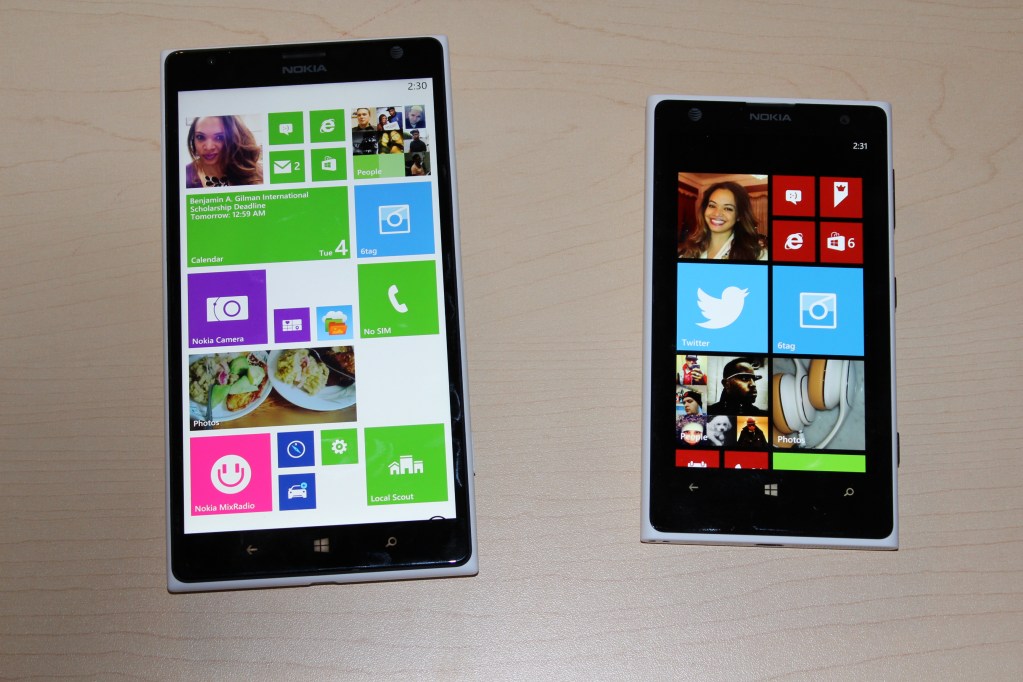 You definitely don’t get tired of looking at the screen. I would find it a bit difficult at times to navigate the phone one-handed, but that’s obvious. You can’t expect to handle the Lumia 1520 with too much comfort when the screen alone is 6 inches. The 1520 is also a bit more squared at the corners, it will dig in to your palm when typing. It’s just a bit annoying. Typing however, is a lot easier on the big screen. It’s a given that bigger keys allow more comfort. I still miss my swipe-to-type gestures.

As always, I don’t have a problem with AT&T’s coverage in New York City. But I refuse to hold a massive phone to my ear for a conversation. I’m also a headset / headphone user for that. But great call quality as always. 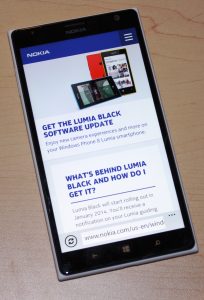 The 1520 has the Lumia Black update, but since I was using the 1020 with the same update, I really didn’t experience the upgrade. But in case you’re wondering, the Lumia Black update includes many enhancements, such as Bluetooth 4.0, and double-tap phone, Nokia Camera apps, and Nokia Beamer.

The screen and camera are the major selling points (at least in my opinion) of the 1520. The larger screen allows for a third row of live tiles to be added. Looks nice and it’s useful when adding all your favorite apps on screen. You probably won’t have to scroll to search for them.

Just like my experience with the Lumia 1020, my Windows Phone 8 experience keeps getting better. More apps are being developed for the OS and all the major apps I use are on there. I am looking forward to the 1520 getting the Windows 8.1 update. The main apps I use are Facebook, Twitter, 6tag (Instagram app), 4th and Mayor (Foursquare app), Spotify was my go-to music app since there is no Google Play All Access. But the Nokia Music app is great too. I started using it a bit more.  I miss my Google Apps of course.

Like many others out there, I wish there was a dedicated notification bar. It’s one of those things that you just need and is useful across all platforms.Windows keeps growing and doing well so far. 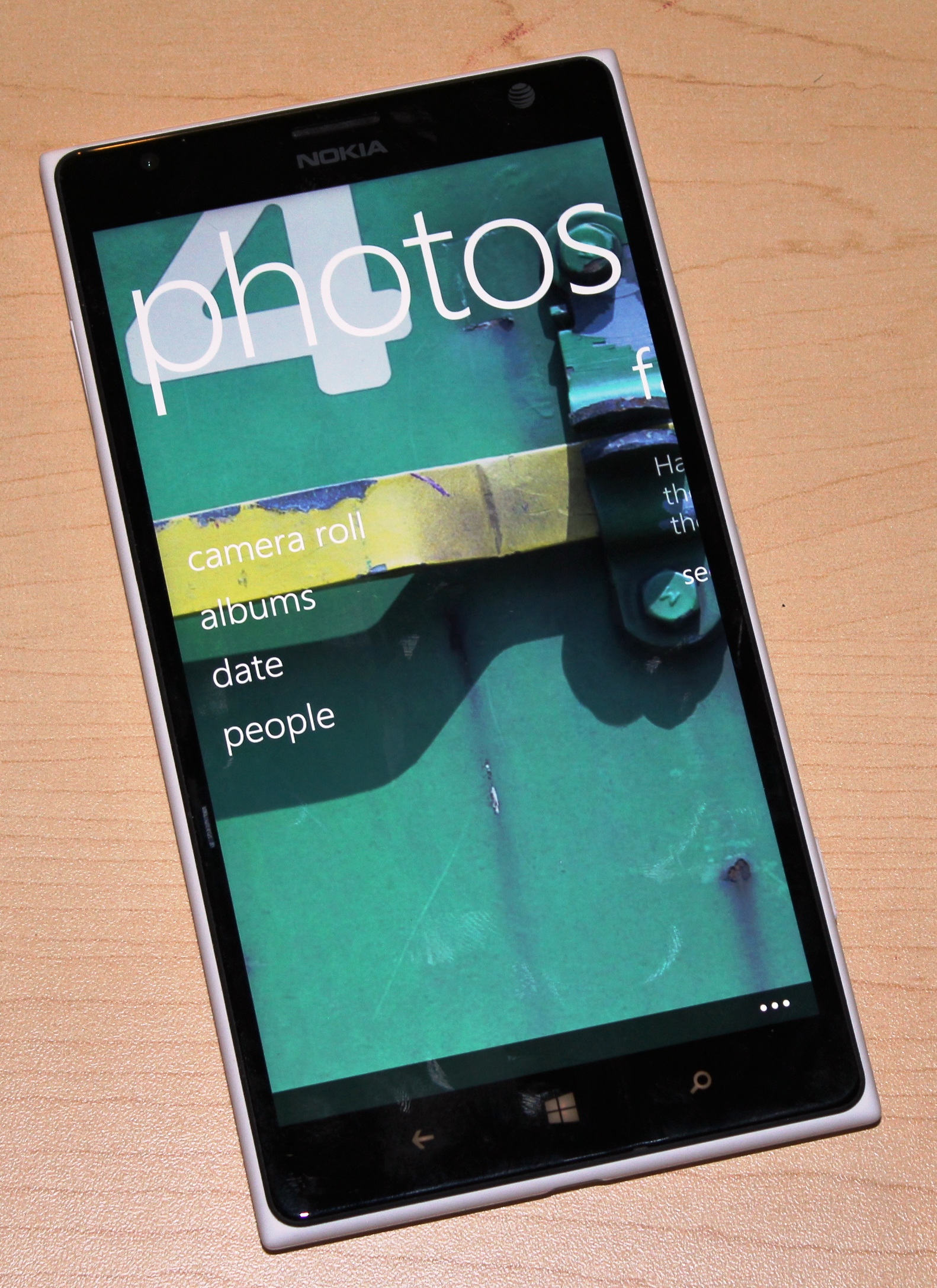 Needless to say that it takes great pictures. Especially if you get down and mess with the settings. I of course used the automatic settings, but the pictures still came out beautiful. Also like the 1020, the camera take a bit to load between shots. Sometimes those couple of seconds mean all the difference in getting a good shot, a great shot or no shot at all. You gotta love the optical image stabilization. It helps tons. You will enjoy using the Nokia Smart Camera app that allows you to get creative shots with options such as motion blur and best shot.

As for the front-facing camera, I wish it was at least 2 megapixels. Sometimes the selfies don’t look great. I’m happy with the dedicated camera button, I can grip the phone a bit better to take pics.

I do prefer the camera on the Lumia 1020. How can you deny those megapixels? What can I say? I have been spoiled.

Low-light pictures come out great on the 1520, but we’ve sort of come to expect that from Pureview. A person who enjoys toggling with manual setting will enjoy the camera on the 1520 the most. The huge display makes for a great viewfinder.

The Lumia 1520 might be too big for some, it might scare them off initially. But if you’re willing to work with and/overlook the size you’ll get the best Windows Phone out there. It has the speed and performance the Lumia 1020 lacked due to the better processor, and the screen is more beautiful than it is annoying.

The great camera, camera apps,  and dedicated camera app help you take great pictures. They allow you to get the best out of a smartphone camera. Nokia is definitely doing a great job of putting Windows Phone on the map.