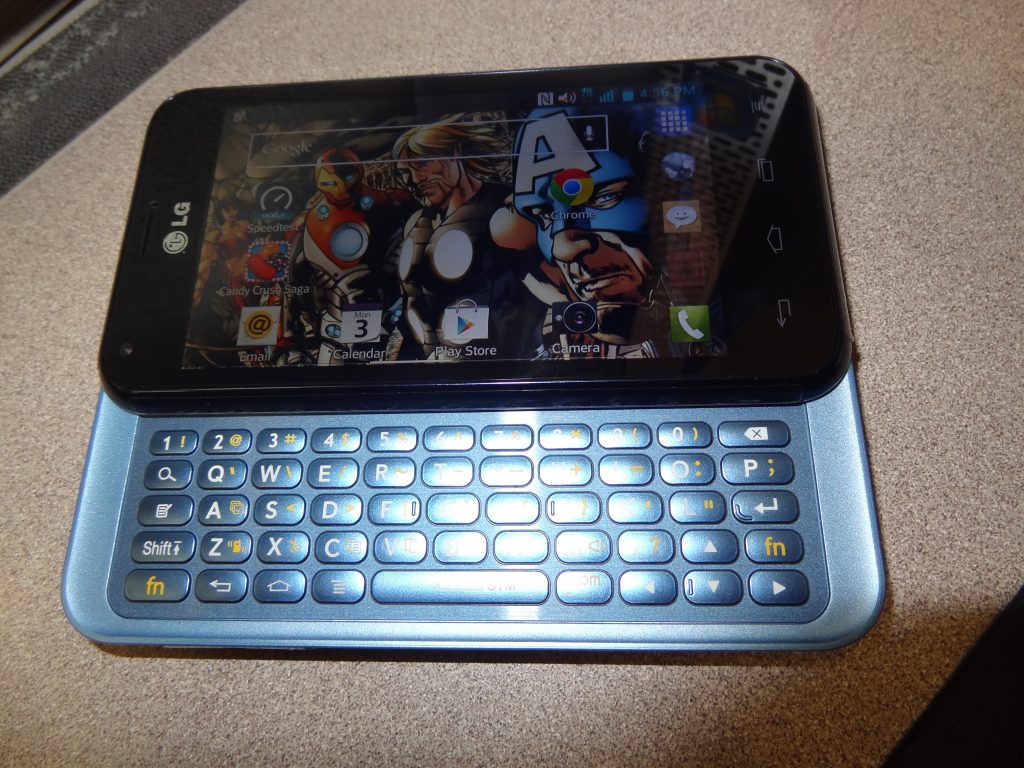 While here at G Style we been known for covering more of the high-end or unique smartphones out on the market, we do have to remember there is still a market for those that don’t care about those devices and would just like a simple, cheap phone to use and do stuff with. T-Mobile supplied us with the LG Optimus F3Q which takes me back to the days of my first ever android phone the HTC G2. Nice display and large QWERTY slide out keyboard to do texting at a fast pace like no other.

A lot of us have moved away from physical keyboards and gone full on into touchscreen territory thanks to the iPhones and Samsung Galaxies of the world. Is the LG Optimus F3Q a good mid-range phone to pick up for yourself or loved one? 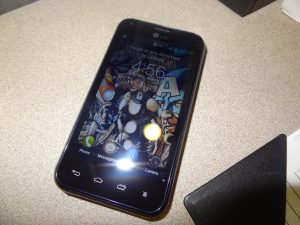 The Optimus F3Q has a 4″ 720p display, slide out QWERTY keyboard and is running with a Qualcomm Snapdragon 400 dual core processor. If you are looking for high-end specs don’t expect it here. It does have a 2460mAh battery which is more than the powerhouse Nexus 5 smartphone also by LG. Also it has 1GB RAM, and some how it’s advertised of having 4GB of storage but when you take it out the box you get 1.1GB. This was very disappointing as even with some of the usual apps I’d download, afterwards I was hovering about 400+. At least there is the option for external storage with the ability to add a 32GB microSD card. Also it has 4 capacitive buttons to help you with just about every scenario.

For a mid-range device it runs pretty speedy which could be in part to LG’s OS, as well as the Qualcomm processor to go along with it. Running on the F3Q is Android’s Jelly Bean 4.1.2 and I imagine that’s as far as this phone will go. Sad to see it’s not running later versions of Android but I imagine if you wanted later versions you wouldn’t have opted for this device in the first place. Battery life is impressive as putting it through its paces it held up pretty good for a while.

Seeing this is a 4G LTE device, I did get the usual good speeds I’m accustomed to getting on T-Mobile so don’t fret to be data prone here. Running your usual apps like Netflix, WWE Network and such fared well. 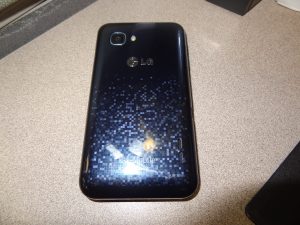 Camera shoots at 5MP on the back with 1080P recording and old school VGA shooting on the front. I did test snapping a picture here and its fine for what you are paying for. Just expect greatness in detail like LG’s other high-end devices such as the G2, or G Flex.

I remember when I used to be a big fan of keyboards and the last device I used with a keyboard was the Blackberry Q10 who had an excellent QWERTY laid out typing panel. The keyboard isn’t bad on the F3Q but it feels small with it crunched under the display with may not give you a lot of room and the fact typing on a screen at this point may seem easier.

Return of the Slide

The Optimus F3Q isn’t a bad mid-range device for those scared to make the leap into full on touchscreen territory and want that security blanket with full on keys to type on. Once again it runs great with minimal lag but they could have done a bit better with that abysmal internal storage.