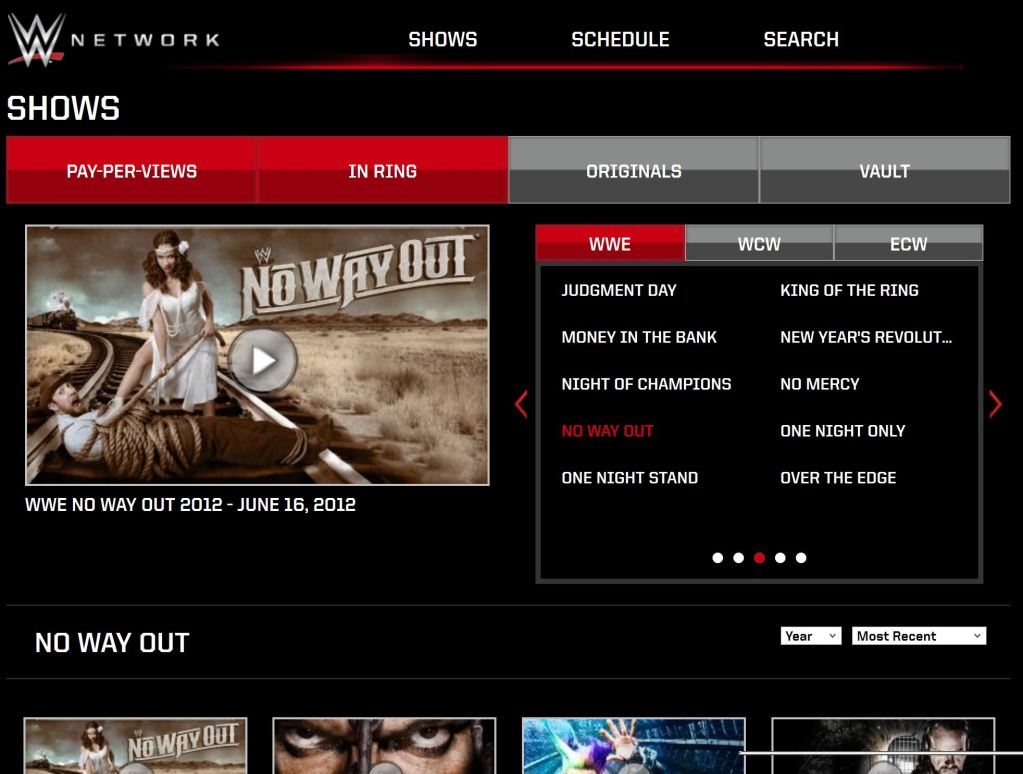 If you weren’t aware I’m a big fan of wrestling. I grew up on it thanks to my dad and I been an avid watcher ever since. There may be a few years I fell off the wagon back in the early 2000s but I’m addiction and keeping up with it is as current as can be. So when we got invited by WWE to check them out at CES I was pretty hyped of what was coming out of it. Of course what resulted was the announcement of the WWE Network and its launch hitting on February 24, which I’m pleased to see they made it to that date.

With the app launching on Monday morning, it was a mess trying to get signed up for the deal. But what did you expect? Offering a free week trial to test out the service before actually committing wasn’t going to drive their servers crazy? I gave it some time and eventually registered and signed up later in the evening. So far testing it on the mobile app and heavily on the website, I have some nice rants and gripes about the WWE Network thus far that you can check below.

As far as support is concerned, it seems to vary by device. I have not had any issues with my laptop and smartphones. I have heard glaring reports of issues with the Xbox 360 and also with the Xbox 360 you need to have a Gold Membership just like 90% of their other apps like Netflix, UFC and even YouTube(smh). Also AppleTV is supported but Chromecast isn’t. Unless of course you do Tab Casting which I have done and worked. But I’d like to see Chromecast be fully supported by the WWE Network sooner then later.

Anything you like/dislike about the WWE Network so far? Any great matches you caught and missed out on?