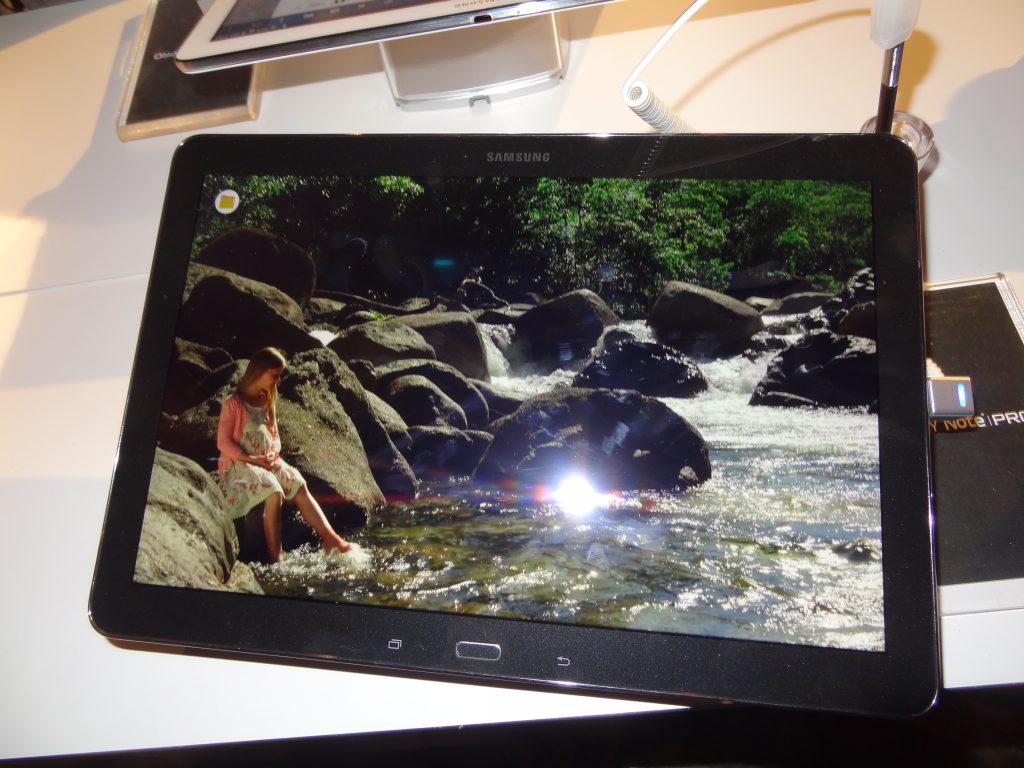 Yesterday evening after Samsung unveiled their latest tablets at their Press Conference we were invited to a special Product Lounge to get some personal hands-on with the devices before the CES 2014 show kicks off today at the Las Vegas Convention Center.

The NotePro is a premium successor of the Galaxy Note 10.1 2014 that Samsung released a few months ago but its more then just a slight upgrade. The NotePro comes in at a massive 12.2″ and produces 4 million pixels. Looking at up close and personal the colors are vibrant and punchy and look excellent. Checking out some HD video on it as well looked beautiful.

The TabPro comes in a variety of sizes with 8.4″, 10.1″ and 12.2″ looks to mirror the same specs of the NotePro. Having them both side by side I couldn’t really tell the difference the two besides the NotePro having a S-Pen.

The Magazine UX for the NotePro & GalaxyPro is a pretty slick dashboard and gives you notifications of everything you want to know at just a tap. Compared to how it worked on the Note 3 where it was more of you swapping up from the bottom of the screen and accessing the app.

Samsung continues to evolve Multi-Window where now you can have up to four windows open at one time. One at a time I was able to add on a window till I got to foure and even make some smaller and focus on a bigger display if I needed. Testing it out, it was rather seamless going from one to the other and still able to utilize the drag and drop feature that was on the Galaxy Note 3 is awesome. 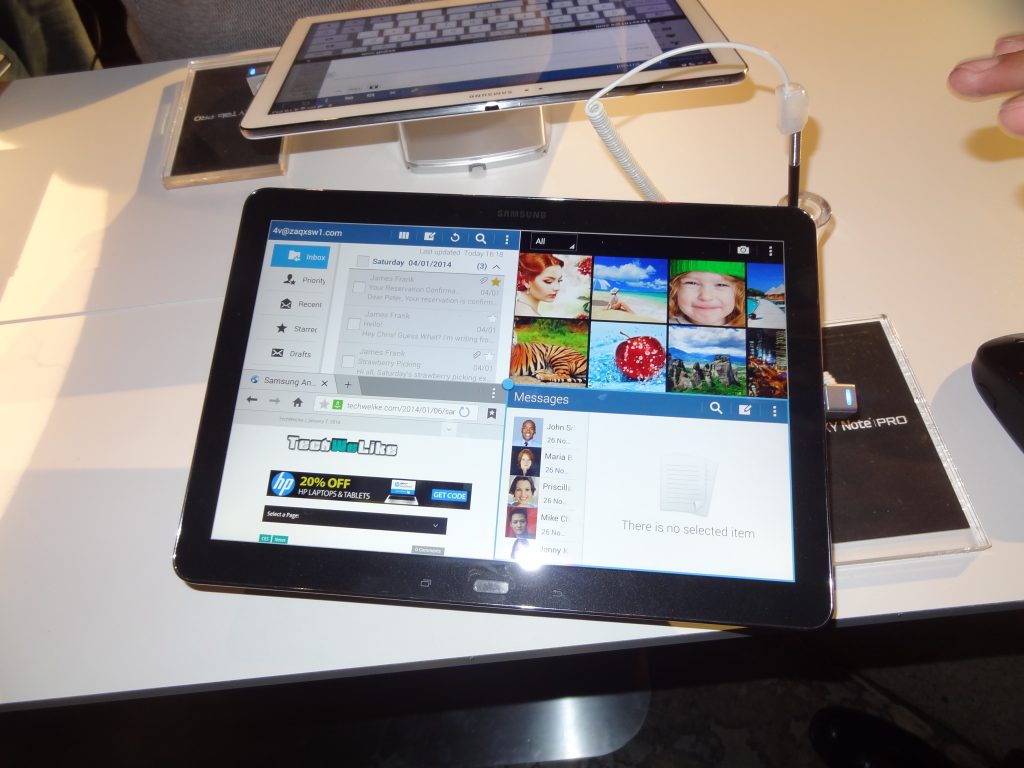 The main focus with the Pro line is productivity and they are making sure you use these tablets for everything possible and leave your laptop to the side. The S Action Mouse adds farther usability with the Pro and I was able to scroll up and down on the tablet and use the mouse to click on anything I needed to.

Keep a eye out for further news on the Samsung Galaxy NotePro and Samsung Galaxy TabPro in regards to release dates, pricing, and if any LTE models will hit any carriers in the US.