If you got yourself a new smartphone for Xmas or just recently within the last month, you’ll soon be ready to download some apps for your everyday needs and general use. There are thousands of apps to choose from but most people who we’ve encountered narrow down the number of apps they use most frequently between 8-10, myself included. The folks here at G Style picked some of the best apps to have we found most useful. Some are for iOS and some are for Android and Windows Phones. Of course you should do what’s best for you and choose according to your lifestyle. Here’s what we chose as the some of the best apps to start with: 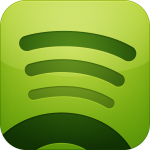 Spotify – (Free: iOS and Android) Probably the best music app available. I love to use it because it eliminates having to buy albums and songs just by being a subscriber to the “Premium” service. You can sync across multiple devices whether iOS or Android, PC or Mac. Spotify has one of the largest collections of music available to you. You can subscribe to other user playlists, create playlists as well as use the radio function. You can use it in offline mode with synced lists and a host of other features. Spotify is best used with the premium service which is $9.99 a month because it allows users all of the features that the free version does not but the free version is fun to use as well. 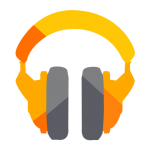 Google Play Music – (Free or $9.99 for Music All Access) A little bit different from Spotify but a great music app nonetheless. You can sync your iTunes music with your phone, your personal music mp3’s via drag and drop, purchase music, share music, create playlists, you can also add up to 20,000 songs to their servers for free initially. Great music app nonetheless. Or subscribe to All Access and be able to stream the full catalog of Google’s Music holdings. 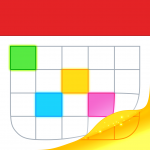 Google Drive / Dropbox (Free and Paid “premium” services) – The best two apps to have if you use cloud storage to back up your documents, photos and files. Not really too much to elaborate on here. Most of us use either one or both of these. You can sync both apps with your devices and have access to your stuff at any time. Both are featured packed and have different reasons as to why you should pick one or other. You could also maximize your storage capacity and use both. Why not? Besides, in 2013 going into 2014 you should be using some form of backup by now. These are the best for that. 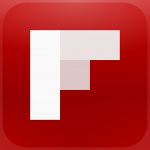 Flipboard (Free) – I personally use Flipboard as my everyday RSS reader. You can add content from your favorite daily websites by just syncing it with a twitter newsfeed, Facebook, Google +, Tumblr or really anything connected to a form of social media. It’s a beautifully designed app with tiles that you “flip” through to read your content. If you’re a reader then Flipboard is a must have app. 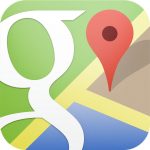 Google Maps (Free) – The standard-bearer when it comes to being able to find a place to get to. Whether you’re lost, looking for an alternative route or you just want to save a place that you’ve been or want to go to as a favorite, there is no better app to use. It comes natively with newer Android phones but older models can download it from the play store. It’s also available for iOS. While iOS does have Apple Maps built into it and it has made improvements we find that it just isn’t as easy to use as Google Maps. Definitely a must have app. If you’re looking a navigation/finder. Google Maps 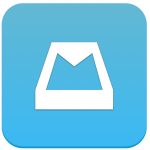 Mailbox and Gmail – (Free)(Mailbox iOS only) The two best mail client apps available. Although Mailbox as of right now is iOS only it’s still one of the best email apps that I’ve used. The idea of it is to minimize clutter in your inbox. It uses a system of gestures to help you do this. It allows you to archive, delete, save and snooze emails for reading at a later date, all of which any email app can do but Mailbox does it differently and better if you ask me. Swiping left or right determines how your emails are handled. Simple. It has a minimalistic look perfect for iOS 7 so if you’re an iPhone user this is a must have email app. 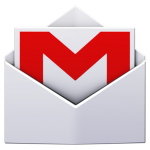 Gmail’s email app is just what you’d expect. It’s Google-esque. Essentially it’s a scaled down version of the desktop version of Gmail for your Android, iOS or Windows phones. Can’t go wrong here if you have a Gmail account and you’d prefer to use their app as opposed to your smartphones’ native mail app.

VSCO Cam -($0.99 Paid) For the most part if you’re not a photographer or trying to be then you probably don’t care for photo editing apps. For those of us that choose to add a little flair to our pictures there’s nothing like having an app for that. For that I chose VSCO Cam it has a wide variety of presets that manipulate color, style, and feel more so than just using your phones’ native application. There are so many different options. It’s definitely an app you should pickup if you want to use the presets that Instagram doesn’t have available. I had a lot of fun just tweaking my photos and being able to really enjoy the end result. The only drawback is that VSCO Cam does have some features that you have to pay to add in as opposed to being a part of an update, and also the preset options available if you want them are not really for the novice at least I didn’t think so. Still the best camera app in terms of complete features available 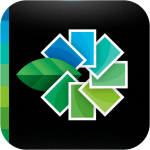 Snapseed – (Free) The newest photo editing app and a very good one too. Not as feature packed as VSCO Cam but it doesn’t need to be. This app has just enough features for the semi-professional and more than enough for the novice. My favorite function is the Tilt-Shift (which makes everything look like toys). This is truthfully the best camera app to have. i gave VSCO Cam a bit more of nod because of its potential and features but Snapseed is NO slouch. Definitely a must have app for the photo lovers.

In conclusion, I’ll say this. The apps that we chose that are on this list are what we would consider your starter apps, your foundation. Going forward of course you’ll experiment with new apps and apps that are tailored to your lifestyle. For many of us by now we’re probably on our third or fourth smartphone and already know the routine. For those who are a little bit more casual than this list is for you. Enjoy.