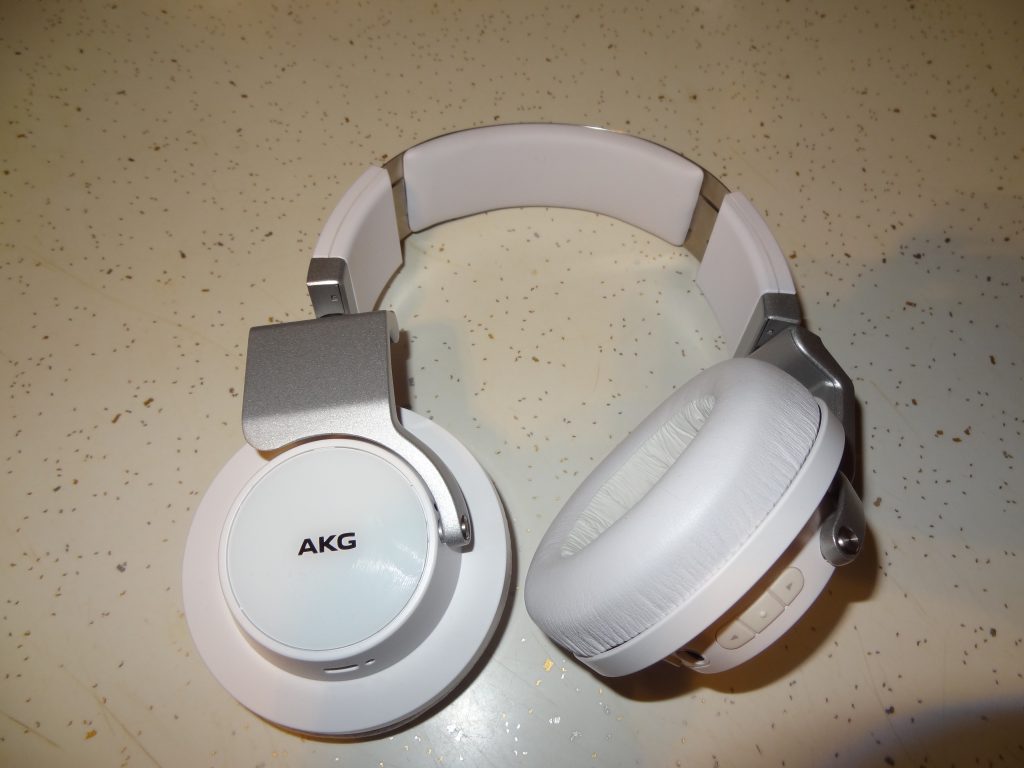 Some people are wondering who AKG is right. Or is it more of the younger crowd? AKG believe it or not has been in the audio game since the 50’s and has been making anything from microphones, headphones and other audio equipment. AKG was put under the Harman umbrella back in 94’ and sits there now with JBL, Revel, harman/kardon and a laundry of other audio equipment companies. They have gotten huge praise for other headphone models such as the AKG K550, K451, and K495 in the past. This isn’t their first hand in wireless headphones but it is their most recent venture with the AKG K845BT headphones. Does AKG have another hit on their hands with the K845BT? 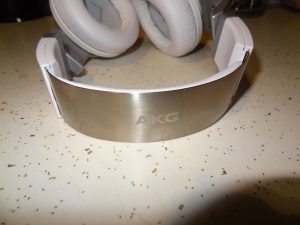 When I first unboxed the AKG K845BT headphones I found they were eerie familiar to the JBL Synchros S700 I reviewed a little over a month ago. They feature 50mm earcup drivers with soft cushion cups that feel great on the ear and not too overwhelming just like the Synchros S700s. They swivel out to lay flat for easy storage in a laptop bag or even a suitcase. Attached to the ear cups is a long metallic headband with cushion underneath as well for your head. AKG 845 is branded atop that as well as on the outside of the drivers.

While I like the design I guess it doesn’t have as much flare as the Synchros S700 by JBL. They are lighter than the JBLs though and I’d expect the opposite with the wireless technology built in each ear. Also they come with a microUSB cable for charging and audio cable if you don’t want to roam wireless or your battery is ready to kick the bucket.

So the main feature on these of course is Bluetooth. They work wireless and sync up 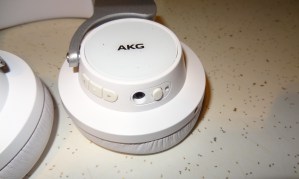 pretty easy with my smartphones. I have used it thus far with the Google Nexus 5 and Samsung Galaxy Note 3 without any complications. Turning them on you gets a brief auto tone and also a blue light blinks on the right ear. Back to that blue light… it blinks the entire time you use it. While it won’t be noticeable to you, I can imagine it being an annoyance to others and if you didn’t want people to know you were even listening to music. Also they don’t seem to shutoff after a while of non-use. I can turn off my Bluetooth or leave it on and it’s still on. Above the blinking light is the volume controls and on the left ear is the port for charging via microUSB. Built inside one of the ears as well is the ability to sync via NFC with a smartphone.

There isn’t anything else that standouts with the Bluetooth experience like using the SOL REPUBLIC TRACKS AIR which features music control options and audible for powering on/off the device which I think I grown accustomed to as of late. Overall the AKGs are worlds more comfortable though and do what they were created for.

Placing the AKG K845BT on your ears can set you up for an immersion into music if you let it. Starting up with R.Kelly’s R&B track “Leg Shaking”, vocals are clear and that sudden thump of bass can be felt and isn’t over overbearing. Turning to high levels didn’t create any distortion as well. Likewise with M.I.A. tracks “Bad Girls” & “Y.A.L.A.” which have an electro/alt dance sound to them, there are various bells and whistles going on which can be heard clearly from the drums pounding to the ever changing style throughout the tracks. Throwing different genres of music to these headphones takes it with ease and the fact it’s all over a bluetooth connection is good. Bluetooth can be seen at times of not providing you crisp audio because of the conversion but doesn’t seem to miss a beat.

If you have the chance to give these headphones a listen definitely do so. Bluetooth syncs well, no distortion, very comfortable, it’s all there. Only issues I really have is the constantly blinking Bluetooth light and no auto shutdown of the device even when not synced up with anything. I havent encountered any battery dying quick though which is a plus.

Even though AKG isn’t on the pop culture radar like Beats, Monster, SOL REPUBLIC, and others, the K845BT is a pair of headphones that should definitely be given a listen to and could be something greatly missed out on.