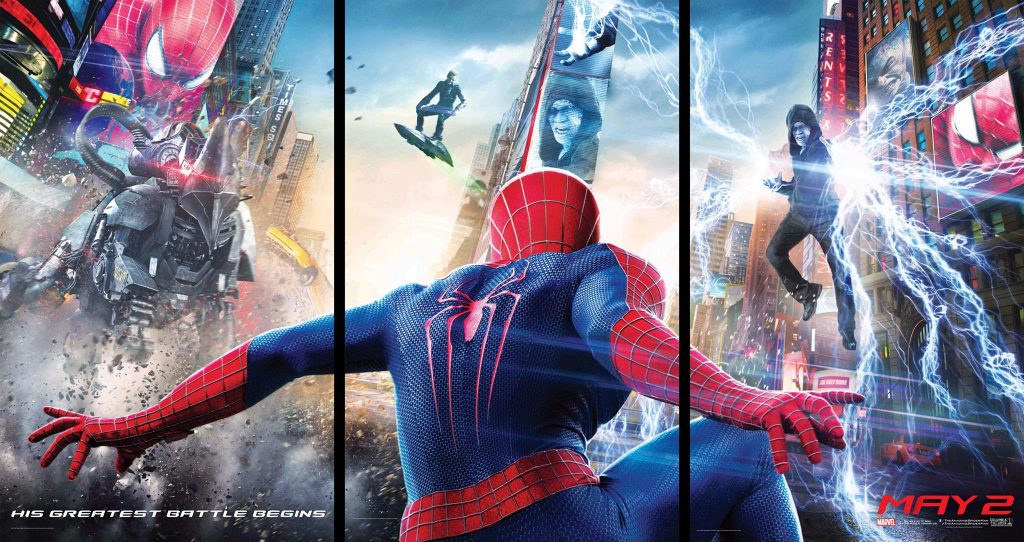 The Marvel movie machine keeps churning out what looks to be a interesting 2014 for comic book fans with the first trailer release of “The Amazing Spider Man 2”. Taken place after the first film Peter Parer looks to continue his relationship with Gwen Stacy while juggling being everyone’s Friendly Neighborhood Spider Man. Shown is his downward spiral path with The Osborns as well of the emergence of a host of baddies for Spidey to do battle with throughout the movie. After hearing of The Rhino being in the film we see they are going with the Ultimate Version which is the metallic armor suit. We get a great deal of Electro causing havoc on everything in New York City and flying after Spidey in various scenes. Harry Osborn looks to don the Green Goblin suit and make Spider Man’s life a living hell.

After seeing the trailer more light is shed on the disappearance of Peter’s parents as well as the host of villians Spider Man will end up facing. If you saw there were teases of suits for the Vulture and Doctor Octopus in Oscorp which shows Marvel is definitely going on with the Sinister Six storyline we been eager to see play out. In any event the trailer looks promising and hopefully the movie is as well with it joining both X-Men and Captain America films in 2014.