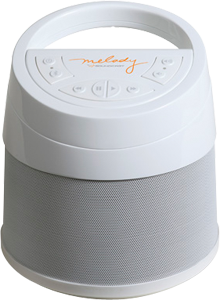 Man listen, I have to go on record as saying that the Soundcast Melody Wireless Bluetooth v3.0 is easily a portable concert. So pull up a chair and take notes as I tell you why. Opposed to some outdoor Bluetooth devices that parlay sound similar to a teacher running her nails down a chalkboard, Soundcast has created a monster. (In my Dr. Frankenstein’s voice) “It’ alive, it’s alive!” The moment that I plugged in my iPod and pressed play I thought, “This is sounding pretty clear and controlled. But this is only at mid-range.” So I proceeded to turn it up and no distortion. The mids, the highs were like a controlled bomb wanting to explode to scatter its pieces and mayhem. This is not in a bad way by any means. To its highest level everything was still crystal clear. It’s like this speaker put the bass in a chokehold and controls it’s every move. The Soundcast Melody filled up the park with orchestrated malice. The Melody is just that, Melody driven sound. Soundcast and its mad scientists gave me a great device that allows me to share with the world what’s on my playlist. 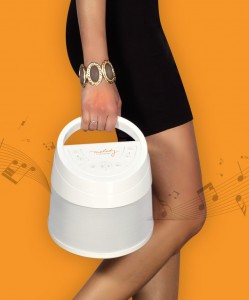 So me being that guy who likes to kick the tires and tries to crack codes, I felt like ok the iPod was connected directly to the device so of course its going amplify its bells and whistles. And now its time to pop out the Android phone. Yes, the LG G2 to be specific. I say to myself, “Hey Melody, I think we should pair up” so I paired my Android’s Bluetooth with the Melody Speaker. You now talk about no let down, not even a decimal. It still cranked out like a beast to say the least. The one thing you need to be aware of though is that if an aux cord is still plugged into the device it will not let you pair your device. So make sure nothing is plugged in. I forgot I left the connecting cord in the speaker for my iPod but as soon as I took it out the Bluetooth pairing was easy peasy. I have a variety of taste in music so I tried rock, house, hip-hop, reggae ton, pop, r & b, dub step, jazz and alternative music that was still sounding great in each genre. 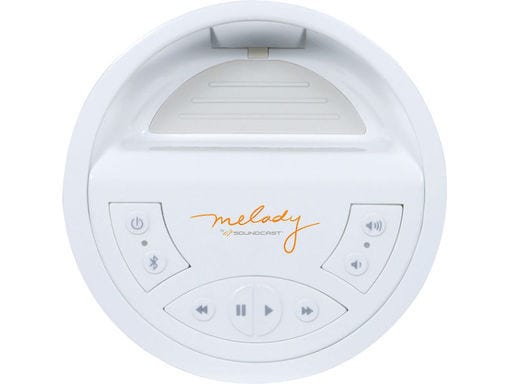 You can stream music from your personal music collection, from the cloud or use a wide variety of Apps such as Pandora®, Spotify™, Rhapsody®,TuneIn® or locally from your iPod. And just when you thought it couldn’t get any better you’ll find out that the Melody is all-weather designed for rain or shine to play music anywhere. Bottom line, I’ve already included the Soundcast Melody on Gstyle’s Top Bluetooth Speakers Holiday Gift Guide 2013. To be honest please do yourself a favor be selfish and cop this for yourself, but if you’re humanized then this would be a great gift for anyone who is a lover of music. Trust me your name might be the name of their first born if they don’t already have any children. Soundcast is definitely casting sound so catch an earful. The Soundcast Melody Wireless Bluetooth v3.0 retails for $449.99.